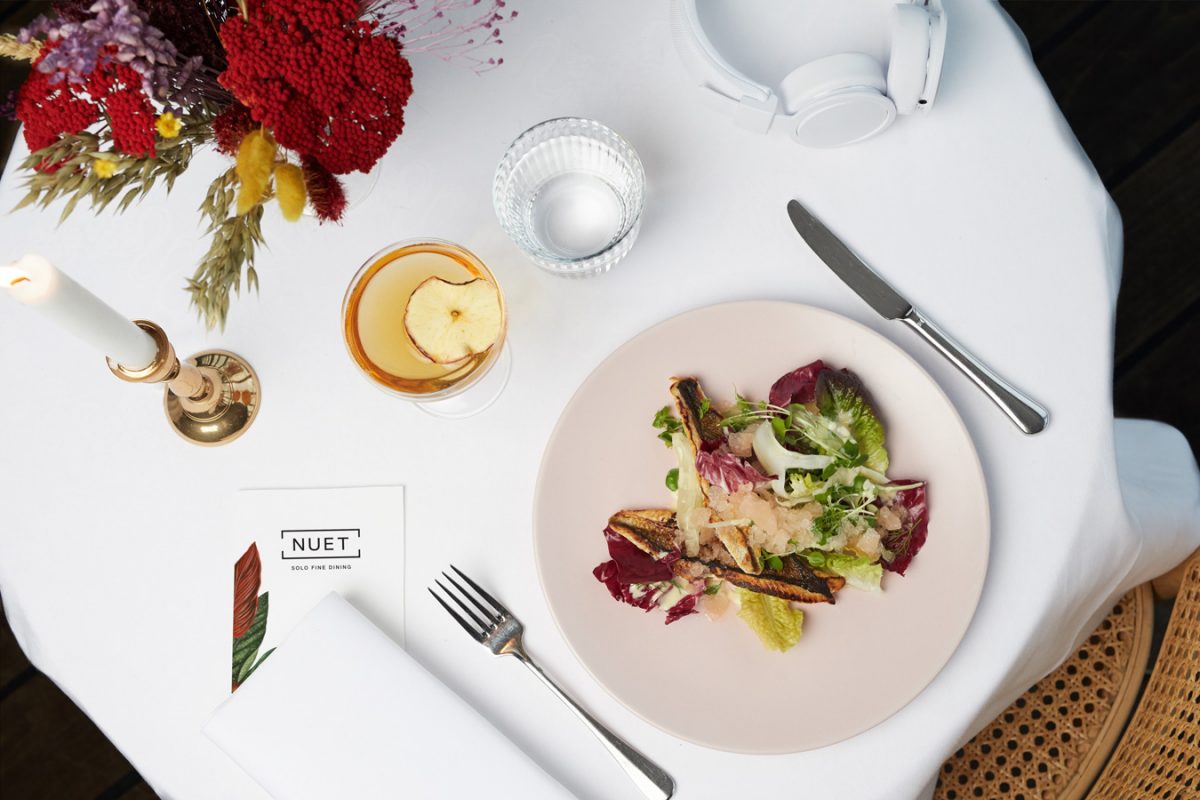 Rum brand Zapaca have been running the pop-up restaurant concept NUET intermittently for a few years now, with the last incarnation having the quirk that guests were required to relinquish their phones for the duration of the meal. Now they’re back with another edition, and this time they’ve gone to another new length to get people to focus on their food.

The idea here is basically that while shared dining has been a big trend over the last few years, it can mean that the  focus on the food itself is lost in the noise of company. So here, guests dine solo, accompanied only by descriptions of the food from the chefs and suitable music on a headphone-transmitted soundtrack. As well as appreciating the food more, the idea is that guests can learn to enjoy their own company, a little time to themselves. The meal comes from chefs Linn Söderström and Marion Ringborg of the celebrated Sköldungagatan restaurant Garbo. Michael Hajiyianni, the Copenhagen-based bartender who finished ninth in the World Class competition for bartenders last year, takes charge of the drinks.

“At Zapaca, we have over the years created a number of unique food experiences in the Nordic countries, which have challenged our guests to really be present, without digital distractions, and have full focus on the food and drinks. Our third edition of NUET by Zapaca is inspired by Buddhist months who eat together, but in total silence. This sharpens their focus on the food and drink”, says Maria Vegeberg Gram, Senior Culture & Entertainment Manager at Zapaca’s parent company Diageo Reserve.