I Get Around: Karley Sciortino Interview 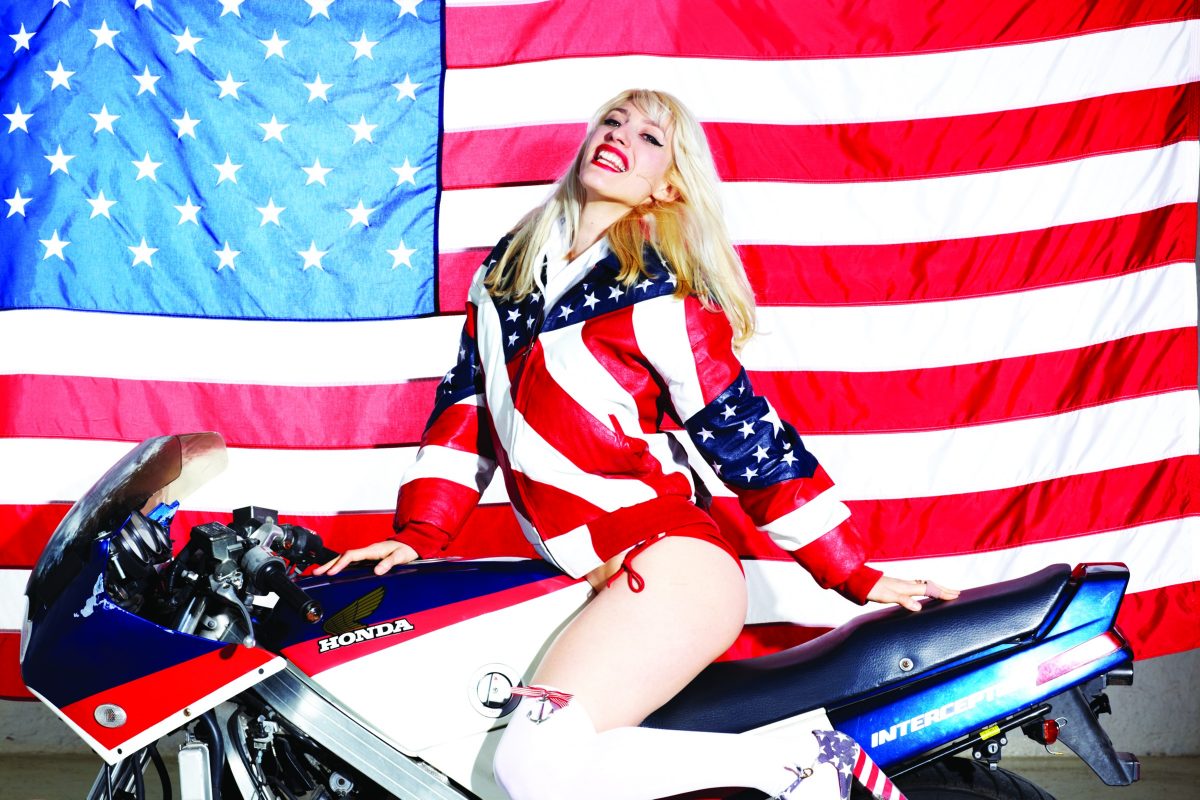 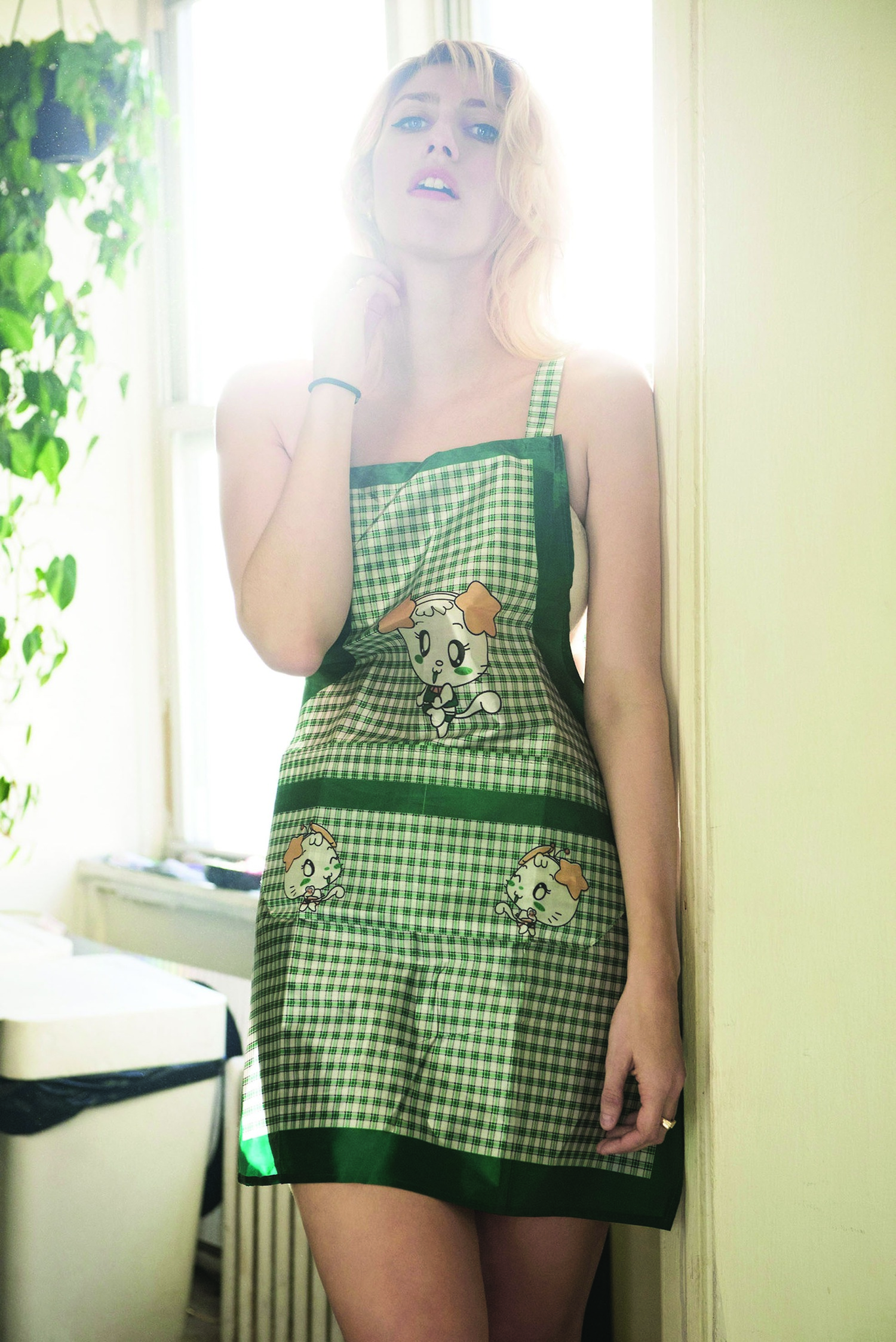 Sciortino is one of the great examples of the modern life lived on the internet, having snared her ex – fellow Vice writer Hamilton Morris – by expressing her amorous feelings on her blog and letting Google Alerts play cupid. Five years on, Slutever is poised to make the leap from a semi-online diary to full-fledged memoir, following in the footsteps of the New York beauty world’s enfant-terrible, Cat Marnell. When I caught up with Karley she was holed up in Paris with her girlfriend trying to avoid the distractions of NY and put fingers to the keyboard.

So what lead to writing a book?

I got approached by a literary agent in New York and she said it was a good time for me to create a book that’s like the narrative version of my blog posts. So it’s not like a crazy book set in space, it’s a narrative starting from when I lived in London up until now and… it sounds kind of cheesy to say it’s a memoir, but there’s not really another word. My mom was making fun of me saying, you know, “you’re writing a memoir, and you’re not even 30, you haven’t even done anything yet.” I really wish there was another word.

Have you started writing it yet?

Well, I’m writing the proposal now and then they’re going to try and sell it. I mean, Cat’s insane – she sold her book for $500,000 and my agent said that it’s great news, because it means the publishing industry isn’t totally fucked and there’s still money to be made somewhere. It would be so funny if I suddenly had $500,000 randomly.

I want to do something that’s vaguely commercial, I’m not trying to make the edgiest, craziest S&M story that nobody will read. I want it to be sort of funny and light – similar to my blog.

Broadcasting your love is what you do, but do you ever feel conflicted about how much you put out there?

It is actually weird – while it’s happening I never know how much to write, because you don’t want to mess stuff up in your own relationships by saying intimate things to a group of people online, but then you do want to talk about it because that’s the whole point of my blog: being explicit about sex and sexuality. It would be hypocritical of me to refuse to say anything about my own sex life or my own relationships, particularly when I’m interviewing other people about theirs. So I suppose I’m kind of riding a knife edge between what’s appropriate and what’s not. Towards the end of my last relationship I wasn’t really writing about it because we were fighting a lot and I was processing it in my head and it was too intimate – also I don’t think he liked it. But then when we broke up it was really weird, because I felt like, “so when’s the appropriate time to tell the random people on the internet?”

When I started the book proposal I realised that I didn’t just want to rewrite things that I’d already blogged about, so I think it will give me the opportunity to delve deeper into areas that I didn’t feel comfortable writing about at the time. Maybe in hindsight I can be more transparent and add in more details that felt inappropriate to talk about, but now with some perspective I feel I can.

You write quite openly about your friends, has it ever gotten you into trouble?

I think I’ve become more in tune with testing the waters and asking people ‘are you ok with me writing about this?’ and feeling it out. At the beginning, the audience was smaller, so I didn’t think that the repercussions were going to be as severe and I didn’t have any foresight. Like I once wrote about this guy I knew who was dealing drugs and he got really mad for pretty much outing him as a drug dealer, then I wrote about another girl that I lived with who was pretty much an aspiring prostitute and she was like, “it’s not really something I want to broadcast”.

My friend Dev [Hynes, of Blood Orange] says that sometimes people come up to him and say they know him through my blog, which I find really funny, but it works both ways. I went to a party in New York recently and recognised one of Tavi [Gevinson]’s friends. It’s like a really low-rent form of internet celebrity, like a reality star. But I’m way more careful about writing about people now, and sometimes I’ll even send it on to them first. 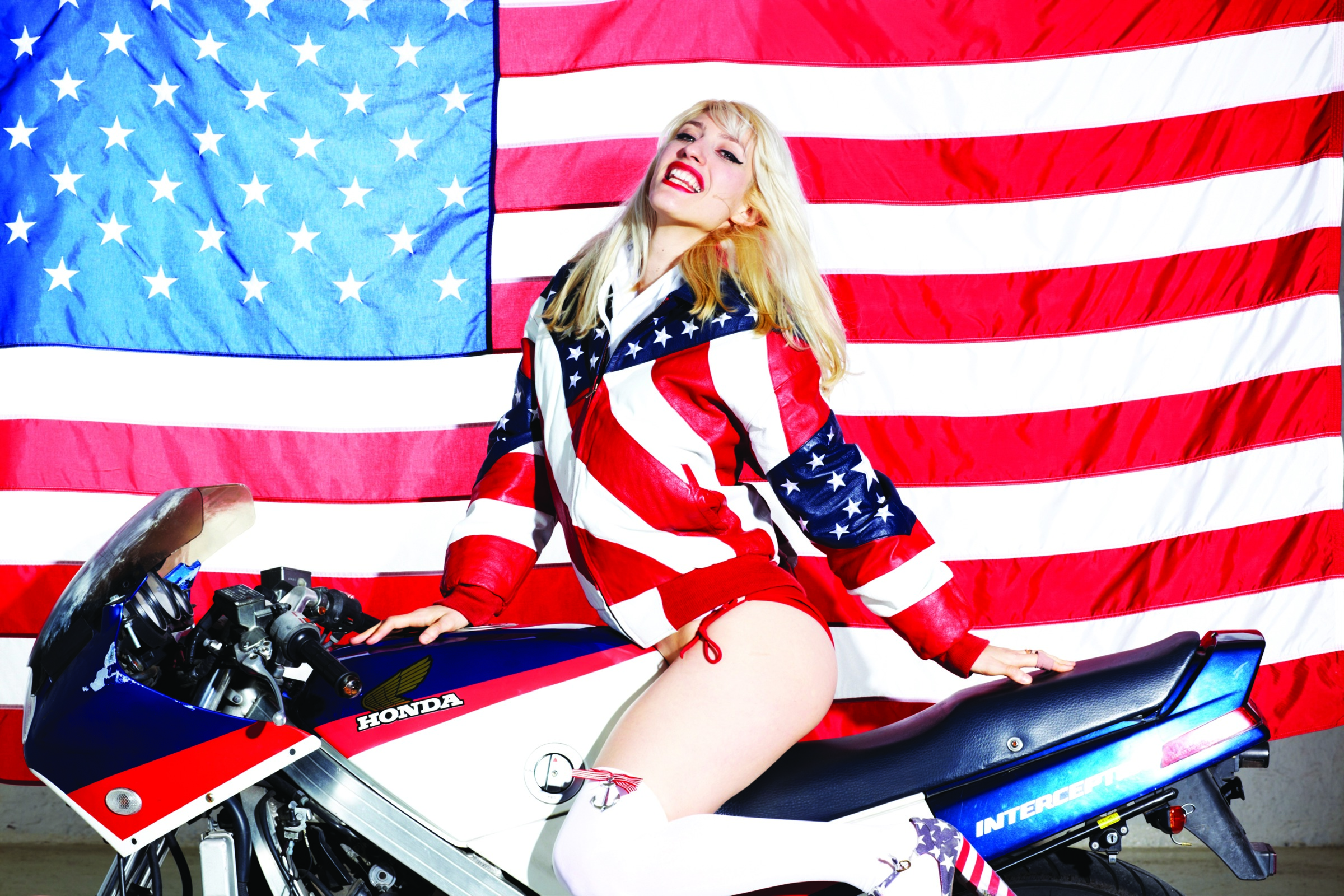 That’s… intense. So when did your parents find out about your blog?

I’ve never talked to my dad about it. I feel like he knows but it’s sort of a ‘don’t ask, don’t tell’ situation. With my mom, in the beginning it caused a lot of problems, because I hadn’t been writing professionally yet so she was worried about the repercussions, like what it would mean for my career to be writing about my sex life online. She was worried and angry at me, but then once I started to get work because of the blog she backed off and for the sake of our relationship stopped reading it. But stuff still gets back to her through my brother, or because people she knows read it. She’s pretty cool about it now, but I’m scared because I recently started dating a girl and for some reason I’m nervous about telling my mom because I wrote about it and I feel like someone’s going to tell her. I actually had like two nightmares about it in a row.
Is it a taboo for her?

I mean, for her being gay is not a big deal, and being bisexual isn’t either. She’s not a gay basher but I think it’s different when it’s your own kid – for her the difficulty would be thinking I was gay and that I’d been hiding it instead of it just being a grey area. I feel like it would confuse her too much, I just think she wouldn’t know how to process it.

What are some of the best interviews you’ve done?

I also just did another one of these interviews about people with disabilities and their sex lives and I feel like it’s the one thing that I do that you can’t really find on other sex blogs, it’s kind of unique. I did one with a girl who’s a quadriplegic dwarf who talked to me about losing her virginity on Second Life. She can’t move from her bed so she lives her entire life on Second Life and she told me about the experience and how significant it was and how it’s probably the only kind of sex she’ll ever be capable of. TS