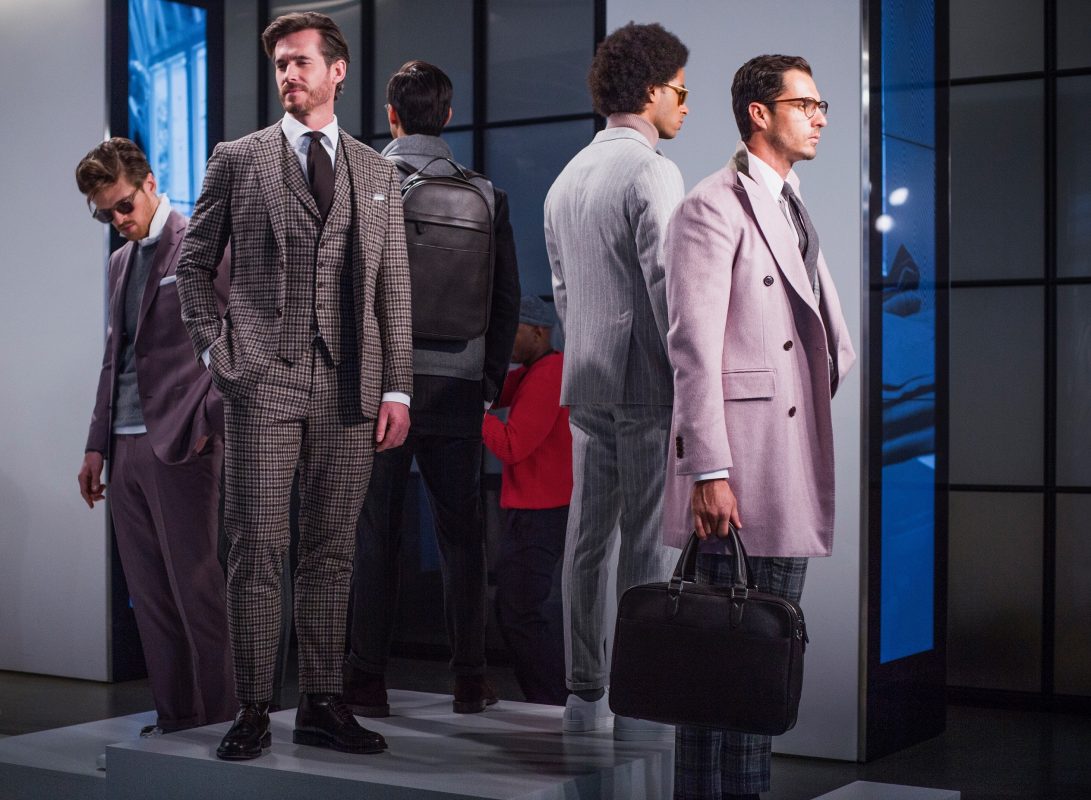 With an almost Alice in Wonderland-esque dream world layout, the new Suitsupply store in the heart of Stockholm offers seemingly endless racks of menswear. After wandering through rooms big and small, we find that one of the spaces in the 600 square metre store is home to a team of in-house tailors, ready to nip and tuck on the spot. The Dutch brand aim to make suiting accessible, stylish and easy with what they have dubbed a seven-day concept. The meandering rooms reveal not just suits, as the name implies, but also casualwear and even swimwear. Founded as an online brand in 2000, Suitsupply have become well known not just for their collections, but for their impressive destination stores. The latest one being Norrlandsgatan 13. We sat down with founder Fokke De Jong to find out more about his thoughts on modern tailoring and how men’s fashion has changed.

How did you first fall in love with the world of fashion?
Well, I was actually studying and needed to make money to get through college. I knew a guy, who knew a guy, who had a factory somewhere in Italy. So I got suits from him and sold them in offices on Friday afternoons – sort of like Tupperware parties. There was already a lot of direct to consumer happening then – this is back in 2000 – but not in the luxury segment, so I ended up founding a luxury, direct to consumer tailoring brand online. We were a little bit ahead of the curve, so soon we also opened some stores and learned that we could have them in places that weren’t really shopping locations like crazy villas in the middle of nowhere, or rooftops, because we used online to drive sales. That’s why it took a little time to find something here in Stockholm.

So how long have you been looking at opening a store in Stockholm?
For quite some time, because we wanted to find something like this that is different in this market. We found this location and when you look at it now you think oh, cool store, but it was a building people had a lot of problems with and we always like it when locations have a little hair on them, so we can get a good deal and then use our creativity to solve it and to make it work. What’s also important is to have enough space because we have tailors.

So you’re like the rebels of the tailoring world?

Sort of, yeah. Well, we’re not pure rebels, because we want to be relevant. But we think there’s a necessity for it. We all have to work and somehow function within the system, but this is something other than completely surrendering to it. The Japanese have a saying – if you put a lot of time and attention and energy into a material object, it will get some soul. I’m exaggerating a little, but I do think it is that way – certainly with clothing. If you feel there’s time and attention and dedication to detail, it will get some soul and people will put it on and feel it.

I heard you make all your suits from sustainable materials. Has that always been the case?
Because our fabrics are all sourced from Italy we have to comply to the highest possible standards. The water we use gets recycled and we try to use as little water as we can. We’ve always looked at that, but the last seven or eight years it has become way more important. We spend a lot of time on the quality of our fabrics, but also on quality in the making of our products.

You’ve been in the fashion industry quite a while, how do you feel men’s fashion has changed during this time?
What I see in general is that there’s a global cosmopolitan style that has developed. In this cosmopolitan world somebody in London can be influenced by someone in Shanghai and their worlds have become more international. Fashion awareness has increased enormously because of this little box here (points to his mobile phone). The amount of images we are seeing that influence us, has exponentially increased with Instagram and so on.

How do you see tailoring coexisting with fast fashion?
I’ve been hearing about the death of the suit for 15 years, and we’ve only seen it growing. In popular culture it has a big role, we dress people like Bruno Mars, Macklemore, P Diddy and just this last weekend, Donald Glover. But I think it has to do with where you are. Like I said before, we’re on the exciting axis, and if you’re on that part, the non-conformity part, it becomes relevant. As a brand you always have to be reliable, relevant and contemporary. We’re the counter of fast fashion. We’re about a product with soul, the new version of a specialty store.