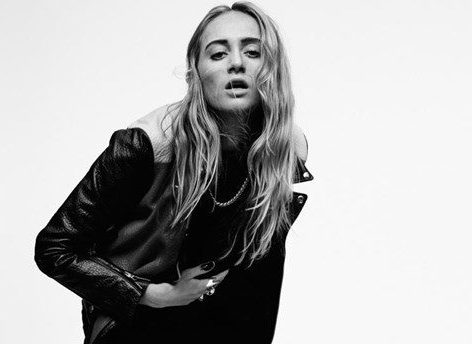 They are the soundtrack of a new generation of Swedish hiphop, a motley crew with a collective spirit and of varied international origin. Some call them political while others would say they’re just putting their life experiences into words. But above all else, they are enjoying both critical acclaim and, perhaps more importantly, a great deal of attention from music fans all across the country.
It began with Adam Tensta and really caught fire with Silvana Imam. Musical collective Respect My Hustle was launched with a vision to revitalise a stagnant and unimaginative hiphop scene back in 2005. Babak Azarmi is the man behind the steering wheel and Respect My Hustle has grown and evolved into a veritable beast, with huge influence within the Swedish music scene.
With one eye on RMH’s upcoming block party at Nobelberget in September we caught up with him to hear about his story.

Compare the Swedish hiphop scene back in 2005 when you started Respect My Hustle to what it looks like today.

Hiphop is a genre for me that is ever evolving. The purists, as in any other genre, might not like it to expand soundwise, but art is an expression and it needs to change to stay alive. The scene back then didn’t have anyone that stood out that much. Nobody was really trying to step out of the formula of what can be framed inside the hiphop label. Compared to today when artists are branching out from hiphop into different sounds and expressions.
I would say that we both did and still do play a big part into leading the Swedish hiphop scene towards more unconventional ideas. Everything from progressive sounds to resisting traditional methods and dress codes within hiphop.

Is your vision with Respect My Hustle the same now as it was when you first set out?

The vision for what we are or what we are doing changes every six months. I don´t like to stare blindly at something. I like changes, even when it evolves into something that really wasn’t planned at all. The vision should be able to get remixed at any time.
The only thing that we have been holding on to, hard, is the DIY mindset that we entered the scene with. It´s just getting more experimental for each year, because I would really hate for us to be a part of a cycle that comes and goes. I wanna be here forever.

What do you see as the common denominator between all the artists that RMH works with?
Fearlessness in art and expression. That´s what makes them all smart lyricists, I think. That, and their patience. Seems like people in general don´t have time for that anymore.

Are certain values and an outlook on life and music, and perhaps personal chemistry, more important than the actual genre of music? Can you see yourself work with someone making a completely different type of music or from another background?
I would definitely say so. Especially when our art and work is so braided together. Working with just the music alone, for me and my work philosophy, is a waste of time. I want to build something with the artists, I want to chase a moment with them and research for the next generation, so they’ll be able to express themselves as freely as we are doing now while utilising music as a platform. And to be able to do that we have to thrive by connecting with our values.
I always fantasise that the artists I work with today could have had a completely different sound. Like Silvana could have done grunge or Michel Dida could have had a rock band or Leslie Tay could be doing vocoder-opera.

Erik Lundin and Silvana Imam are currently two of the most talked about artists in all of Sweden. They both deal with questions of integration and identity in their lyrics. How important are they to the debate in Sweden 2016?
Sweden is in crisis now. Racism is increasing, refugees are not welcomed, we don´t have a real leader and other problems are just piling up right now. It´s a really messy situation and it´s dividing people by forcing fear and negative slurs from the media and politicians.
It´s easy to lose yourself and your core values when this disease of crisis is present in every corner, at every school, newsstand and billboard. And that´s where I think artists like Silvana and Erik are needed. They use their art as a response and activism. They empower the identities of the youth by being their voice.
We use the media a lot, and we do that because these untold stories and the new realities need to be heard, we have a chance to represent those who are denied that representation on a daily basis.

Could Swedish language hiphop ever be interesting internationally, do you think?
Two years ago I decided to have that as a goal for the work that I do with RMH artists. I learned a lot by travelling the world with Adam Tensta and always wanted to put that experience into action. I´ve just been waiting for the right moment to start to push the Swedish hiphop scene. With Silvana Imam, it was the first time I felt that this is something universal. Her onstage presence together with her representation and the willingness to sound like nothing else is for me a borderless power. Same thing with Cherrie and her music. She was born in Norway to Somalian parents, moved to Finland where she was brought up and later moved to Sweden, and she had a period where she lived in the UK. I mean, how could I not believe that their music has an international feel to it. We third culture kids, for us, there are no borders and languages really, we work with what we have and we create boundless. Silvana has already been in the states a couple of times performing (last time at SXSW as an officially booked artist) and Cherrie has had Zane Lowe playing her music on UK radio.

In September you do your second block party at Nobelberget. Can you talk us through the reasons for doing it and what you have planned?

We are an entity, a force of individuals with incredible life stories that we’ve chosen to share with the world through art and music. We have a space within RMH that we´ve built over a ten-year span and that space needs to be even bigger so more people can exist in it. With the RMH Block Party we are plotting for the future. We include everything that is influencing our art at this moment, but we make sure we own it, whatever it is. We want to create space and celebrate the third culture kid excellence. As you might have seen, the artwork for the Block Party is a middle finger pointing out to all the negativity around us. It´s our reaction to what’s going on in Sweden right now and Nobelberget will, on the 10th of September, be our platform for just that. Everything might not be perfect by then but this is not the last one we will do. I wanna create this space out on Järvafältet, in Globen or take over Gärdet. These spaces are gonna be places where you don´t have to explain yourself.