Daze Days 2019: Merely Hunts For Honesty And Purity On “Hatching The Egg” 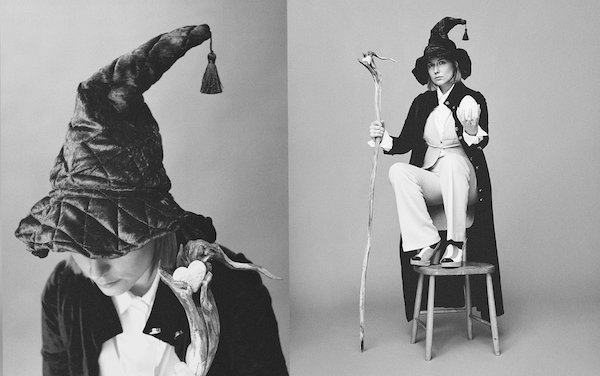 One of the bands pitching up for Daze Days is Merely, the project of classically-educated musician Kristina Florell. After releasing a new album with side-project Team Rockit in 2017, she’s now on the way back with a new Merely album, the first single from which, Crazy Heart, popped up at the end of 2018. We caught a few words with her about the album ahead of Daze Days.

Ok, so the main topic on the agenda is the new album Hatching The Egg. What can you tell us to introduce us to that record?

Let me tell you. Once upon a time a few fable animals had a church choir. They were humming together with wishes for a better world…

How was the writing process for this album?
I had to look deep inside myself in order to write this album. I mean, I always do, of course. But if my earlier work was about ‘becoming’, this album is more about what I have become. On the other hand, the process was so much about exploring, that it turned out to be a really progressive experience. I learned many things beyond myself and I feel that this work has taken me to the next level as a songwriter and producer.

When did the first songs start to come together?
Over a year ago when I was in my new home studio playing around after releasing a record with Team Rockit. I felt super inspired by the soundscape and both visualised and harmonised the concept pretty fast. I did not know I was gonna release it as a new Merely album back then, and was in a very complicated label situation at the moment, but I had my mind set on fulfilling my vision. Now I am so excited to release it through [label] YEAR0001.

Where does the title, Hatching The Egg, come from?
The egg is the perfect symbol for fragility, caring, love and creation.

The first single, Crazy Heart, hints at a wider, more grandiose and sweeping sound than some of your earlier work. Does it reflect the sound of the rest of the album, in relation to your previous albums?
Maybe one of the reasons people like my work is the variety. I never feel forced to follow any rules or norms related to songwriting. If I wanna make an EDM banger I will make an EDM banger, and if I wanna make a pop ballad I do so. It’s like the sky with different shades of colours and light during the day. From morning to night it changes a lot, but it still remains heaven.

You’ve spoken of the woods in the Crazy Heart video, and said “Visually, this is equivalent to the musical concept of the whole album”. Why to you, does that landscape chime with the album? Is it because the air and space and peace of that environment share a little of the music’s spirit?
It represents so much about mythology and wisdom, being playful and raw. But I would say the album is visually wider than only the woods. It’s just one of many great places where the imagination can flow.

Finally, you’ll be playing at Slaktkyrkan for Daze Days festival in February, what can we expect from that performance?
I will do everything I can to make it honest and pure.

Merely plays Daze Days at Slaktkyrkan on Feb 23. Hatching The Egg is out on YEAR0001 on February 8.