“Full Speed!”: The Return Of Westkust 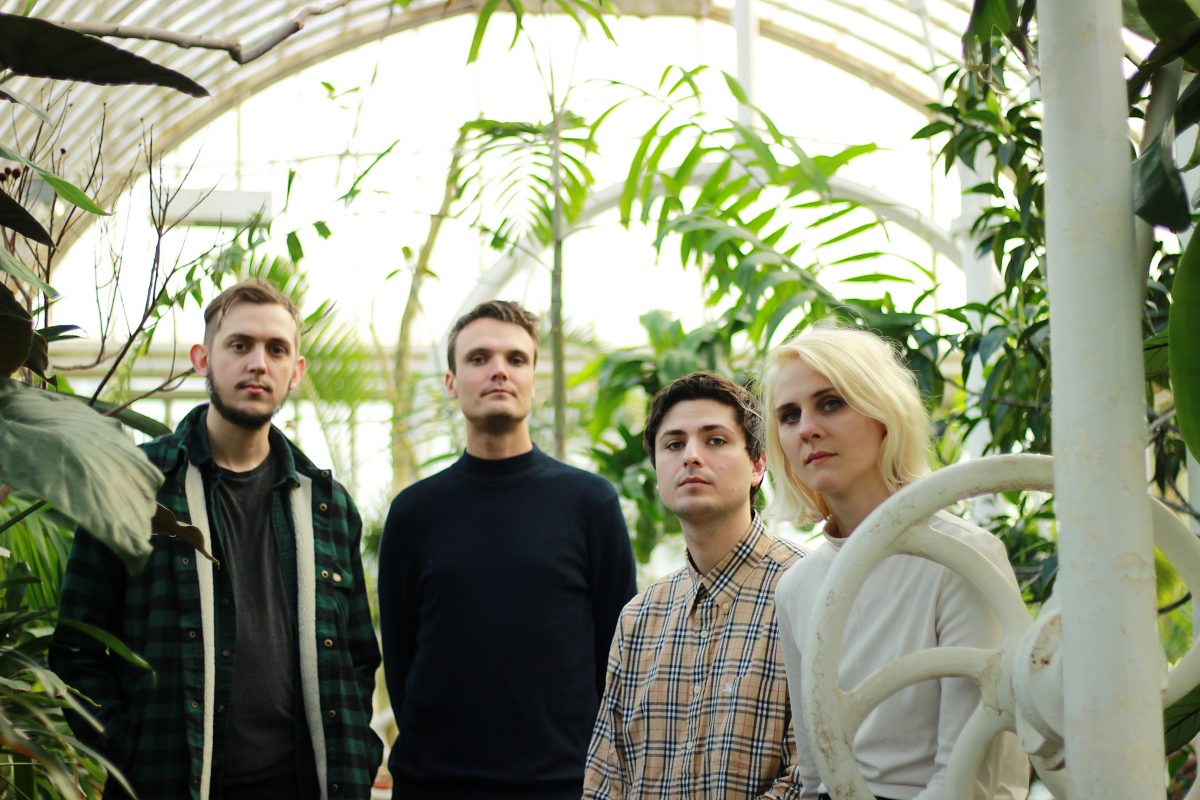 One of the best pieces of news to pop up at the start of 2019 was the return of Gothenburg band Westkust, who kicked the year off with Swebeach, a rocket-powered blast of melodic shoegaze. It was the first piece of new music we had heard from the band since their 2015 debut album Last Forever, and many thought the band had called it a day. Re-energised and re-organised with a new line-up however, they’re back with a new album, called simply Westkust, which is landing in March. We caught up with singer Julia Bjernelind before its release.

So, you finish touring in 2016, and since then it’s been silence until you returned with a reworked line-up this year. So can you run us through what’s been happening in the time you’ve been away?

Two of our members quit in the beginning of 2017, since they were busy with their other bands (Makthaverskan and Guggi Data) and then we had to put the band together again. Since then we have been working on this new album.

With a new line-up, does it almost feel like a new band? A new era with Westkust 2.0?
I would say it feels both like a new band and like nothing has really happened. Philip [Söderlind, drums] and Brian [Cukrowski, guitar] were involved in Westkust in the early days (2009-2010) when they had a different set up. I joined in 2011 and Pär [Carlsson, bass] joined in August 2017, and he fits perfectly into the sound that we are trying to achieve. So it’s basically a new line-up but the same kind of idea about the music.

You said in October 2016 that you were working on new material. So has the writing process for this record been going on since then?
That’s when we started writing but it’s also been a roller coaster for us because of members quitting and stuff like that. Since that time, we’ve been writing and recording.

Where does the opening song’s title, “Swebeach”, come from?
It’s just a made up word we thought sounded funny, it was the work title of the song and we decided to keep it.

There are obviously stylistic difference across the songs, but what struck me about the record is how rapid it is. All the songs are hi-tempo, hi-octane tracks, and the album flies past with speed and intensity. Did you go into this wanting to write a short, sharp, high-energy record like this one?
I think that’s just the way we make songs I guess. We’ve always wanted it to sound big and heavy, I don’t think we would be able to come up with a slow ballad for an example. Maybe Daylight is the song of the album that’s the most close to a ballad.

Part of that rapid way the album flies by means that some of the songs can take a couple of listens to fully grasp. The emotional force of a song like Rush only really hits you after some time when the lyrics start to sink in. Is that a way you like to construct songs, to write songs with this raw emotion at the centre of them and wrap them up in this powerful, aggressive guitar sound?
It’s not really something we discuss in the writing process, it just comes out naturally.

The two songs that close the album, Adore and On The Inside, feel like the ‘biggest-sounding’ and most grand in scale. Did that make them a natural choice to end the record with?
I don’t really remember why we chose them to be the last ones, but when I’ve listened to it I think it was a good decision. It just felt right.

The news came in recently that your label Luxury was closing down soon. From your perspective, how does it feel? To be one of the last records they’re going to put out?
It feels really sad, because Luxury has been a big part of our lives. We’ve listened to a lot of the bands and we’ve been involved for about seven years. I really hope someone else can come and take Rasmus’ place and keep the indie scene in Gothenburg interesting and fresh. We’re super grateful for everything Rasmus [Hansén, founder] has done for us.

Finally, now that you’re back with a new record, is it full speed ahead from here? Are you going to be heading out on tour too? What’s planned for the rest of the year?
Full speed! We want to do as many gigs as possible and keep being creative and start to write new material soon. I really hope it doesn’t take four more years before the next release.

Westkust is out on March 1 on Luxury. Westkust play Slaktkyrkan with Makthaverskan on April 19.