Tyler, The Creator And Converse Team Up For GOLF le FLEUR 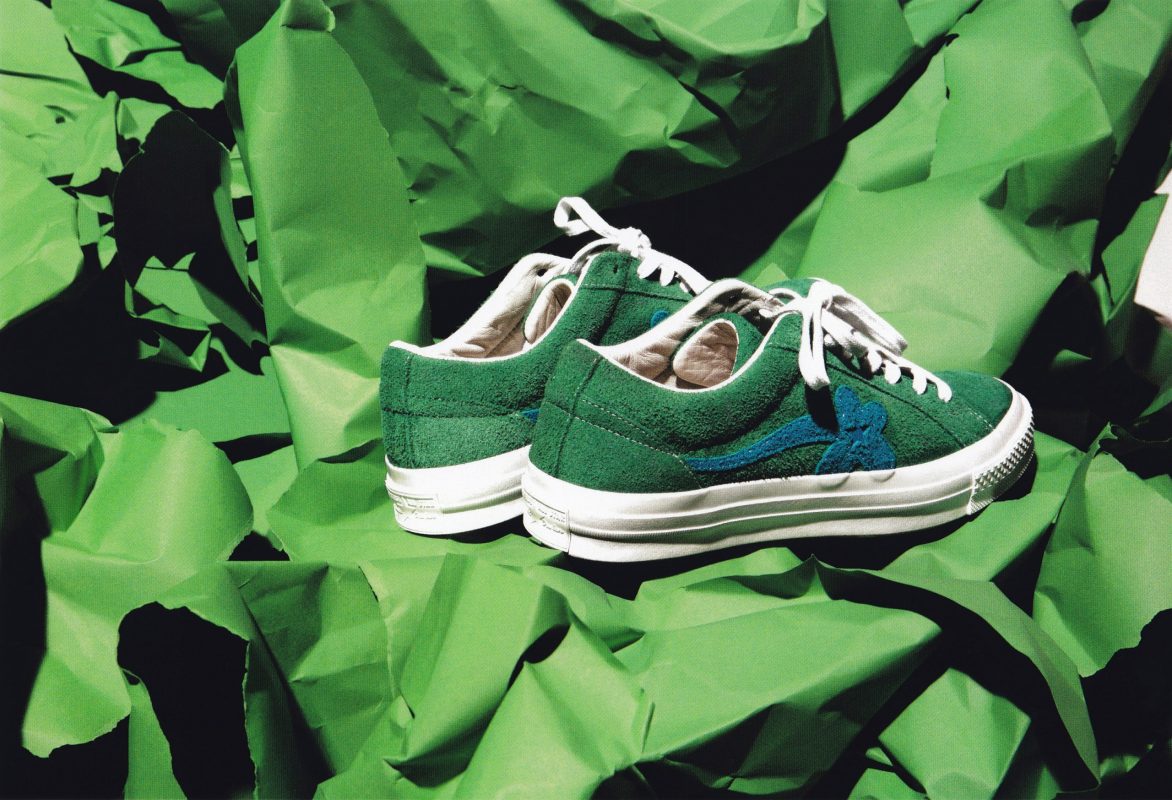 When Tyler Okonma, aka Tyler, The Creator, broke through in the late 00s at the head of hip-hop collective Odd Future (which also spawned Syd tha Kid, Earl Sweatshirt and Frank Ocean) and ran with the slogan ‘Kill People, Burn Shit, Fuck School’, who’d have thought he’d later settle down into a respectable career in shoe-design? From his  constantly developing music to projects such as the comedy sketch show Loiter Squad, Tyler’s never been afraid to turn his hand to new ventures, and now he’s got another.

This summer it was announced that Tyler, The Creator is partnering with Converse for shoe collection called GOLF le FLEUR. The project sees Converse’s traditional One Star sneakers emblazoned with Tyler’s own designs, and come in three colours, Jolly Green, Solar Power, and Vanilla. The range will also come with a series of extra companion wear, including bomber jackets, shorts and hoodies.