Smoke, no mirrors at Folkparken


Posted 1 week ago in Food & Drink 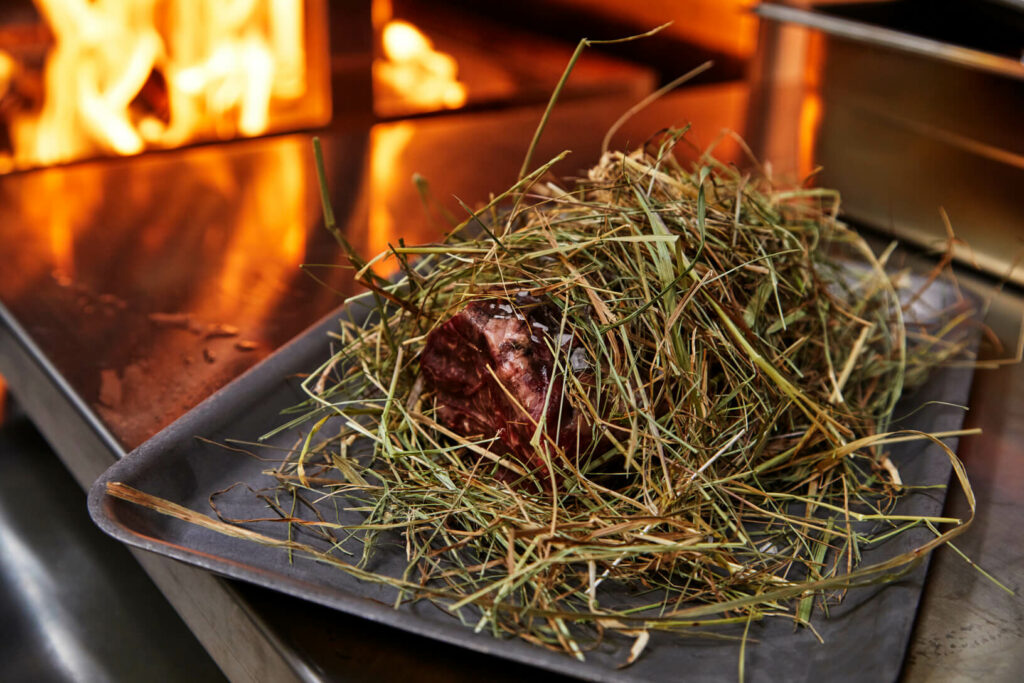 It’s nothing we have proof for, but our qualified guess is that there aren’t that many people still missing Jensens Böfhus, which until last spring was situated in the building just beside the entrance to Rådmansgatan’s underground station. For the last couple of months, the building has instead housed the Folkparken restaurant. Behind the venture are the duo Martin Magnusson and Magnus Bergh, two veterans who also run the restaurant Torsgatan together. The interiors are raw, it has a good ceiling height, steel beams and untrimmed walls, the kitchen offers both a smoke box and an Argentinian charcoal grill and in the basement there is a taproom with beers from Nya Carnegiebryggeriet.

The menu is diverse and houses everything from Korean barbeque to sliders to steaks. On the vegetarian front there is actually quite a lot to choose from. We decide on ordering as much as we can from the menu, to share around the table, and almost immediately the servings begin to roll in.

Things start off incredibly strongly with fried sugar snaps flavoured with miso butter. The dish has a perfectly balanced heat that makes it enjoyable, and even at this early stage we’re impressed that a vegetarian snack at a smoke house can taste so good. The next starter snack is anything but vegetarian, a hay-fired sirloin with tallow mayonnaise and crispy potatoes for 85 kronor, that promises continued success.

It’s not that often that we really dig into meat but here it’s hard not to. The smoked beef rib is delightfully tender and almost melts in our mouths. The serving, at 165 kronor, is also so large that it is certainly enough for two grown adults. But just to be sure we also order some Korean spiced chicken, that proves to deliver at almost the same high level.

Mac’n’cheese on cauliflower and coleslaw with point cabbage and pineapple are two fun vegetarian sides that fit perfectly as a balance to the protein overload.

The menu turns out to maintain a good quality level throughout. The idea of mid-sized dishes might not feel so novel anymore, but here it’s great since it gives us the chance to sample more things from the menu, and the portions are actually not so smallish that the bill becomes overly expensive. Folkparken is also proof that places catering for ‘all’ don’t have to be boring. A lot of restaurants claim to attract ‘all’ sorts of people, but few really do. Here all sorts of people really do come, the boys on a night out, the dating couple, the suburban women, groups of pensioners, work-nights-out, friends with young children, you name it.

On paper the concept possibly sounds a bit dated, and obviously very inspired by restaurants like Warpigs, who for a long time have graced Copenhagen’s Meatpacking district with beer and smoked food. But this time our prejudice is given a firm rap on the knuckles. Folkparken unashamedly steals its best sources of inspiration and packages the whole thing perfectly for the picky Stockholm restaurant crowd. Add to that a pricing policy that allows for some profligacy and the result have great appeal.