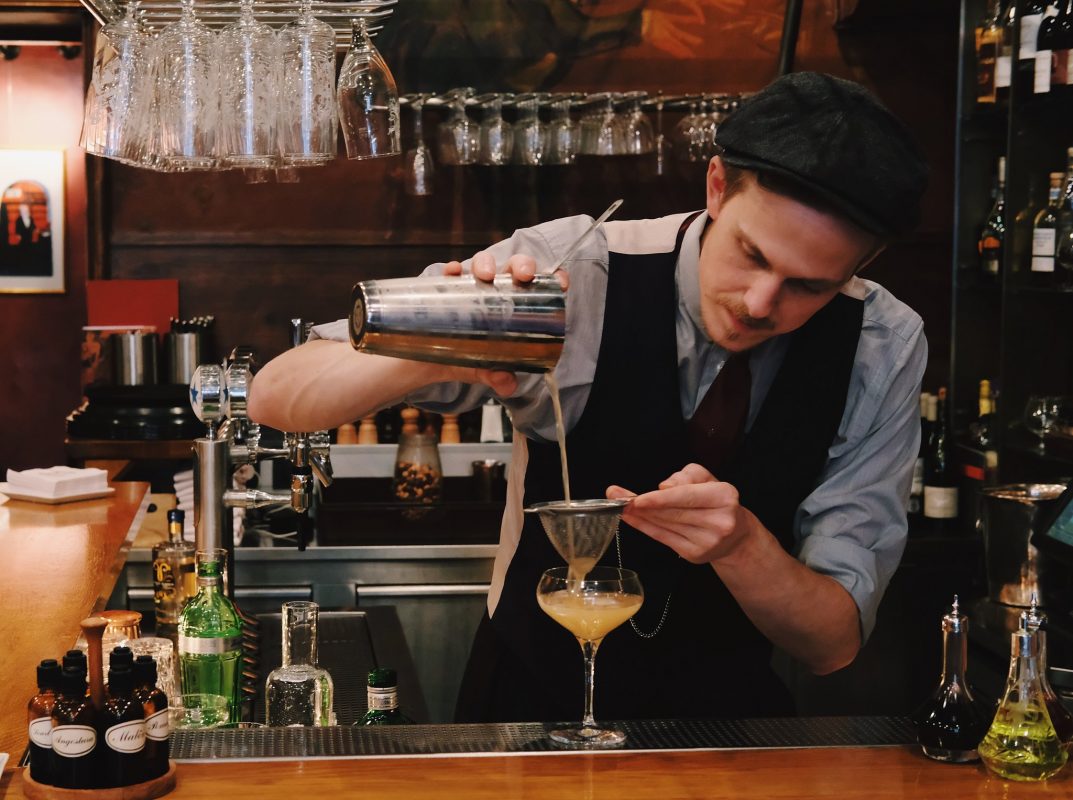 Konstnärsbaren or KB, ‘The Artist’s Bar’ in English, opened for the first time way back in 1934, and has since then had a menu based on Swedish cooking. Michael Lundin took up his position as operative manager at parent company Melander’s Grupp this autumn, and since then has mainly worked on the KB project.

What would you say are the biggest changes you have made this winter?
We have improved the experience in the dining room. Perhaps mainly through the fact that our chefs and bartenders move around among the guests to a larger extent now. And we are one of Stockholm’s only restaurants to have no freezer – all of the food arrives freshly delivered every day. That’s what we want to convey to our guests.

In what ways will a guest notice that it’s a new team?
It’s not a completely new team, but there will be new faces taking their place in the dining room. You will notice a new spark and a common thread between the dining room, the bar and the kitchen, that we perhaps didn’t really have before.

What challenges have you encountered?
One challenge, which is also our greatest asset, is that this is a restaurant that has existed for almost one hundred years. It’s supposed to be traditional, and we’re trying to refine rather than just change.

But the kitchen has been rebuilt?
Yes, before it was more of a traditional kitchen but now we have a separate prep kitchen and finalisation kitchen. It is partly to do with the use of fresh produce. The separation means that we need more chefs, but it also makes the final product better, which we hope the guests will notice.

During the autumn, they recruited Marcus Bremdahl, coach to the junior national chef team, and the bar is now skippered by Joel Persson. “We have found a very good partnership between the kitchen and the bar,” says Bremdahl, and explains that they also deliver fresh produce to be used for the cocktail menu. Both in the restaurant and in the bar the focus is still firmly on the classics and they want to explore the history behind the dishes and the cocktails on the menus. “We want everything we serve to come complete with a story. On the menu our cocktail descriptions are therefore divided into two parts”, explains Joel Persson. “Part one lists the name, date, price, ingredients and an introduction. The second part is a more extensive story and the inspiration behind it. The cocktail menu consists of three categories, the old classics, the KB classics and new classics, with five cocktails in each category”.

As the name implies, Konstnärsbaren was originally a watering hole for the creative elite of artists and actors, and the environment is still graced by the paintings created by Stockholm’s artist colony, spearheaded by the likes of Robert Högfeldt, Isaac Grünewald and Einar Forseth. Those older painting are continuously supplemented by new works by current artists.

So what’s next on the agenda for KB?
Lundin: Let’s say that we have taken a half-step into a new bar and cocktail menu, but now it’s time to fully launch it. So remakes of classic cocktails, or rather refined versions of them, is what’s coming up next.