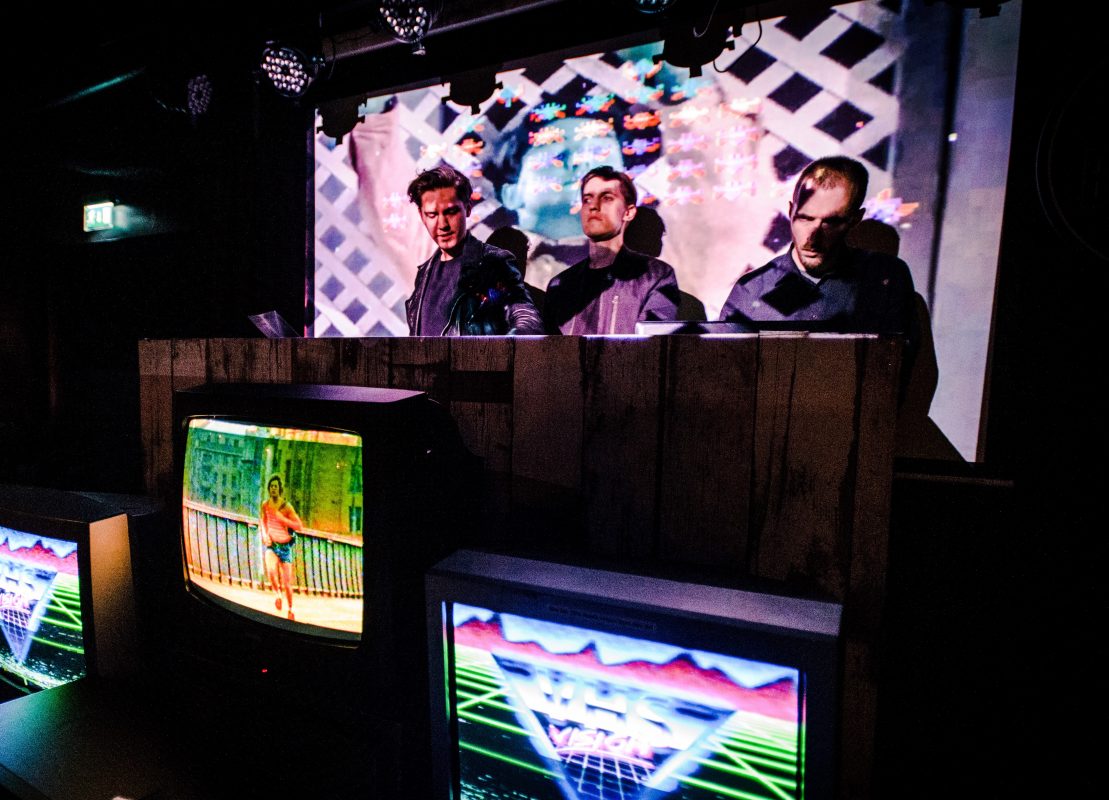 MARKET: REIMERSHOLMES HÖSTMARKNAD
For the first time, an autumn market comes to Reimersholme, centred around the island’s hotel. It kicks off on Saturday with a ceremonial flag-raising, and from there you’ll find food, drink, and ceramics, arts, crafts, second-hand vintage clothing and more on sale. Then during the evening, you’ll find jazz on the stage as they host a section of Stockholm Jazz Festival. And later there’s an afterparty at Timebar in Hornstull, with dance music from Buckans Bodega.
Oct 12, 13, Reimersholme Hotel

GIG: MORABEZA TOBACCO
TAKT is Nadja Chatti, Love Lagerberg and David Eliasson’s regular club, and they’re hopping in to Under Bron this weekend. Along with those three regulars, Aron McFaul is on DJ duties, and the headline news is they’ve pulled in Morabeza Tobacco, specialists in cinematically mournful dream rock, to play live.

CLUB: VHS VISION
After a decently long break, Stockholm’s favourite 80s nostalgia club is back for a new outing. You know what to expect at this point – old gaming consoles, neon, retro styling and plenty of synth music. Mecha Maiko from Canada and local act Midnight Danger perform live.

CLUB: BIG LITTLE T8NG
It’s been just about two years since Marie Laveau was shuttered and replace by T8NG, and since then T8NG has run pretty happily as the T8NG restaurant, dive bar/ fast food joint Little T8NG and the nightclub in the basement. However, that nightclub has only been a sliver of the size of ML, with the big room closed off. Until now. The Marie Laveau room has reborn as they open it up to launch their new nightclub concept Big Little T8NG, kicking off this weekend with a packed bill on Friday and Saturday, including Genius of Time, Hannah Prescott, Beniwasta, Réa Réa, Anna Korsgren and more. We caught up with Réa Réa, aka Andréa Malmquist, who’s also nightclub manager and booker at Big Little T8NG, and you can read that here.

ART: AFFORDABLE ART FAIR
Affordable Art Fair is the little more relaxed art fair, especially when it comes to price, with everything ranged between 600 and 60,000 kronor (yes, we’re aware that’s a lot, but by art fair standards it’s affordable). Nacka Strandmässan will be home to contemporary art from all over the world for four days in October, housing everything from sculptures to prints. You’ll also find a wide array of talks, workshops and much more to entertain yourself, even if you’re not indulging in a few purchases.
Affordable Art Fair, Nacka Strandmässan, Oct 10-13