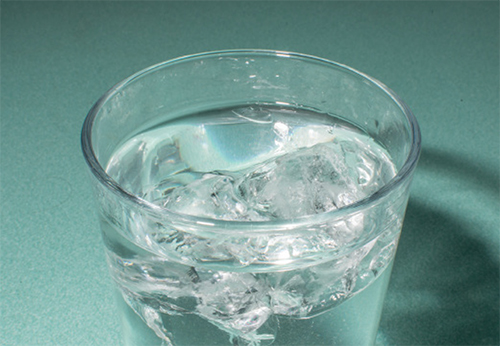 The water on our planet is loaded with psychoactive drugs

I’m working on a novel at the moment. It is, for better or worse, a sci-fi novel. I’ve never written a sci-fi novel before and never imagined I would but I’m finding as the work progresses that I can’t deny it any longer. The book is set in the near future. It involves an as-of-yet not invented technology, a global conspiracy and a hero who runs around in overalls. There are implications to becoming a sci-fi writer. You’re expected to grow a beard, collect pets, wear oversized black tees, possibly wrap your head in tinfoil. My publisher has asked that if I am going to insist on writing sci-fi to at least put a romantic subplot in. I’ve told her I’ll try.

The gist of the work-in-progress is this: a group of eco-terrorists are plotting to infect the water supply in Washington, London and Beijing with a powerful psychedelic in a bid to change governmental policy. I don’t know if my publisher will take it. She already says it sounds outlandish. A lot could depend on how spicy I can make this romantic sub-plot.

But while researching the book, I came across something which stopped me in my tracks. Something that meant my novel was no longer sci-fi but historical. You see the grim truth of modern life, according to my research, is that the water on our planet, the water that both we and animals drink, is already infested with antibiotics, hormones and prescription medicines and the blow that killed my novel’s brief life, large traces of psychoactive drugs. It’s been that way for years.

In 1950 the first human birth control pill was developed by a team of male scientists. If that galls a little then you should know that the funding for the pill to control women’s own reproduction capabilities was coughed up by a woman, Margaret Sanger. The pill wasn’t the first global medicinal hit but it certainly became the most ubiquitous and started a trend for medication as part of our diet that has blossomed in the age of polypharmacy. Chances are if you’re older than 60 and you live in a country where Western medicine is the norm, you’ll be taking a handful of pills a day. Chances are if you’re under 50 and have trouble sleeping, concentrating and aren’t quite sure what your role on the planet is, you’ll be taking a few pills too. Americans bought four billion prescriptions last year. That number, like our expanding population figure, is rising everywhere.

By and large, the body absorbs only about 80% of most drugs it takes. If the drugs were more efficient, we’d need less but no business wants to be that deft. The rest of the drug that the body can’t ingest gets sent down the shitter where our water filtration systems, that are really on the hunt for more harmful farmyard pesticides and fecal matter, often let them pass. It’s analogical to the war on terror. When airports began concentrating on what was in the heels of our shoes and our Evian bottles, they let all the extra cartons of cigarettes, the exotic animals and the crystal meth get through.

But it’s more than just tap water that’s infected. The traces of pharmaceuticals extend to anywhere with humans and intensive farming practises. A recent Swiss study found that as high up as 2,000 metres in the Alps, lakes were testing positive for steroids and antibiotics that had probably come from cow pee and from hikers taking a dip without cleaning the various creams and ointments off their limbs.

The reply from the pharmaceutical industry is as you’d expect. They admit that their products are present in water but refuse to acknowledge the damage they’re doing. They argue that the levels are safe. But if my neighbour takes Prozac, cortisone, antihistamines, norfluoxetine and carbamazepine every day, I don’t want to have any of that in my body even if the company who produce and make a living from it tell me it’s safe. It makes you think of Fukushima and how people can classify the level of something very dangerous as relatively safe. At the moment the rule of thumb for those returning to live around the Fukushima Daiichi reactor is to eat the wild berries with the traces of radiation but not if you’re an expectant mother. In Japan, and across the world, there is an accepted safe radiation level. It’s three to four percent. Given that radiation causes cellular mutation so shouldn’t that number be closer to zero? But as the planet gets more toxic and more dangerous, our concept of safety changes, not to make us safer, but to make us less afraid. Think for a second if they classified domestic abuse on a scale of a safe beating to a dangerous beating and you begin to realise that, you know, it’s probably in our best interests if we all ate and drank with the same caution as expectant mothers.

Of course it’s the animals who are the first to feel it whenever we screw up. In Sweden we recently did a study on perch fish. They fed them traces of oxazepam, a type of valium which is commonly prescribed in Europe. If you follow on from the logic that what my neighbour takes, I’ll end up taking too, we can say that almost everyone in Europe, unless they draw their water from their own well or have found some way to live off Prana – some have – has a bit of oxazepam floating around in their system right now. Relaxed, are we?

Oxazepam is prescribed to anyone with high anxiety levels. The perch on oxazepam began to change their behaviour dramatically. They went from a sociable, pack-hunting fish to brave, solo hunters with greater appetites for plankton and less of a need for socialising. The fish became consumption monsters with a screw-you-guys-I-can-do-it-on-my-own attitude. Doesn’t that sound a little like how young men behave when they take cocaine? This risky behaviour from the perch made them more susceptible to being picked off by bigger fish because they thought – incorrectly – that they were invincible.

The long-view is grim. Fish, buoyed on by pharmaceuticals, will eventually weaken and collapse their own species. The sky is falling in too.

The Indian vulture is on the verge of extinction because it feeds off the carcasses of dead cows that drink water laced with anti-inflammatory drugs. Now you might think that’s a good thing because it’s hard to love a vulture but research on starlings – God’s very own choir – carried out at the University of York, has found that they’re in trouble too. The birds have lost their appetite because of the levels of antidepressant in the water reservoirs they drink from. At dusk and dawn when they should be feeding, they’re oftentimes just zipping from tree to tree, in an unusually good mood, trying to make sense of the chemical imbalance in their bird brains.

Birds are dying, birds aren’t eating, maybe Hitchcock wasn’t just entertaining us all. Maybe one day we’ll leave our front door and the birds, braver, less hungry, high on a cocktail of mood-altering, energising, pain-killing pond water will start chasing us down the streets to our doom.

But what about us anyway? The problem with humans is that while there’s not much research done on animals, there’s even less done on us. Robert Renna works for the Water Research Foundation and says this: “It’s a really hard topic to talk about without creating fear in the general public.” But Robert, fear is good.

Water pollution is a global problem but the US are taking some sort of lead. Eight years ago, a rare study carried out on the tap water in that country found over 50 pharmaceuticals classified as dangerous to humans in the water of 41 million Americans. In Britain, where you certainly wouldn’t think it, there’s been a low-level, almost continuous discharge of Prozac through the tap water there since 2004. You can see now why I might have to rethink my novel. What’s shocking about an attempt to change government policy through the water system when the people of Britain have been mass-medicated, by accident, for the past twelve years? Would this explain why the Tories are still in power and why they still pay a German family millions a year to wear crowns and robes and give out little medals like Cub Scout leaders?

Now the counter argument follows that the trace quantities of harmful pharmaceuticals in the water supply are so small that they don’t classify as harmful. But again, that’s just the current scientific assumption. Not very long ago, the current scientific assumption of another age said that smoking was not addictive or that a large incision to the frontal lobe of your brain cured mental illness.

John Sumpter works at Brunel University in London. He’s one of the few researchers who’s managed to get funding to look into the water we drink. He has this to say: “There are chemicals designed to have very specific effects at very low concentrations. That’s what pharmaceuticals do. So when they get out into the environment, it should not be a shock to people that they have effects.”

Most prescription drugs are prescribed for a short time-frame and with the understanding that they won’t be taken in combination with other prescription drugs. What we’re looking at now are generations, mine and the next one and the one after that, who have grown up taking small doses of a plethora of prescription drugs that were never prescribed to us for our entire lives. My fingers don’t crack when I snap them. Has that got more to do with all the calcium in my system or the arthritis medication I’ve been inadvertently drinking since I left my mother’s teat?

We’re left in a quagmire. Our water is infected with elements that change our personality, elements that are psychedelic – they affect our consciousness after all. But there is very little we can do about it now because the need is not visible enough. In Flint, Michigan, Dr. Philip Landrigan, one of the medical team dealing with the lead-poisoning there said, “These children are going to be injured for life. They’re going to be prevented from functioning at their full level.”

The Romans lost their empire because the poison in their water system rotted their brains. We’re not going to know about the danger running through our taps until the horrible symptoms are the rule rather than the exception.

It took a Chernobyl to wake the world up to the dangers of nuclear energy. How long will it take to wake us up to the danger in the water that most of us on the planet drink?

Maybe we’ll just have to act geographically. Pick the country where the pharmaceutical contamination best suits your needs and make the most of it. Speaking of Rome, I’ve heard the drinking water there regularly tests positive for Viagra and cocaine. That can’t be so bad.

Europe is the one continent on earth aging fastest. If nothing changes, pharmaceutical dependence will rise to unprecedented levels over the next few decades here as more and more of us can’t sleep, can’t bend, can’t get the dark thoughts out of our heads at night. One solution to the contamination in our water supply would be to force doctors to write lower dosage prescriptions, another would to be wean ourselves off non-organic pain-relieving, mood-altering drugs.

Meanwhile I’m stuck with a novel that’s lost its genre. A book with no category. A tale of shock and fantasy that is neither shocking nor fantastical anymore. I suppose it’s no longer a work of fiction, in that case, I’ll just have to call it news.