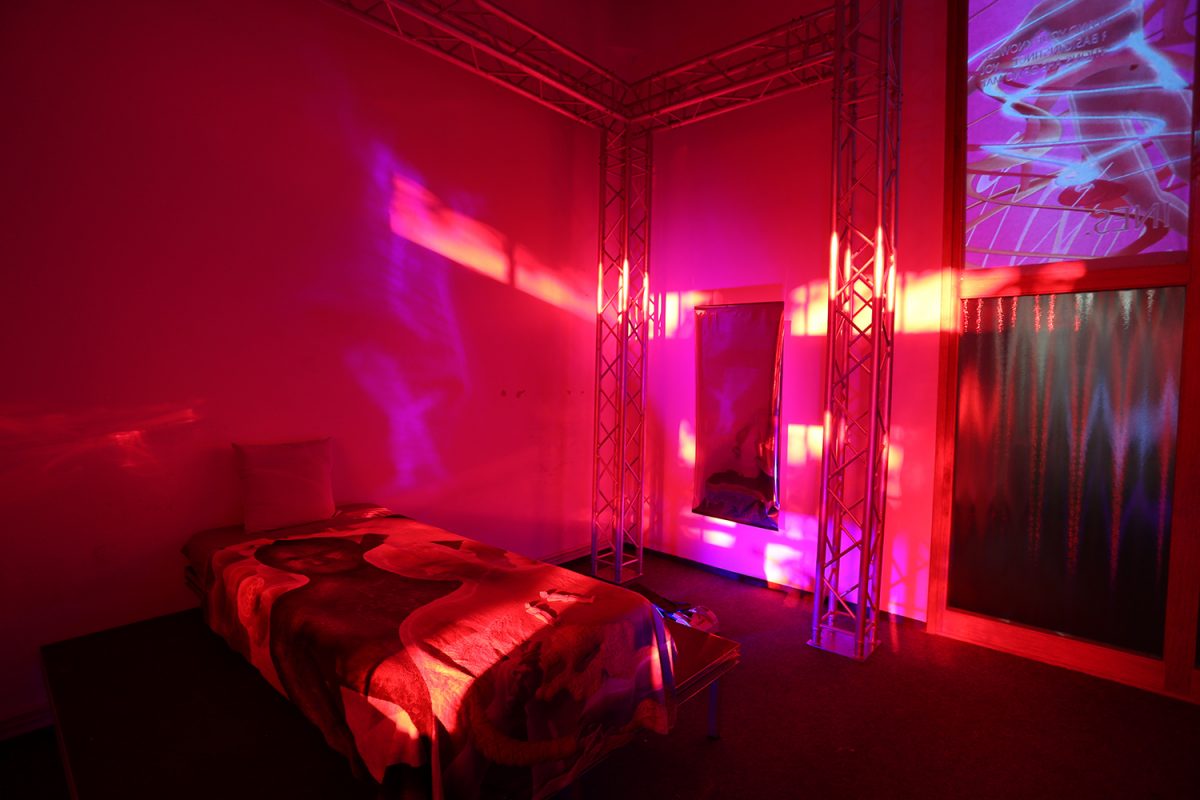 2047 is probably not a year you’ve given a great deal of thought to, but the people behind the Drone Dancing concept have. Somewhere between an exhibition, art project and interactive theme park, it aims to explore the future of mankind (or maybe the future sans mankind), bringing forth visions of the year 2047 (chosen because it’s beyond our current imaginations but within our lifetimes) through art, technology and discussion and interactive events. Multiple artists have created pieces that show, or explore, their vision of what the future might be. It’s coming to Färgfabriken in exhibition from Aug 27, and we spoke to Björn Wurmbach, in charge of Drone Dancing’s ‘Ideas And Realisation’, to find out more.

How did the Drone Dancing project get started?
In 2016 my former boss, Arpad Sölter, director of the Goethe-Institut Schweden, granted me a free hand to come up with my own project. I wanted to take advantage of the opportunity by creating something that had an urgent topic, that had not been done before and would involve my personal interest in exploring the near future of mankind. The concept was changed (and turned down) several times before Kulturbryggan came in to support our participatory approach. Then, the Goethe-Institut followed with generous funding, too.

So Drone Dancing is a ‘multi-format social art exhibition’. What exactly does that mean?
Obviously, it is hard to actually predict the future and that effort, epistemologically, usually turns out to be wrong anyway. When dealing with multi-faceted topics such Augmented & Virtual Reality, Artificial Intelligence, trans-humanism and cyborgs, the artist should not be left alone. Thus, we thought these four heterogeneous input sources could help prevent taking an overly narrow-minded, single point-of-view:
1. Artists
2. Scientists
3. An interdisciplinary combination
4. Swarm intelligence
The participatory approach for a self-curated group exhibition involves mixing the social part with collaborative interaction.

Your Färgfabriken exhibition is based on four ’pillars’. Can you talk us through them?
To attract a broader audience to image life 29 years from now we felt that a classical art exhibition could be upgraded with some additional activities and an appealing framework program:
1. Group Exhibition “Drone Visions”
Enjoy symbiotic human-machine world premiere performances and attend the first mass of the First Church of Artificial Intelligence! The heart of Drone Dancing is our social experiment “Drone Visions”. Via an open call we welcomed anybody to participate in this self-reliant and collaborative work. Then, we built an online platform where participants presented 80 futuristic projects. They voted themselves for the 25 best projects and distributed the budget accordingly.
2. Interactive features
Guests may try out combining art with technology, i.e. by creating live music with a thought-reading machine.
3. Between Realities: a curated side-exhibition
Five renowned artists were curated by Björn Norberg for a related exhibition, Between Realities, taking place in two rooms next to our exhibition hall.
4. Framework program
Scientific: Key note speeches and lectures.
Social: Opening (from 20:00 on Friday, 31st August 2018), dinner for artists and VIPs, afterparty.

Drone Dancing explores what it will be to be human in 2047. Why was that date selected as the future point to base these ideas around?
Indeed, that date was carefully selected. Mankind is facing unprecedented change through technological advancement at an exponential rate, which will drastically affect our lives. While the next 10-15 years are somewhat foreseeable and the predictions for singularity too far away, the period of time that lies in between is yet to receive much coverage. We have no idea what the future will look like in 2047, but since it lies within our expected life span, a broad debate is important and urgent. When the next renaissance comes. we should be prepared to actively play a role in its emergence by creating imaginable and relatable visions for our future lives.

When you hypothesize about the future in your Vision Statement, you talk about 2047 as a time when potentially “geo-engineering has solved all climate problems; energy and processing power is almost for free; the average expected (healthy) lifespan has increased to 200 years; robots have taken over our jobs and, by taxing them, every human enjoys a general basic income”. The positive aspects of that vision feel very difficult to see happening at this moment in time. How does the exhibition find a balance between negative and positive visions of the future? And what are some of the dangers of hypothesising about what’s to come?
Great question! Doomsday predictions have a long history, simply because it makes one believe it increases the significance of one’s own life. We had no rule about excluding dystopian visions, but tried to communicate that imagining a future to look forward to is a much more challenging as well as a more rewarding approach. Personally, we cared mostly about originality, about visions that no one had heard about before, and creativity, i.e. really being “far out” in their imagination but without loosing the touch with the audience.

What does the Drone Dancing Society hope to achieve with exhibitions like this one?
Sweden is widely recognized as an innovative, open-minded and technology-friendly country and it should be on the international map as an artistic and philosophical hub for future speculations, too. Our main goal is to increase the awareness for urgent action taking by the people. There are three key learnings to be communicated:
1. Technological change will affect our lives – radically, soon, and to a greater extent than most of us expect
2. Currently, we don’t have any widespread, common visions for our future.
3. Storytelling by arts will be the key to change in today’s behavior.

To inspire change today, we first hope for an immediate wow-effect while visiting the exhibition. Afterwards, we would like the audience to pay more the attention to the effects of the exponential technological progress: “these speculations are actually quite likely to come true and effect me as well – let’s do something now to make future life worth living”.

Artists can participate in the exhibition through creating ‘Vision Profiles’. Can you tell us a little about that and what you are looking for in the applications?
We wanted the participants to become part of an ‘artistic swarm intelligence’ that would take us to futuristic scenarios we wouldn’t have imagined, or show exciting implications of technologies not yet invented. If they had a creative vision and were able to weld, build, paint, program, play music or produce robotic architecture they were welcome to participate. The final selection, the curation, was actually done by the participants themselves. From 80 project submissions, they selected 25 to split the available funding.

Finally, what effect do you hope the exhibition at Färgfabriken will have on the people who participate in and attend it?
Will humans be replaced by machines and thereby become obsolete or will increasingly omnipotent technologies make us god-like creators (‘homo deus’)? Let’s not leave the answer to the Silicon Valley monopolists! With our provocative approaches we want to inspire the audience to make them realise that if we want to live well in 2047, it is today already that we need to focus on sustainable and democratic decision making.