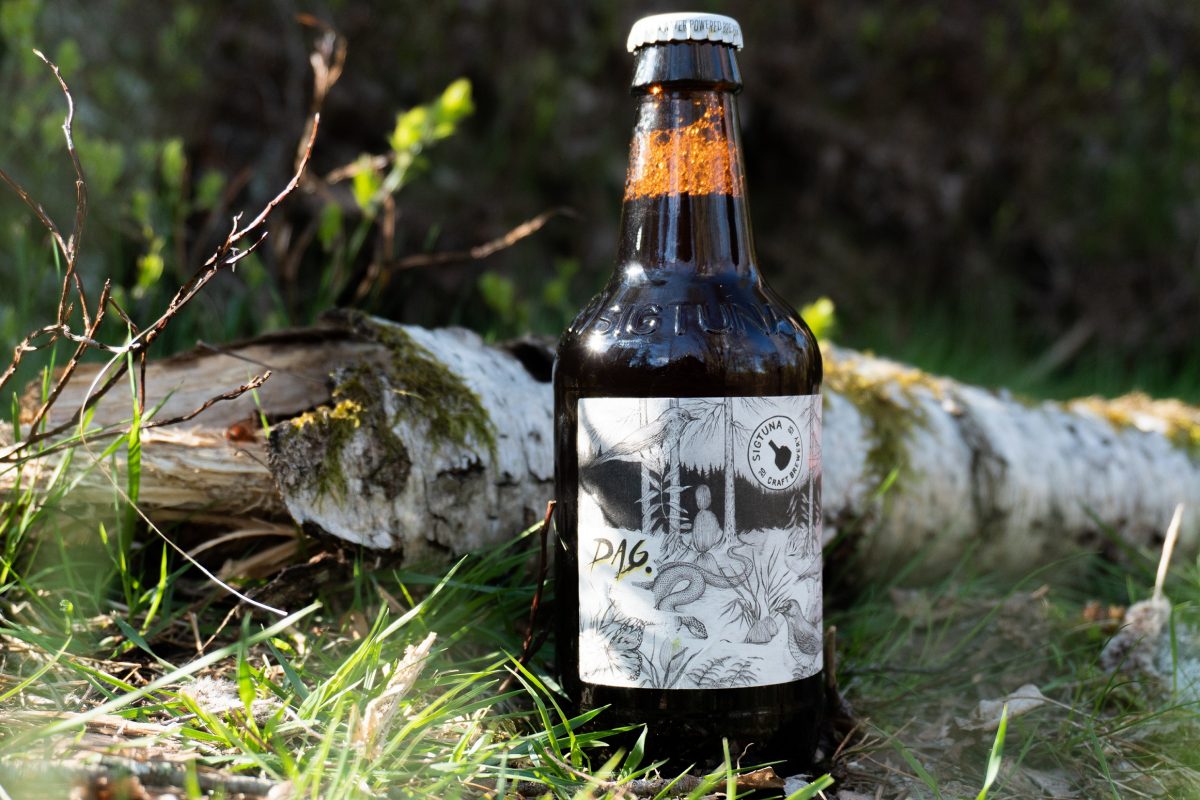 Sigtune Brygghus’s beer will be familiar to any craft beer nerds around Stockholm, and now they’re letting things get a little bit more natural. They’ve got a new pair of limited edition beers on the way inspired by the forest, a light ale entitled ‘Sigtuna Skogen Dag’ with a rosehip-derived brightness, and a dark porter entitled Sigtuna Skogen Natt with birch and blueberry flavours (forest day and forest night, obviously). And for the art design and packaging for the beers, they’ve invited artist Ragnar Persson to draw them a world inspired by the forest.

“Over the last few years when we’ve been brewing, the thing we talk about most is how nice it would be to leave everything behind and just head to the forest instead. The forest has been a big inspiration for us over the last few years, so therefore it’s very freeing to have this collaboration and get to interpret the forest as we see it before us”, says brewer Karl Kusa of Sigtuna Brygghus.

“That which spoke to me about the project was being able to work freely with my interpretation of the forest”, says Persson. “I didn’t want to seperate day and night too much, but instead to let the drinks provide the difference. The daytime has more life in it, while night is more deserted by nature”.

The beer will be presented to the public at a launch event at Indigo on Thursday next week, where guests can taste the beers, check out the work of Persson and listen to music from Eric Malmberg of Sagor & Swing and Sibille Attar, representing ‘day’ and ‘night’ respectively.

The Sigtuna Skogen series will be available in Systembolaget from July 5.