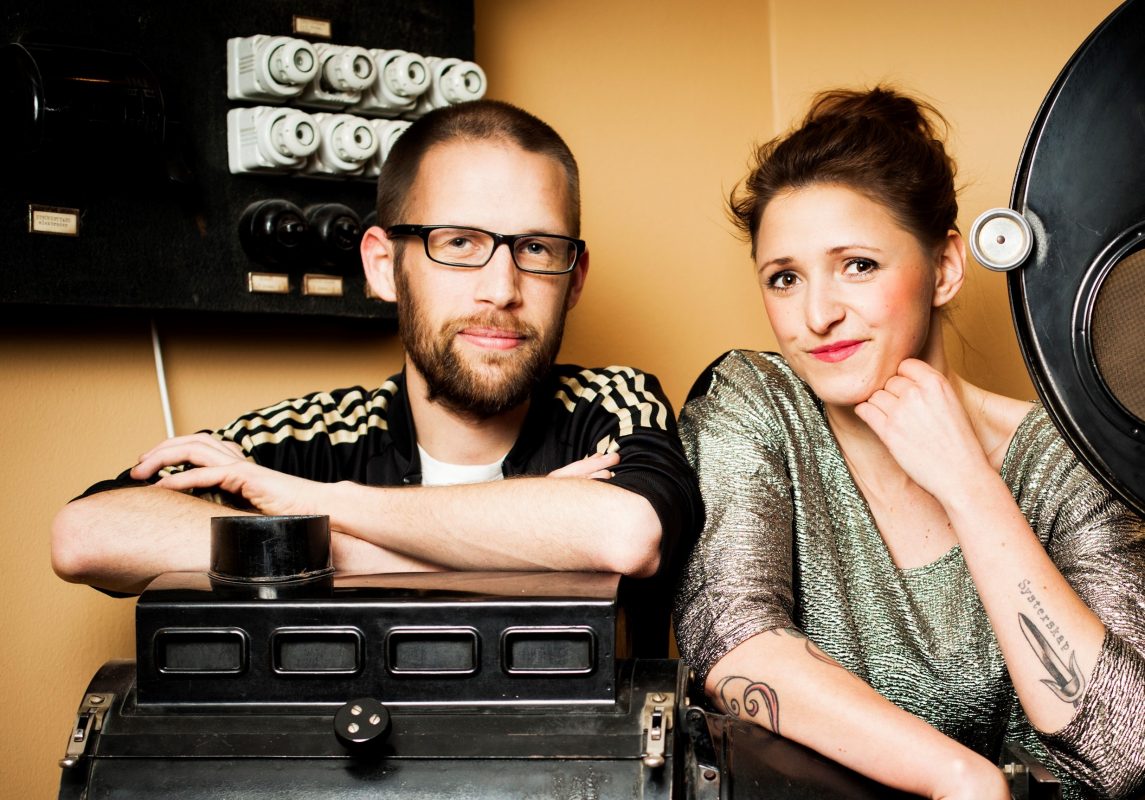 Queer cinema is fast becoming one of the most dynamic outlets for LGBTQ expression, and one of the most exciting and fast growing festivals around is Stockholm’s Cinema Queer International Film Festival. Lovingly run and curated by Oscar Eriksson and Melissa Lindgren, the festival is now in its fifth year and this September marks the start of this year’s edition, with the biggest range and widest diversity of films ever. Totally Stockholm caught up with Melissa and Oskar at Klang Market Café on Hornstull to chat about the festival’s past, present and plans for the future.

Cinema Queer wasn’t initially conceived of as a film festival. Instead, the project started up as a film club in Södermalm. Melissa says: “We were then at a space called Högkvarteret in Södermalm, it was this queer space that had a bar and did a lot of other activities, clubs, workshops, all sorts. But then it shut down in 2010, about five years ago, and we were homeless basically. That’s when we started thinking about what kind of form Cinema Queer would have in the future, and we decided a festival was both easier to finance and also a better way to make queer film more visible, to create more of a press buzz around it”. The new festival rapidly exploded in popularity. “With the first festival the reaction of the audience was fantastic, the showings sold out and more than 600 people came to the opening. Everybody was so excited. It actually became a bit overwhelming. So it became apparent that this kind of platform worked, and we were very motivated to keep doing it. And we’ve grown massively, we’re almost double the size we were when we started”.

Of course, a film festival lives or dies on the quality of its films, and this year Cinema Queer has one of its widest selections of films ever. From children’s films to short films, to an incredibly diverse international representation featuring films all the way from Burma and South Africa, Melissa and Oscar leave no stone unturned in the search for the right films. “We have an open submissions process”, says Oscar, “so people can submit films to us, but we also travel quite a bit and we have contact with a lot of festivals around the world, both queer festivals and others. For us, it’s important to find films from all over the world. A lot of countries have a tradition of queer cinema now, the USA, Germany and The Netherlands are pretty good at it. But a lot of the other films are hard to find sometimes. It’s important for us to find them from different parts of the world. We’re looking to get as diverse a program as possible”. “Bringing in international guests in very important for us” adds Melissa. “This year it’s not only the guests connected to the film stuff, but we’re also arranging a huge activists’ meet-up together with Civil Rights Defenders with activists from the countries we mentioned, like Burma and South Africa, but also the US and from places like Russia and Belarus. To be able to bring together people from different countries to talk about their experiences and ways to work with activitism and to make a change is really really valuable for us”.

Melissa says a priority for the festival is to offer something different in focus from the standard queer film festival. “I think our programming is quite different from other queer festivals. It has to do with the fact that Sweden is quite open when it comes to LGBTQ issues. We don’t face the same challenges that they do Russia, where we’ve co-operated with festivals before, or in Burma, where we have a collaboration this year. Our programme is a bit more political I would say, in the themes of the films. The other festivals screen a lot of coming-out stories and coming-of-age stories. Our audience is a bit too mature for those kinds of films, we focus more on the political side. I guess also our films that don’t treat the LGBTQ aspect as a problem, in a way, that needs to be overcome. Those kinds of films, where it’s just a part of the film. Like Girl Gets Girl, the Spanish film we have that’s very Almodóvar, it’s got lots of drama and colour. These kinds of films make us excited. Also films that maybe consciously work with representation both within the community and outside, films that work with photographical representation”.

The theme of this year’s festival is revolution, but what makes cinema such a potent outlet for radical expression? The direct quality of film is a crucial factor, according to Oscar. “A part of it is that film, and moving images in general, is something that you can’t avoid. Everyone has some kind of idea of what a film or a moving image is. Everyone’s seen something, it really gets everyone. So with a good film that actually says something, it’s easy to reach people […] for ninety minutes. For ninety minutes you can grab someone, stick them in a dark room and tell them what you want. Of course, people can walk out. But you have ninety minutes where you can tell someone anything you want. I can’t disturb what’s happening on the screen, I can’t change what’s happening on that platform. In a discussion or something like it, I can go in and change that. But what happens on screen, call it propaganda, call it whatever you want, I can’t change it. And it gets so so powerful because this is one of the only places where LGBTQ rights, revolutionary rights, can just be put out there without being questioned. Without making it sound too propaganda-ish, we’re not brainwashing people!”

Asking a festival’s curators which film is their favourite is a bit like forcing parents to choose between their children, but I pressed an answer out of Melissa and Oscar anyway. “I really love this film Lonely Stars from Mexico” says Melissa. “It’s about two drag queens and the club that they are working in… it’s very dramatic and it’s full of revenge and Mexican wrestling, poisoning, drama. It’s really fun and colourful”. Oscar has a different preference. “I’m a sucker for short films, that’s my normal work, that’s what I do all the time. So part of our programme called ‘America Fuck Yeah!’, where we have everything from the North American continent. We have six films from North America, it’s everything from Grinder hook-ups gone wrong to a spoof of Blue Is The Warmest Colour to Sam Berliner’s Float. So it’s a fantastic short film programme that mixes a little bit of everything. So you shouldn’t miss that, it’s really, really good”.

There’s also much more happening this year than just film. Melissa says “Cinema Queer’s not only a film festival, we like to see ourselves as a platform for queer culture. We like, for example, the parties that we do. They are a lot of fun, of course, but it’s also important to do these kinds of events, to have a venue or a room where the community can meet and hang out and have fun together. It creates these safe spaces. We also do special screenings, for example this one with Sam Berliner’s film (Float), with live music, and these are just events that are a pure joy for us to do, because we ourselves like to experiment with how film can reach an audience and the festival performance and these kind of screenings help us to do that. It’s also a little selfish on our part, because we just love doing these kinds of crazy screenings!”.

And last but not least, both agree that there is one aspect of the festival that attendees should definitely check out. “Oh yeah, the giant vagina!” says Oscar,  “we should not forget the giant vagina. We have a co-operation with an artist called SaraLo Nilsson who is going to build a huge velvet vagina in Zita, the cinema where we’re showing (a lot of the films), that you can actually go into and watch films. We have a small extra set of special screenings, so there’s a small programme that you can go and watch inside a vagina. We’re really happy about this”

What more reason could you need to attend? Stockholm Cinema Queer Internation Film Festival runs from September 24-27. For more details check out www.cinemaqueer.se

Don’t forget to stop by our website tomorrow, when we have an exclusive Q & A with Sam Berliner, director of Float, which will be screening at Clarion Signs Rooftop Terrace on Sep 26.