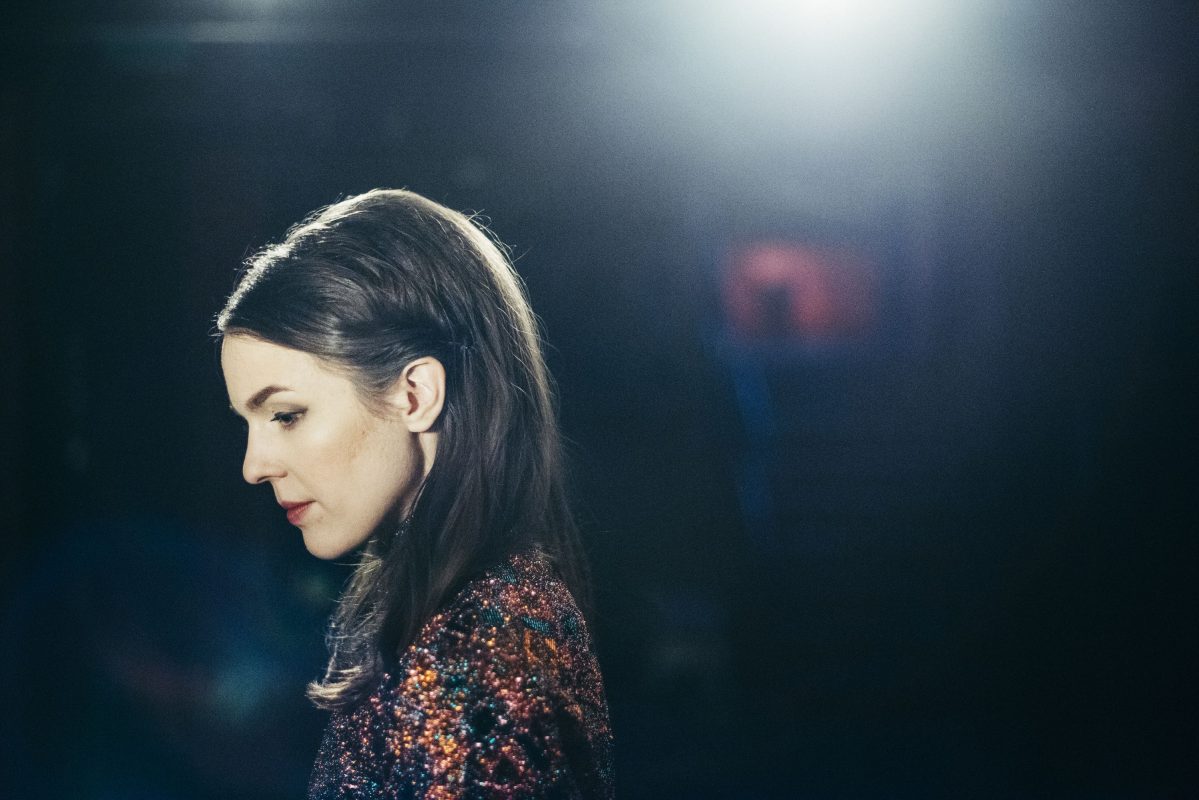 October offers the opportunity to sample the musical delights of the Stockholm Jazz Festival, which both nurtures the legacy of the traditional art form while at the same time doing its utmost to branch out and appeal to a new audience. We picked out three of the most exciting highlights from the young generation of Swedish jazz to get their view of the festival and even jazz itself.

What does jazz mean to you?
Jazz is an art form of contradictions – it stands for both tradition and innovation, individualism and collectivism, easy-listening and avant-garde. Jazz is a powerful art form that manages to express the vastness and complexity of human life.

The perception of jazz has changed over the years, from being dubbed the devil’s music 100 years ago to now being perceived as something old-fashioned. It’s no longer music for the masses, so how can jazz evolve with the times, and how can a festival like Stockholm Jazz Festival and jazz itself attract a larger audience among young people do you think?
I think the problem is the opposite of what you allude to – performers and artists within the jazz community have tried too hard to evolve with the times. Jazz is a loud and expressive form of music, it´s like a sophisticated language you must learn in order to enjoy it. The problem today is that we devalue tradition and education and therefore generations of people don´t speak the language of jazz. To attract a larger audience we should teach people about jazz and its history at a much earlier age. But more than anything, we should stand proudly for the fact that this is a sophisticated art form that doesn’t need to change in order to create value or gain popularity.

What does it mean to you to perform at Stockholm Jazz Festival?
It is a great honour of course! Seeing the whole city come to life and celebrate the art form I love so dearly is very special.

What does jazz mean to you?
Jazz means freedom. I had a period when it was a loaded word for me and I had a hard time associating with the genre because it sometimes feels filled with limitations, rules and preconceived notions about how things should sound. But then I decided to take the word back and give it the meaning it had for me when I began playing jazz, the meaning I think was associated with it when the music first appeared. Freedom to play however you want to and to let the music sprawl in all sorts of directions.

The perception of jazz has changed over the years, from being dubbed the devil’s music 100 years ago to now being perceived as something old-fashioned. It’s no longer music for the masses, so how can jazz evolve with the times, and how can a festival like Stockholm Jazz Festival and jazz itself attract a larger audience among young people do you think?
A lot of the jazz played today is very multi-faceted I think, and to me it’s not old-fashioned. A lot of people dare to break the traditional structures and play with the soundscape. But it obviously depends on what you put into the genre, that’s the key. To dare to include experimental music that uses jazz’s way of expression and freedom, but also blends in other genres. Let jazz be an umbrella genre where music that incorporates a lot of improvisation and takes new directions is included. It’s also down to festivals like Stockholm Jazz Festival and other jazz stages to dare to expand and experiment. It seems like Stockholm Jazz Festival are doing that, as they have included my new solo project where there are expressions from jazz but also from experimental pop and electronica.

What does it mean to you to perform at Stockholm Jazz Festival?
I’m so happy to play here. The festival has been going for a long time even if it’s different now than back then. It’s a lot of fun to play where there is a broad audience and I can reach people who don’t already know who I am.

What does jazz mean to you?
I associate jazz with the genre that was created with prominent names like Jelly Roll Morton, through to the swing and bebop eras. Jazz is two things to me, partly swing-based American music with elements of improvisation, within a given harmonic and melodic pattern. But jazz is also freedom to improvise, both by yourself and with others where what someone else does can inspire you to new ideas. You support each other and play in a way that makes your fellow musicians sound good. My music is not what I would call pure jazz, but we have a jazzy way of thinking in the band.

The perception of jazz has changed over the years, from being dubbed the devil’s music 100 years ago to now being perceived as something old-fashioned. It’s no longer music for the masses, so how can jazz evolve with the times, and how can a festival like Stockholm Jazz Festival and jazz itself attract a larger audience among young people do you think?
Jazz can be extremely conservative and just like classical music, it’s losing its listeners. I try to look at how they do it in other genres to reach out. Within jazz we’re for example very particular about our vocabulary, but does it really have to be called someone’s ‘quartet’ or ‘nonet’ just because that’s what they called it in the 1940s? I can’t remember the last time I saw something like ‘Veronica Maggio septet – live at Stockholm Globe Arena’, even if her band included seven musicians. There are a lot of traditions jazz musicians adhere to just because of how things were in the past. I think the way you package something is important! If more jazz musicians made an effort to communicate with their audience I think it would look different today. Now a lot of people take the stage for their own album launch gigs without knowing their own material. They bring the sheets and read the music on stage… Did Mötley Crue read their music on stage? No, exactly. That jazz musicians moan about not having an audience is so tiresome. And apart from that we have a scholarship system here in Sweden that is totally fucked up and enables a lot of rubbish year after year that no one wants to listen to. Many seem to think it’s not their fault that people don’t want to listen to their music but before you condemn the audience as stupid I think you should begin with looking at the way you present your music. Get rid of the sheets with music on stage first of all. The audience is smarter than you think and they are the people who make it possible for us to do what we do. To enter the stage unprepared is disrespectful towards the audience, your fellow musicians, the organisers and anyone involved in trying to make your music reach the audience.

What does it mean to you to perform at Stockholm Jazz Festival?
It’s really a great honour! I have visited the festival every year since I was little, since it was at Skeppsholmen. I have had some of my biggest musical experiences at the festival through the years.

Your music draws influences from wide and far, what do you see as your main influences?
If we’re talking about musicians I would mention Keith Jarrett, Astor Piazzolla, Aleksandr Skrjabin and Chick Corea. My teachers have been equally important; piano players Ann Blom, Robert Malmberg and Ove Lundin. Then there are other people who have inspired me in other ways. Woody Allen as he has made a film every year over the last 40 years. He said in an interview that chances that the films become good increase if you make more of them. That idea really spurred my production tempo. Picasso is inspiring since he mastered his craft, which laid a strong foundation for everything he did. Like him, I try to have as large a palette of techniques as possible to be able to accomplish my ideas with better precision. Finally, Miles Davis as he continuously renewed himself and never stayed stuck in the past.

Your new album [A Better Place] is about to be released here in October. Does the success with your debut, Dreamer, add any extra pressure do you think?
No, on the contrary. I only see advantages. More people have come to know my music over the last year, which is great. My philosophy is that the musical creations are never complete until they reach an audience. The more that listen to my music the better.

What’s the main difference with the songs on A Better Place, are you taking them in any new directions?
The big difference is that the majority of the songs on the new album aren’t songs but improvisations that I have transcribed and then recorded again with the trio. A good example is the title track. I pressed record on my voice memo app and put my hands on the piano, what then happened I just kept without any changes. I think the best things happen when I improvise. I think a lot of the spontaneity disappears when you try to refine the arrangements into perfection. I decided to keep more of the original thought here with the insight that the first idea is often the best.