What’s On: Halloween In Stockholm


Posted 10 months ago in More 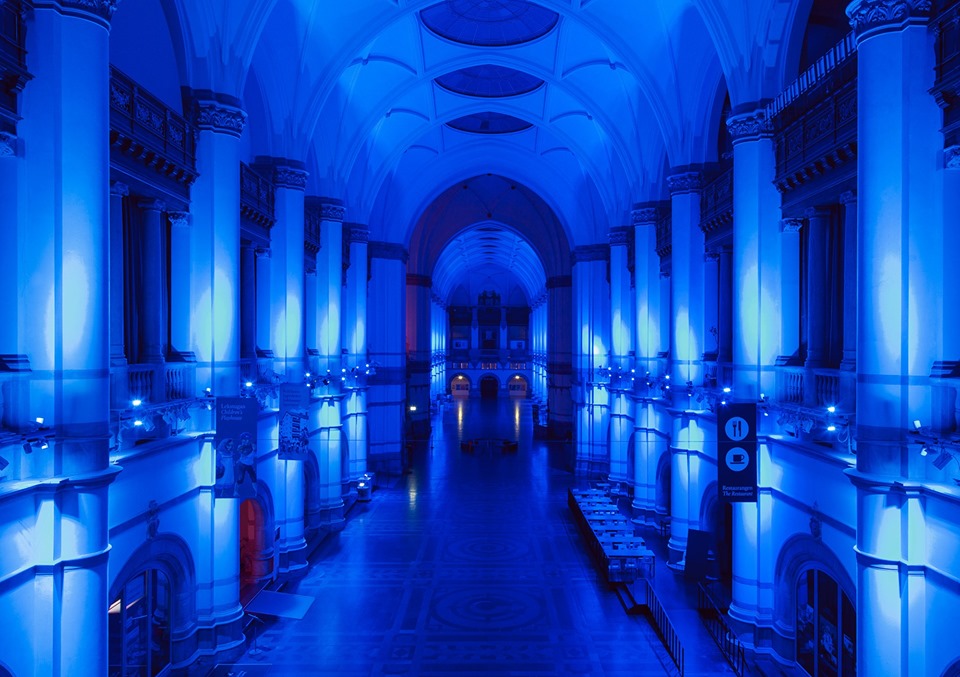 It’s getting close to the scariest time of year, at least if you have a phobia of people in costume, facepaint being smeared on every surface and bits of abandoned wig and costume littering the city’s streets. That’s right, it’s nearly Halloween, and so around the big day on October 31 there’ll be plenty happening in Stockholm for all ages and tastes. So we took it upon ourselves to round up the best events on All Hallow’s Eve.

FILM: HARRY POTTER IN CONCERT
Halloween seems a decent time to check in on the world of wizards, and so this special screening will be a must-see for any fans of J.K. Rowling’s creation. The opening film, Harry Potter And The Philosopher’s Stone, will be on the big screen at the Waterfront Congress Centre, accompanied by the Stockholm Concert Orchestra performing the soundtrack. It plays twice on November 2.
Nov 2, Stockholm Waterfront Congress Centre

FILM: MIDSOMMAR
Of course, if your taste in film is somewhat more adult than Harry Potter, you can go to the other end of the cinematic spectrum and catch this year’s big conversation starter, Midsommar, at Bio Rio. The horror flick is shown as Ari Aster’s Director’s Cut, 30 mins longer than the original version.
Oct 31, Bio Rio

GIG: HALLOWEEN RELEASEFEST
Glenn Echo are releasing their new rock’n’roll EP Beach Leather, and to celebrate they’re throwing a special themed release party at Landet. They and Concrete Blossoms perform live, and guests can show up in their Halloween best, and expect plenty of surprises.

PARTY: XNYMFO PARTY
Electro artist XNYMFO has a new single on the way, Nymphomaniac, and that coincides neatly with Halloween, so she’s taking charge of festivities at Timebar to celebrate both. She plays live, Patrik Arve and Rigo Topaz of Teddybears DJ and there’s plenty more Halloween tricks in store too.

MUSEUM: NIGHT AT NORDISKA
If Night At The Museum is one of your movie favourites, then why not recreate it? Nordiska Museet are offering a unique experience as they allow guests to explore the museum after dark. A ticket buys you an hour-long wander around museum, from just after 18:00 for the cautious to after 21:00 for the braver. Open to children over 6 in the company of an adult.
Oct 29, 31, Nordiska Museet

CLUB: TOMMIE X SPOOKY DANCEPARTY
Under Bron have handed the keys to Tommie X for their Halloween party, so you can expect the club to be filled chaotic but fun energy for the festivities. Queer platform SUSI TAIN DJ in Klubben, Tommie X and Oda play Eurodisco in the upstairs and for people who aren’t in the Halloween mood there’s Västhusbaren, a safe space for the un-costumed that evening. For the costumed however, there’s even a prize for the best one, which you can compete in by posting on Instagram with the hashtag #UBHalloween19.
Nov 2, Under Bron

THEME PARK: GRÖNA LUND
Gröna Lund always make the effort for Halloween, and you’ll find the whole park cast in spooky clothing for the weeks around the holiday. And you can also enjoy their Halloween experience Sektet, which puts you in the presence of a mysterious cult for Halloween. Just maybe don’t go there straight after watching Midsommar.
Oct 18 – Nov 3, Gröna Lund

CLUB: REPLICANT
And things go Blade Runner at Slakthuset for their Halloween club, titled Replicant and themed after the iconic film. Event organisers 420 group are in charge, and they give the event the following billing: “Early in the 21st Century, 420 Group advanced rhythm evolution into the next phase – a clubber virtually identical to a human – known as Replicant. The replicants were superior in rhythm and agility, and at least equal in empathy, to the genesis engineers who created them”. There’s plenty of house and techno DJs, and electronic producer Johannes Brecht performs live.
Nov 2, Slakthuset