Treasure Trove: A Peek Behind The Curtain At Gröna Lund Backstage 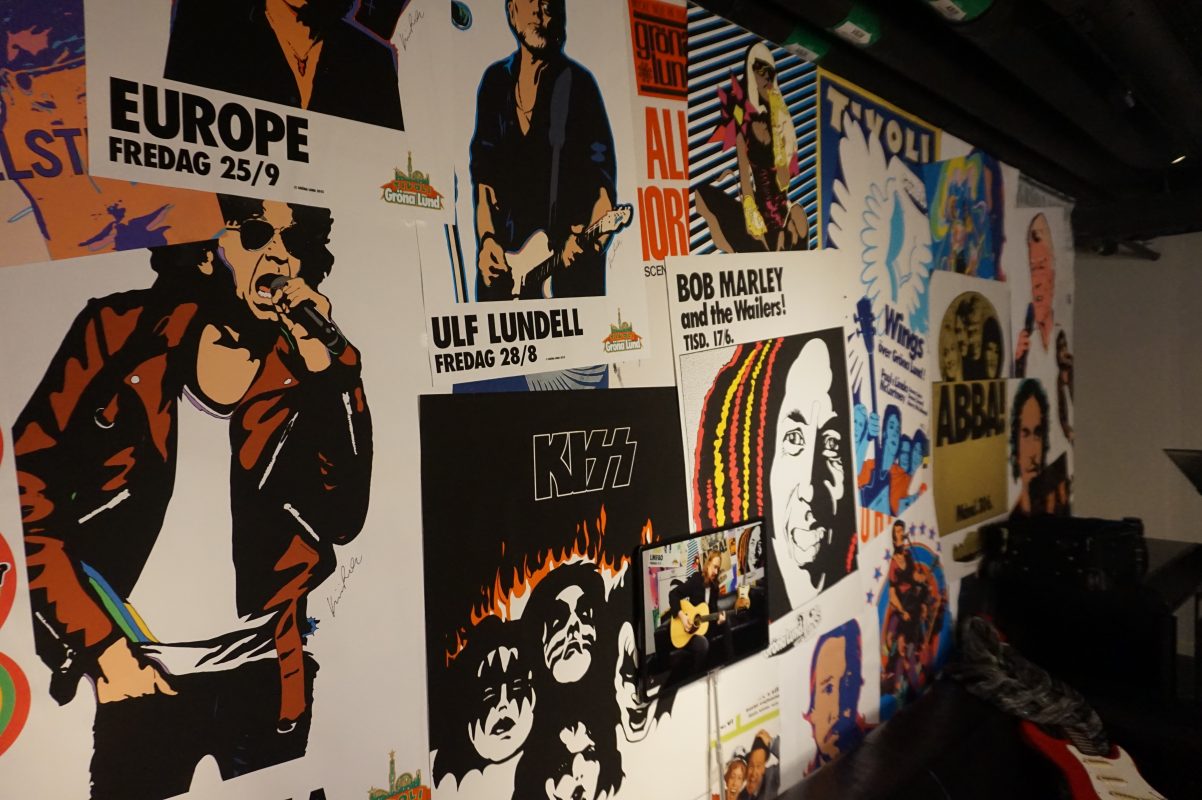 It’s something you maybe don’t think about very often, but a hell of a lot has happened at Gröna Lund throughout its history. The main stage was opened in 1928, and since then many of the world’s most famous artists have performed at the venue, including (deep breath) Quincy Jones, Ray Charles, Thore Skogman, BB King, Louis Armstrong, Monica Zetterlund, Hep Stars, The Beatles, Abba, Chuck Berry, Ted Gärdestad, Tomas Ledin, Van Morrison, Bob Geldof, Bob Marley, Lill Lindfors, Miles Davis, Tina Turner, Håkan Hellström, Iggy Pop, Lady Gaga, Lena PH, Robyn, Europe, Lars Winnerbäck, Sven Bertil Taube and Veronica Maggio. Over the years, Gröna Lund has built up a collection of photos and material from these performances, which it has displayed in the backstage area at the venue. Now, for the first time, the general public has the chance to see this historic material, as it’s being installed in a new exhibition called Gröna Lund Backstage, which is hosted at the Abba Museum. We had a chat with Caroline Fagerlind, Project Manager and Curator at ABBA The Museum at Pop House Stockholm, about it.

So, first of all, where did the idea for the exhibition come from?

Ingmarie Halling, Museum Director of Abba The Museum at Pop House Stockholm, has on several occasions visited Gröna Lund’s backstage area, where they show a huge selection of photos of artists that have performed at Gröna Lund throughout the decades. She felt like this unique photo collection would be nice to share with the greater public in a temporary exhibition at Abba The Museum.

This was a very fun project to work with. We got access to 700 photos and researched hours of film clips, which resulted in this historical exhibition showing a wide range of artists through many generations. We were a small team consisting of only six people, and completed this exhibition within four months. The project included building a replica of the original Gröna Lund backstage area, framing 280 photos, editing hours of concert movies, framing original posters, arranging original costumes and so much more. I’m very proud of how it all came together in the end.

How much times does it take and how difficult is it to collect all the material and archive footage for a project like this?

The project started in February and the exhibition officially opened on the May 16. That’s a process, from idea to reality, spanning over four months. We got the photos from Gröna Lund’s archive and the difficult part was to select which photos to use because we did not have enough display area for all 700 of them. A slightly more time-consuming assignment was to find all the original the film clips, especially the early ones because a majority of the films in Gröna Lund’s archive were destroyed in a fire.

What kind of place do you think Gröna Lund occupies in Swedish music culture?

I would say that Gröna Lund has made a huge effort in making Swedish and International music available for everyone. For the price of 250 SEK you can get access to 60 concerts in one season.

In the time you spent digging through the archive, what’s your favourite Gröna Lund story or moment you’ve come across?

One of the photographers I met during this project told me that he, as a 14 year-old boy, made a fake press pass and got to interview Jimi Hendrix backstage at Gröna Lund. The original photo from this moment is on display in the exhibition.

Is it important to highlight history like this, to help us appreciate the venues we’ve got and the musicians that have performed there?

Yes, I think it´s important to share this great treasure trove of world famous artists. It is meant for everyone to experience. Guests visiting the Gröna Lund Backstage exhibition at Abba The Museum at Pop House Stockholm will relive and prolong the music and the memories.