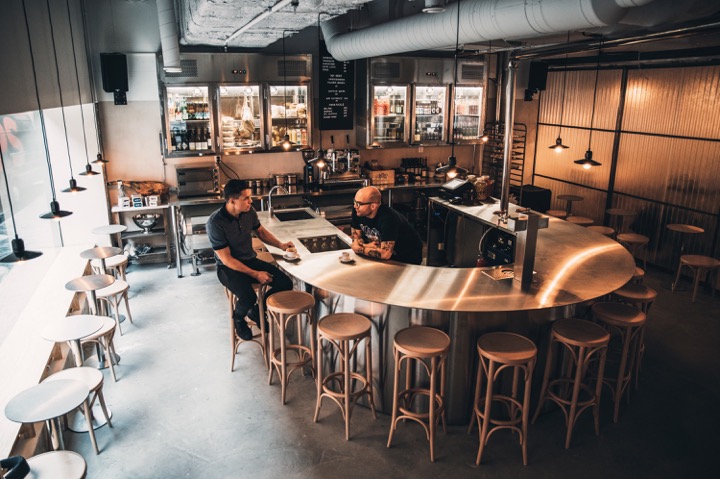 The bar complex Tjoget has enjoyed an avalanche of praise since it opened a few years back, with Linje Tio, its bar and restaurant, frequently landing on the World’s 50 Best Bars list. But Tjoget, which also includes Hornstulls Bodega in its three room set-up, isn’t letting that praise make them complacent. They’re now undergoing a quick renovation (with a new interior by Arrhov Frick) to keep the place in good shape, and also adding a new ÖlKafé [beer cafe], a more cosy and chill place to grab a drink.

The new area is called Kafé Tjoget, taking the name from an old ölkafé in Hornstull which closed in the 90s, and will be housed in what used to be the barbers Roy & Son. The new ölkafé will also serve snacks and small dishes, and will be open from 11:00 on weekdays and for brunch from 12:00 on weekends, staying open until late.

Joel Söderbäck of Tjoget says: “It feels very fun to get the opportunity to make Tjoget even more accessible for people. With the new set-up in Tjoget’s layout, we get 40 new seats. That’s good for big groups, which would in the past not have been able to hang out at our place”.

The new Kafé Tjoget is open from November 6.