The Most Exciting and Adventurous Moments in Modern Stockholm Ice Sports 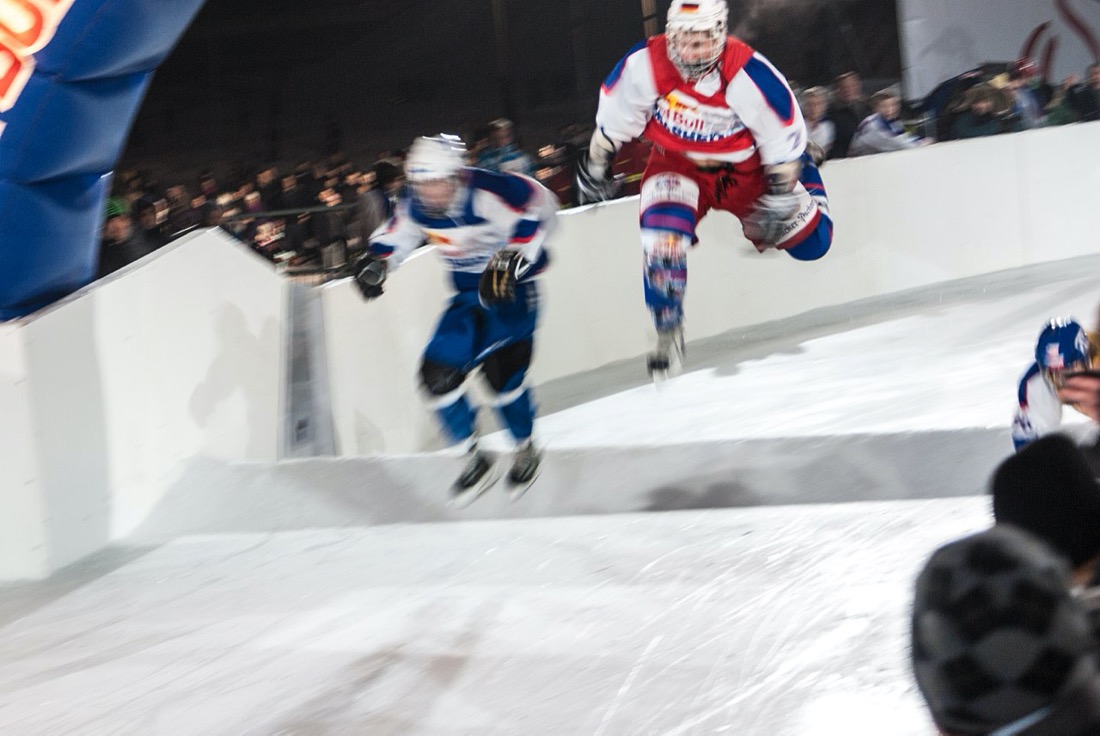 Sweden loves a tremendous range of sports – and not just those that are competed during winter weather. However, given the climate, there is a distinct affinity for action in the cold, with Stockholm being the stage for many thrilling ice-bound events over the last 20 years. Here, we look back on the most exciting and adventurous winter sports moments to have graced Stockholm in recent times.

Red Bull may be an Austrian energy drinks company, but they’ve certainly demonstrated a love of extreme sports and Stockholm in the past. Known for their unique style of advertising – via proprietary extreme sports events – the company name is as associated with action and excitement as it is a taurine-filled drink can. One such sporting series is that of Crashed Ice, which was born in Stockholm.

Back in 2000, Red Bull decided to create a brand new sport of downhill in-line skating that would combine speed, ice, skate blades, and a good amount of padding. After much planning and testing, Red Bull launched their new sport, Red Bull Crashed Ice, choosing Stockholm’s fish market as the perfect location to initiate the action. The inaugural event saw competitors race down a 300-meter ice track that was filled with awkward obstacles and tight turns, making for a physical, fast-paced, and high-octane spectacle.

Competing in his homeland, bandy player Jasper Felder claimed the first-ever Crashed Ice trophy, with his showing and the efforts of his fellow athletes in Stockholm proving to Red Bull that their creation was viable. From its origins in Stockholm, the event moved on to Austria, Canada, Russia, Switzerland, and several other nations in the ensuing years. When it was a single-event competition, Sweden’s own Felder won all of the first six events.

Ice hockey is one of the most action-packed sports in the world, with Sweden being one of its biggest fans. Several of the greatest players of all-time hail from Sweden, with the SHL considered to be one of the best leagues outside of the NHL. Ice hockey has a long tradition here, with fans all over the capital city fully immersing themselves in the sport. Going further than merely buying the jerseys, fans also make use of the extensive ice hockey betting markets on 888sport among other sites, which cover everything from odds on upcoming matches, odds on individual player points and goals, in-play betting, and outrights on competitions from around the world.

While Sweden is a mighty force in the sport with a tremendous fan base, Canada still dominates in ice hockey. The nation is home to the majority of players in the NHL and has claimed stacks and stacks of international tournament honors – even if they don’t put out their strongest team each time. However, at the 2013 IIHF World Championship in Stockholm and Helsinki, Sweden upset the odds to oust the North American tournament favorites in a thrilling showdown.

During the group stage, Canada finished above Sweden by three points, defeating the co-hosts 3-0 at the Ericsson Globe in Stockholm en route to coming second in the table – behind Switzerland. In the first playoff round, the quarterfinals, Sweden was given a chance to exact their revenge. However, by the end of the second period, the team boasting the likes of Steven Stamkos, Taylor Hall, Matt Duchene, PK Subban, and Claude Giroux were 1-0 up – which could have been 2-0 were it not for a heroic one-on-one save by Jhonas Enroth.

In the third period, Sweden was given a chance to get back into the game, capitalizing on the powerplay via a slapshot from Nicklas Danielsson from the blueline. Less than five minutes later, on the powerplay again, yet another slapshot from the point via the stick of Danielsson found its way past Mike Smith. Shortly after, Canada evened the scoreline, with the contest nervously working through the rest of regulation, overtime, and to the shootout. At one-each after the initial bracket, the mighty slapshot of Fredrik Pettersson was followed by Jordan Eberle hitting the post to cause the arena to erupt and the Sweden team to mob their goaltender.

Sweden carried this momentum to best Finland 3-0 in the Ericsson Globe and then obliterated the undefeated Switzerland 5-1 in the final hosted in Stockholm.

Going on an urban snowmobile ride

While organized extreme sports events are the major draws for eccentric sports stars, all of these crazy competitors boast a tremendous amount of creativity, being able to find exciting opportunities just about anywhere. The sprawling city of Stockholm looks to be the perfect setting for a stunt in the right situation, with the first big snow of the year often piquing the interests of adventure seekers. In 2012, Swedish X-Games racer Daniel Bodin decided to put his skills to the test, challenging his snowmobile on the snow-laden streets of urban Stockholm.

The daredevil popped out of his van to then speed along the snowy pavement, over snow piles, up ramps, and down back-alleys in the very early hours of a December morning. It proved to be quite the spectacle, with the now five-time X-Games gold medallist bringing more attention to his extreme sports events – Snowmobile Freestyle, Best Trick, and Speed & Style. Already a gold-medallist and record-holder at the time of the Stockholm stunt, Bodin has gone on to add several more stunts and feats to his record, including an almighty snowmobile double backflip in 2017.

Stockholm has witnessed many adrenaline-pumping sporting events over the decades. Most recently, the national team’s triumph over Canada – and subsequent World Championships victory – the urban snowmobile ride, and the birth of Crashed Ice have proven to be the most exciting ice sports occasions in the capital city of Sweden.