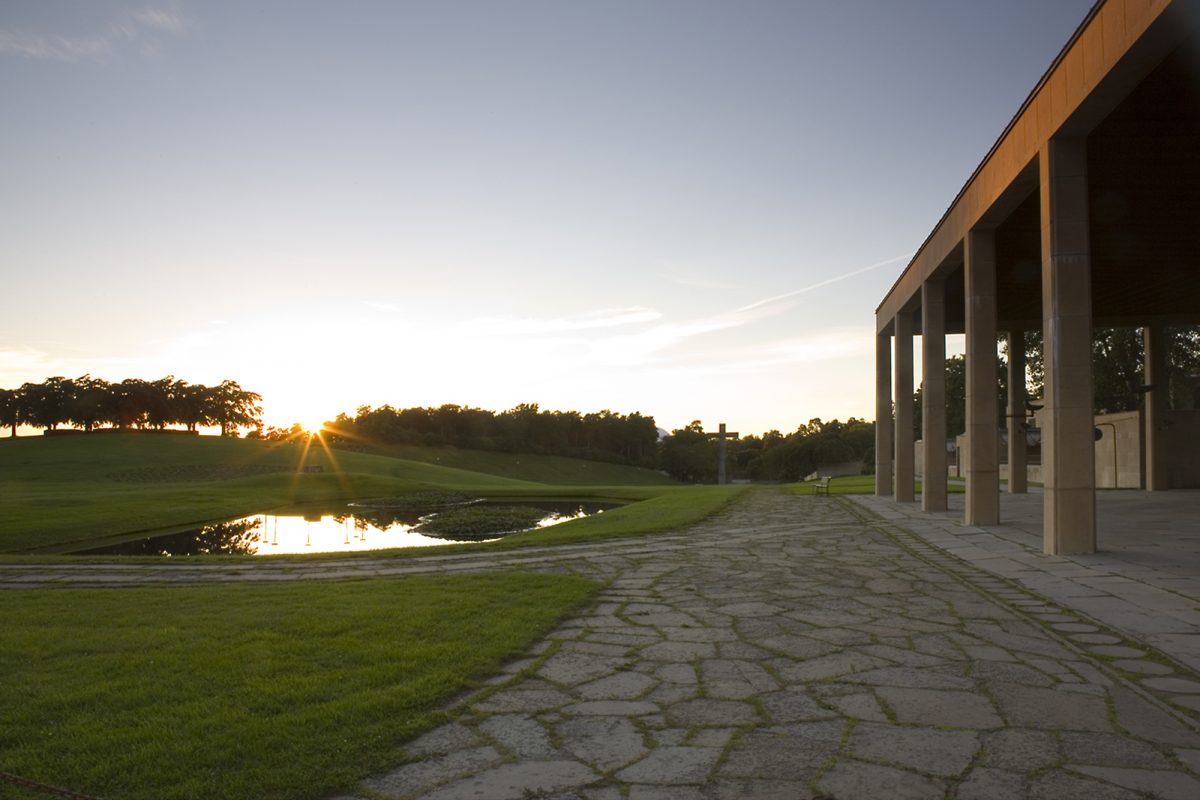 The emblematic image of a cemetery in Sweden is one that surrounds a medieval church and is circumvented by neatly trimmed hedges. It is almost as if you have seen one, you have seen them all. In 1915 architects Gunnar Asplund and Sigurd Lewerenz were commissioned to create a new and spacious final resting place for Stockholm’s booming population.

The new cemetery was to be placed in Gamla Enskede, south of Stockholm. Ground was broken in 1917, but construction went on incrementally until 1940. The design and architecture are influenced by the surrounding nature, drawing sacral inspiration from the sparsely-placed and tall pine forest in which it is located.
At the time ultra modern and avant-garde, moving away from traditional grandiose cemetery designs, Skogskyrkogården as a whole has been designed in great detail by Asplund and Lewerens, who made sure that even the nitty-gritty details such as light fixtures and signage adhered to the general vision and design idea, which was to integrate architecture with nature.

Scattered about the pine forest are no less than five different chapels as well as a number of other points of interests such as the Tallumpaviljongen and Skogskrematoriet that have made the vast but humble cemetery a Unesco World Heritage site. Although always open to the public to visit for free, Skogskyrkogården offers guided tours every Sunday in English or Swedish, until the end of September.