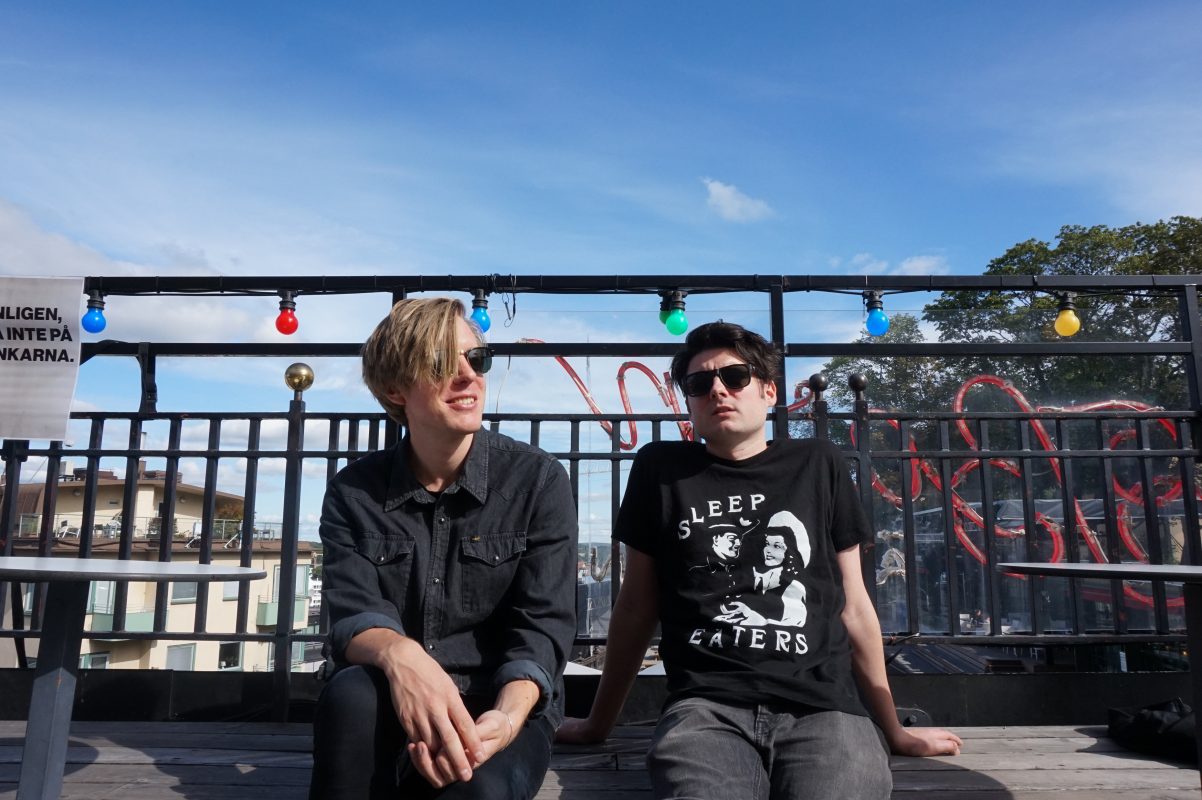 “We’re using Fridays to focus on live music”, said Södra Teatern’s Filip Adamo about the new programme at the venue when we spoke to him last week. And this Friday, that idea comes to life as rock’n’roll label PNKSLM take over the venue for one of the first live music Fridays of Södran’s new season. They’ll be running a Friday at the venue once a month this autumn, and this week they’re bringing in Sudakistan and Slug Bait to play live, and will be DJing in the new bar Groggen, as well as upstairs in Kristallen, where the live shows will be. We had a quick chat with PNKSLM head office, aka Luke Reilly and Johan Alm, about what they’ve got planned.

When did you get the call from Södran to be one of the labels for this new concept, and what did you think of the idea when you got that call?

Luke: Actually it was quite a last minute thing, but Filip reached out a few weeks back, and asked if we would be interested in taking over a Friday night each month this autumn. We had a quick meeting, and I was really impressed with their whole ethos, and what they’re trying to achieve with Södra Teatern. There’s been a lot of talk recently about the ‘end of the Stockholm music scene’, and it’s refreshing to see a venue actually pump money into live music for shows that will be always free entry. I’ve always wondered why more Stockholm clubs don’t do this, it’s good for the bands to have bigger audiences, and it’s good for the venues as they’ll have more customers at the bar. A few places do that on Östermalm, but not so many on Södermalm. I guess we’ll see how it goes, but I’m impressed Södran has stepped up and are willing to give this a shot. They’ve also put a lot of effort into renovating the club room upstairs, it looks like a totally new venue now. I’m excited to see the bands play in that room actually. And downstairs there is the new Groggen bar, where we will be drinking gin and tonics and DJing with Julia Boman (VERO)between 17:00-22:00!

Ok, first bands out for the debut show are Sudakistan and Slug Bait. We already know about Sudakistan, but tell us a little about Slug Bait. What made you want these bands for this show, and what can we expect from upcoming shows?
Luke: Slug Bait are great. Actually the first time I ever saw them was in the square outside Södra Teatern in the middle of the day, and they blew me away. Real punk rock, with a saxophone. What’s not to love? With this and the upcoming shows, we want to book some of the most fun live bands we know, and hopefully get them to play in front of a new audience. In fact, for the next club (Oct 4), we’ve booked two bands from the UK.

You’re going to be in charge of two rooms at Södran on Friday, Groggen and Kristallen, what can we expect from both?
Johan: The evening starts out downstairs in Södran’s new bar Groggen for after-work at 17:00 with us and Julia Boman behind the decks, before moving upstairs at 21:00 for two of Stockholm’s best live bands. First band on at 21:30, so don’t be late…

What should guests expect from Friday, and what state of mind should they be when they step into the building?
Luke: Expect a good time. I don’t know about state of mind but arrive on time and be prepared to see two world class rock and roll bands in a great venue.

Finally, what’s coming up from PNKSLM for the rest of the year?
Johan: On the live side we’ve got another two shows as part of our Friday takeover at Södra Teatern, and the line-ups are shaping up to be something special. On the label end we’ve just released the first in a series of new singles from HOLY, “Hot on the Heels of Love”, with a video by Gustaf Holtenäs. So expect more from him, as well as the second album from Belgian garage punks Mind Rays. We’ve also got a few very exciting things under wraps at the moment which we can’t wait to share with everyone.