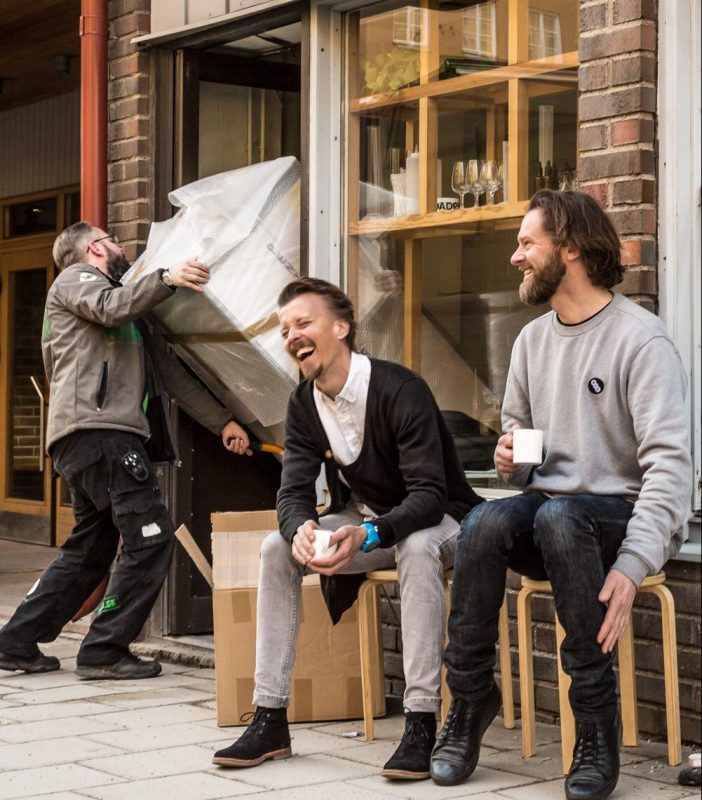 Sustainable food is not a trend, it’s a natural development of gastronomy. So says Paul Svensson, acclaimed chef at Fotografiska, who’s spearheading the sustainable movement. He’s recently made it on to the Plant-Forward Global 50 list over the world’s most influential chefs within health, sustainability and the food of the future.

In May he’s behind ReTaste, a pop-up restaurant initiative rescuing lost taste experiences. Where rescued raw produce that otherwise would have been wastage becomes culinary delights.

“Where the food’s from or what it is is of less importance, we just make sure we save it,” he says.

You already work in a sustainable way at Fotografiska, do you feel that sustainable food is a trend that is here to stay? And could you define this term?

The new, more conscious kitchen and sustainable meals isn’t a trend or concept as such, but a natural development of gastronomy. Where you, due to curiousness and honesty, create meals that leave a good aftertaste both today and also for the future.

It’s about the choice of raw produce, so that with minimal impact on the environment you can generate the best dinner experience possible. But first and foremost, it’s about an understanding of the fact that all products that are ordered and refined have already made a large impact on resources – so to throw products or parts of products away is the most unsustainable thing we can do.

A lot! It’s a shift from just lumping together all the restaurants across the world who provide high quality food experiences, to instead highlighting restaurants that want to achieve something more.

Now you’re opening ReTaste in May. Could you let us know how the initiative came about?

The starting point for Fotografiska has been to eliminate the wastage from the restaurant but also at the collaborating partner you source it from. We think about the stores that sell food and what they do with their raw produce that has passed its sell by date. Most don’t have any way of making use of it. We have realised along the way that we should all do what we are suited for, but perhaps we can help each other out to a larger degree, to fight the challenges that we face with environment and wastage. Since both Coop and Willys look at these problems, it felt natural to get in touch with them and present Retaste as that open source solution. The aim is to move what the consumer sees as waste into premium taste experiences.

It does sound like a very ambitious project, spending two nights a week creating a menu from food that would otherwise be wasted..

Yes, I like not making it easy for myself…

It feels a bit like a lottery when it comes to what ingredients might show up, can you tell us more about the process? And how early in this process do you know what you have to work with?

Yeah, it’s a bit of a lottery, so you have to think backwards. The format of the dishes, and the texture will have to be established before you create the actual taste the same day we get the ingredients. A lot of the raw produce will also be refined for upcoming menus in the shape of preserves, extracts, drinks and purées.

You have stated that the most important factor in this project is questioning why we discard some parts of the plant and animal kingdom, while we see other parts as first-rate. Could you give us some examples of things we have completely misunderstood?

All kinds of skin and peel on root vegetables and vegetables, the skin and scale on fishes. These are delicacies that are completely discarded. But also preservation fluid like the brine in the mozzarella or fruit brine in a can with preserved pears. The whey from the sour cream or the coffee grounds from the last brew. I could go on all night.

I have spoken to bartenders about the zero waste trend in cocktails. When Swedish bartender Josephine Sondlo was competing in Mexico one of her cocktails was comprised of hotel breakfast leftovers. Used teabags, pineapple and grapefruit peel, yogurt whey and so on, and then she served the cocktail on beer mats made from leftover soap. How far has the zero waste idea progressed in Stockholm’s restaurants today?

Slowly but surely it’s creeping in, and it’s here to stay. Not because we should be eating trash but because we’re beginning to get curious about all elements of raw produce, and because we don’t want to miss out on any lost taste experiences.

Vegetarian dining is also a growing trend here in Stockholm. Looking ten years ahead, how far will plant-based eating have grown by then do you think?

I’m convinced that it’s the new tradition. We’ll look back at this period we’re in now as extremely un-proportional. When people realise how much better tasting and more interesting a plant-based meal is there’ll be no turning back.

Photo: Paul Svensson and Per Styregård