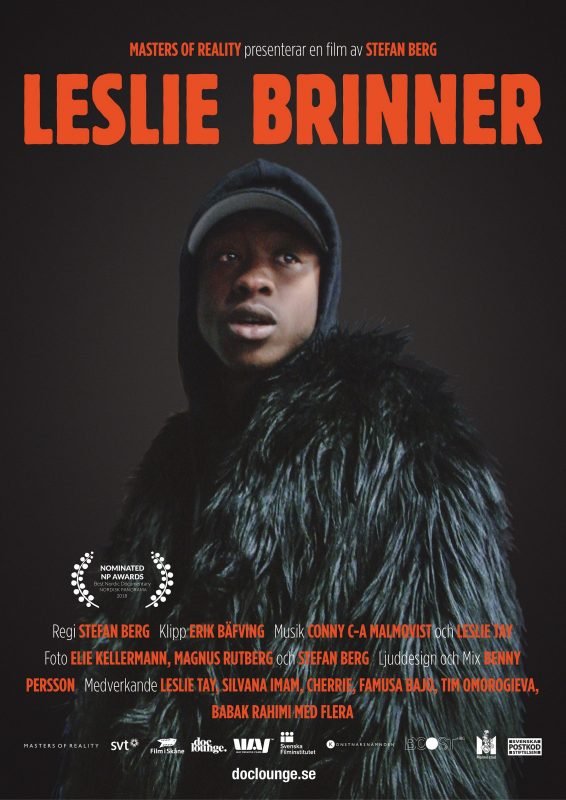 In a strange way, documentaries have been a constant in the career and life of Malmö artist Leslie Tay. In 2004 he featured in a documentary about his school, Pojkar, and later there was the 2008 SVT doc Leslie – killen som kommer att glänsa, which chronicled the then up-and-coming rapper’s early life from the age of five to nineteen. Having gone from a tough background to become one of Sweden’s foremost producers and artists (his production credits include Cherrie and Stormzy’s Aldrig Igen), his story has always been compelling and worth telling.

And now, with Tay having released his debut full-length album Vilja & tålamod this year, director Stefan Berg, who made the first two films, has revisited him for another documentary. Lesie Brinner collects material from over 15 years, and presents a portrait of a young talented artist, as well as exploring questions of norms and masculinity, tracking Tay just before the release of Vilja & tålamod.

Stefan Berg says: “Even after I had just finished the project Leslie – Killen som kommer att glänsa, the idea was planted in my head to at some point in the future revisit the Leslie’s story and bring together all this magical and powerful raw material. I saw that it was only when it was reflected in an adult man’s life that it would shine with its full value. This is my biggest and maybe most important film project ever. It’s a breathtaking story of a very gifted artist and a complex and charismatic person”.

Leslie Brinner has its cinema premiere at Flykingen tonight in association with Doc Lounge, followed by a panel discussion about music and masculinity moderated by Tanvir Mansur of the equality organisation Make Equal. The film will be shown in Swedish with English subtitles.