In Vino Päritas: Wine Waves over The Other Europe 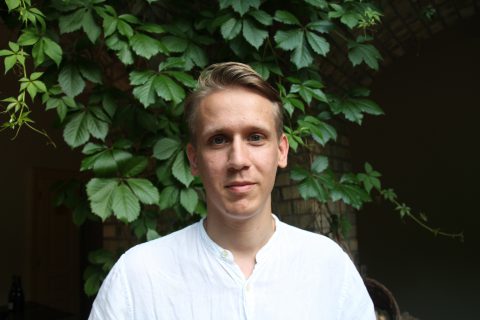 Wines from Central and Eastern Europe, the Middle East and beyond are in a new phase of progression. At similar latitudes as winegrowing powerhouses Spain, Portugal and South Italy are Greece, Turkey, The Middle East countries (such as Libanon and Israel) and minnows Georgia and Azerbaijan, all situated to the east of the ‘old world of wines’ warmer climate zone. Further north is the cooler climate zone where established wine producing nations France, Germany, Austria and North Italy are situated along with their eastern neighbours the Czech Republic, Slovakia, Hungary, Bulgaria, Romania and Moldova. In that area along the Black Sea coast, wine has actually been produced for thousands of years. We have seen a little bit of a renaissance during the past five to ten years in these ‘old and forgotten’ wine producing countries, perhaps with some help from the so-called Natural Wine movement. And when I say old and forgotten, I mean here in Sweden, as these countries have a long history of producing and indulging in their own product. Of course there are always exceptions, and Hungarian Tokaji and Greek Retsina alongside a few other classics are perhaps the most recognized wines within our borders. Some of these countries have been able to export bulk wines to non-wine producing countries and it has been one way to stay on the market, but only a few countries have been able to do that. Behind the iron curtain in the Eastern Bloc, communist countries paid little attention to grape varieties and local hand craft. Instead, they focused on mass-produced wine. Economic difficulties and conditions in the aftermaths of war and times of crisis have had a major impact on the possibilities for exporting local products in most of these countries. Many farmers’ production and possibilities were depleted and while the rest of Europe’s wine producing countries flourished and developed, the Eastern Bloc stagnated. It’s taken a long time for it to recover.

Other countries, while not behind the iron curtain, have had other struggles, like war, corruption and poverty to fight against. However, the local varieties of grapes and the unique terroir and geology have survived, as well as old traditions and knowledge, and new generations of wine makers have taken over old land and with fresh knowledge and education from modern wineries in France and Italy. Things are now moving forward very quickly. With courage and guts they take on solid hand crafted wine making as they set their eyes on export.

In Western Europe, far from the trials of the Eastern Bloc, England and Wales has rapidly been growing stronger as wine-producing countries. With chalk soil and latitudes similar to Champagne in France, wine makers in Kent and Sussex have managed to make a name for themselves not only in the sparkling wine category, but also with still white wines. To find out more about the history of wine production through trials and triumph in the non-traditional countries, I had a chat with Pontus Lindqvist from Wine Waves, a wine importer focusing on, in his own words, “the other Europe”.

Pontus studied Restaurant Management in Switzerland before his career took off, first within hotels and restaurants. He worked in Geneva, Paris and New York before returning to Sweden as maître d’hôtel of the Grand Hotel in Stockholm. When he later found his love in Hungary, it coincided with his rising wine interest. After exploring this part of Europe, he decided to invest wholeheartedly in wine and began importing wines from ‘the other Europe’. He found a clear gap in the market for wines from those regions here in Sweden, and he wanted to highlight all the small producers who cherish the local grapes and deserve attention for it. Today, he runs Wine Waves full time while studying for the WSET Diploma [a high-level wine and spirits education].

Along with the more established old world wine countries, perhaps Hungary and Greece are the two most known to us here in Sweden. Has their development during these dark years been different to the more unknown regions?

”Hungary has definitely had some influence in the world market thanks to Tokaji and its importance in and presence at the royal courts around Europe. If Hungary has always enjoyed a good reputation, countries such as, for example Bulgaria and Romania, have struggled to get rid of the bulk wine tag. But it’s changing there now and exciting things are happening, I will even bring two new great Bulgarian wine producers to Sweden soon. The most creative and progressive countries are perhaps The Czech Republic and Slovakia where you can see the natural wine movement growing. They don’t have any famous and respected appellations to lean on yet, but they have had quicker economic growth, so can maintain old land and regain knowledge. and with a new generation of wine makers make it on the export market”.

What is it that makes these regions and their wines more known to us right now?

”Perhaps it’s the lust and eagerness for the next thing. Natural wines and the handcrafted movement have raised awareness and curiosity. Here in Sweden, people generally have great knowledge of the styles and tastes of both the ‘new’ and the ‘old world’. Maybe they are now looking for new challenges and experiences and with an openness to new regions, unique terroir and local grape varieties. These countries are simply new turf to explore. Here you will also find the next generation of young wine makers looking towards the future market, where attitude and personality means equally as much as history and tradition. Thanks to social media and the internet, their message can be spread quickly with fairs and festivals highlighting craftsmanship and small regions with focus on innovation. This new generation of wine makers get their inspiration from well established producers in other countries and are now focusing on export”.

What countries or regions should we be on the lookout for?

”It depends a little what you’re looking for. Austria recently had their renaissance and if you look to the east I believe Hungary will be the next big thing. We have mentioned Greece before as a strong contender and alongside Hungary, they can compete with the more established European countries. Smaller and perhaps more niche countries with a very unique terroir and unique local grapes are Slovenia and Croatia. Ukraine has potential, like the more difficultly defined Georgia with its orange wines. I also would like to mention Poland, that due to climate change has managed to create a lot of pretty decent stuff lately. It’s also about attitude and will, the ones who aim high and can maintain their energy will succeed”.

What, in addition to terroir, fruit and location, dictates the possibilities for good wine production?

”Well, obviously the human factor, knowledge and labour. Somehow the wine-production knowledge was neglected during the communist years and it’s not until recently that some of these countries are getting back on track again. Then you have supply and demand. Is there a thirst for the wines? The interest levels in new regions and new grapes is crucial for an incentive to invest in the production of craft wines”.

We are not just talking about a small area here, there are vast geographical differences, even socioeconomic and historic diversity between these countries. But is there something that unites these so-called old newcomers?

”Unlike the new world wines, these countries have their own domestic vine varieties tailored to their own unique land, climate and food culture. They do not need to imitate anything else, like Bordeaux or Burgundy. They have their own qualities to show off and stand for.”

Are there other places we should look out for in the near future?

”As mentioned before, I’d like to strike a blow for Poland. It’s a new country in terms of wine. Solaris and other hybrids made for colder climate growth aside, thanks to climate change they manage to successfully grow more climate sensitive grape varieties too such as both Riesling and Grüner Veltliner. Other than that, I’m not sure, I dare not comment on what is happening in China and India, for example.”

Has the natural wine movement, if we allow ourselves to call it that, had anything to do with the addition of these nations’ wines to the more development-conscious wine bars and restaurants lately?

”Yes, absolutely. Many of the new generation of sommeliers are looking for new challenges, where classical origins are not always the most important. A more open minded attitude has opened up for new tastes and styles in the past three, maybe four years”.

Why should the curious wine lover look to new areas when the established wine world already offers so much?

“The old world will always be there and the new world is a version of the old with the same grape varieties and styles, although a lot of things have happened there too. New generation wineries constantly seek new ideas and opportunities, especially in Australia and South Africa. But here we have unique grape varieties that can not easily be compared to something already known, which do not have the same frames of reference. Do you want to challenge yourself and have fun with something new, but from an environmental point of view stick to Europe? Then there are so many new things to explore and find. The price range is also quite decent even if the slightly better producers with self-confidence are charging market prices”.

What wine do you suggest the curious should try before the summer is over?

I would like to say Furmint from Hungary, an incredibly exciting grape, complex with many different expressions. For example, Dobogó Furmint available in Systembolaget’s ordering range (Hungary, Art.nr: 75987, 187 sek). Also try Rizling-Veltlín 2015 from Strekov 1075 (Slovakia, Art.nr: 95708, 199 sek) which is a cuvée on equal parts Welschriesling and Grüner Veltliner that have been aged on the lees. A good introduction to Zsolt Sűtös amazing wines. Zsolt is in some sense the father of Slovakia’s natural wine scene and has successfully combined local wine making traditions with techniques from Northern Italy and Jura. I would also like to talk about Kékfrankos 2015 from Peter Wetzer (Hungary, Art.nr: 90301, 179 sek), a light and fruity wine but with tightness and the spicy characteristic of the Kékfrankos grape (Blaufränkish). This is Wetzers entry level wine, like a Village, as it is a mixture of several locations. Peter has a small production of highly crafted wines in Sopron on the border with Austria. Like Burgenland, this region has sub-Alpine climate influences, which create a longer and slightly more temperate growing season, giving more finesse to the grape compared to wines from other parts of Hungary, which otherwise have a warmer, more continental climate. Both wines were released on July 7 in Systembolaget’s temporary selection.

And finally, at which bars and restaurants can you find ‘The Other European’ wines in Stockholm?