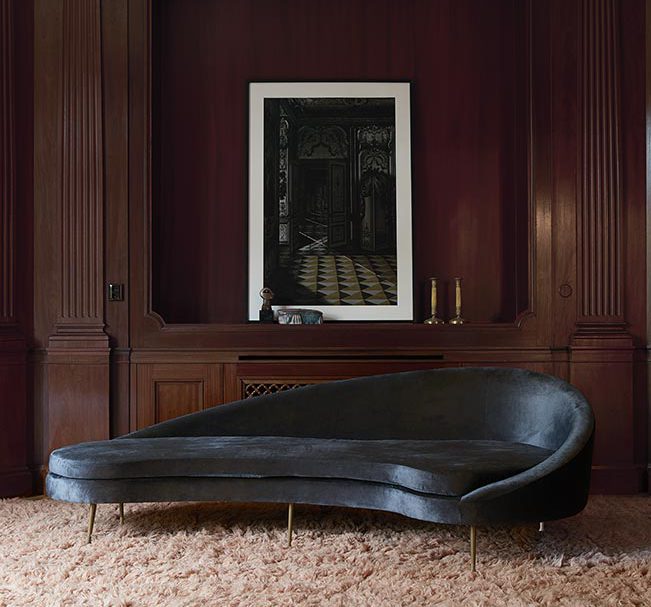 We’ve been seeing it for some time now – influences from the 1960’s and 1970’s are making a major comeback in interior decor. With Pinterest naming retro interiors and 1970’s furniture as one of the fastest-growing trends for 2017, it is only a matter of time before you’ll be laying on a shag-pile carpet surrounded by the smell of incense, looking deep into a lava lamp.

Although the 1960’s and 1970’s were boho, glam and downright groovy, the era got a lot of flak. And for good reason, because who’d want to see the return of disco balls, hot tubs in bedrooms and pattern-on-pattern psychedelic wallpaper? Instead, look to Milanese design studio Dimore for their fresh take on interiors in which riotous shapes, colours and patterns reign.

Swedish design brands are also looking to the era for inspiration: “Our new collection bears distinct markers of the 1960’s and retro influences, which are particularly visible in both the forms and colour schemes”, says Malin Glemme, designer and founder of Swedish carpet and furniture brand Layered.

After they commissioned fashion photographer Tobias Lundkvist to photograph their new collection of shag-pile rugs, velvet sofas and glamorous pouf stools, he chose to return to the 1968 villa that inspired the creation of the collection in the first place. Designed by architect Adam Backström and located in the upscale residential area of Djursholm, the tile villa is another reminder of everything that was good about the time period.

A similar approach was taken by Swedish design brand Teenage Engineering, photographing the re-engineered classic ‘OD-11’ loudspeaker at Villa Erskine. The former home of architect Ralph Erskine and his wife Ruth is an early example of brutalist architecture in Sweden, and was completed in 1963. It is now open for viewing by appointment.

Restaurants and bars across Scandinavia are also serving up a 1970s-inspired look. Helsinki bar Jackie, named after the song by Scott Walker, was conceived by designer Joanna Laajisto. Her brief for the assignment was a compilation of 60’s and 70’s Italian lounge music and 70’s French cosmic disco given to her by the owner, Antti Eerikäinen. Laajisto said it was the best creative brief she had ever gotten, and it’s easy to see why.