Freshening Up German Dining At Sekt 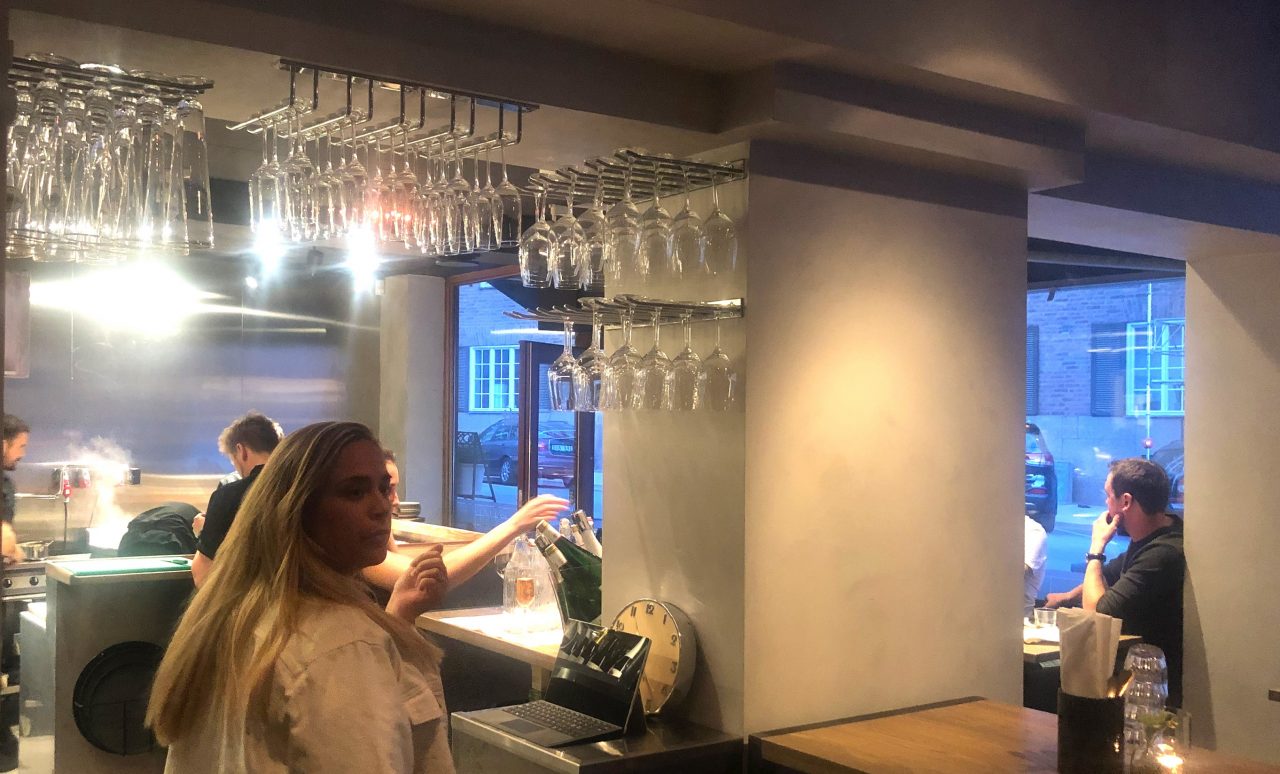 Pelle Johansson has been called Sweden’s oldest TV chef. Not that he is particularly old – he isn’t – but rather because he is one of the country’s first and most prominent TV chefs, with over 200 productions on his resume. Nowadays, that career in TV has been put on ice, and Pelle instead spends his time working at his restaurants Stim and Sekt, the newly-opened venture he shares with chef Patrik Karlsson.

Sekt is German for sparkling wine, and on the menu we find modern south-western German food together with specially-imported German wine, both sparkling and non-sparkling. So what does south-western German food mean? According to Sekt, it’s comfort food like flammkuchen (German pizza), schupfnudel (gnocchi) and maultaschen (small pasta bundles). What you won’t find here is bratwurst, sauerkraut and pretzels. We take our seats on a Friday night in a quite full restaurant. The tables are of the bar table variety, apparently in part so the chefs can walk around and talk to the guests without shoving their behind into the face of other guests. As good a reason as any I guess.

For this evening’s eating, we have decided to place our faith in the chefs, and ask them to compose a tasting menu comprising of more or less everything the restaurant has to offer, and serve it in small dishes at our table. While we wait for the food we begin proceedings with a couple of glasses of Sekt (of course), some Berliner Weisse plus a Spätburgunder Trocken that apparently can’t be had anywhere else, as Sekt has bought the whole harvest. It tastes really good.

Thereafter the delivery of snacks and dishes starts off pretty much immediately. We begin with fried frog legs (75 kronor), served with a parsley aioli that almost makes us feel that we have crossed the culinary border over to France. Around the same time, a mighty and deliciously runny chicken grillette arrives (40 kronor) with grilled bread, mustard and cornichons making us feel a bit more German again. That is followed by a portion of ‘kartoffelpuffer’ (90 kronor) that reminds us of a hash brown, served with sour cream and vendace roe. It’s hard to go wrong with that of course, and everyone in our company is by now wearing a big grin. 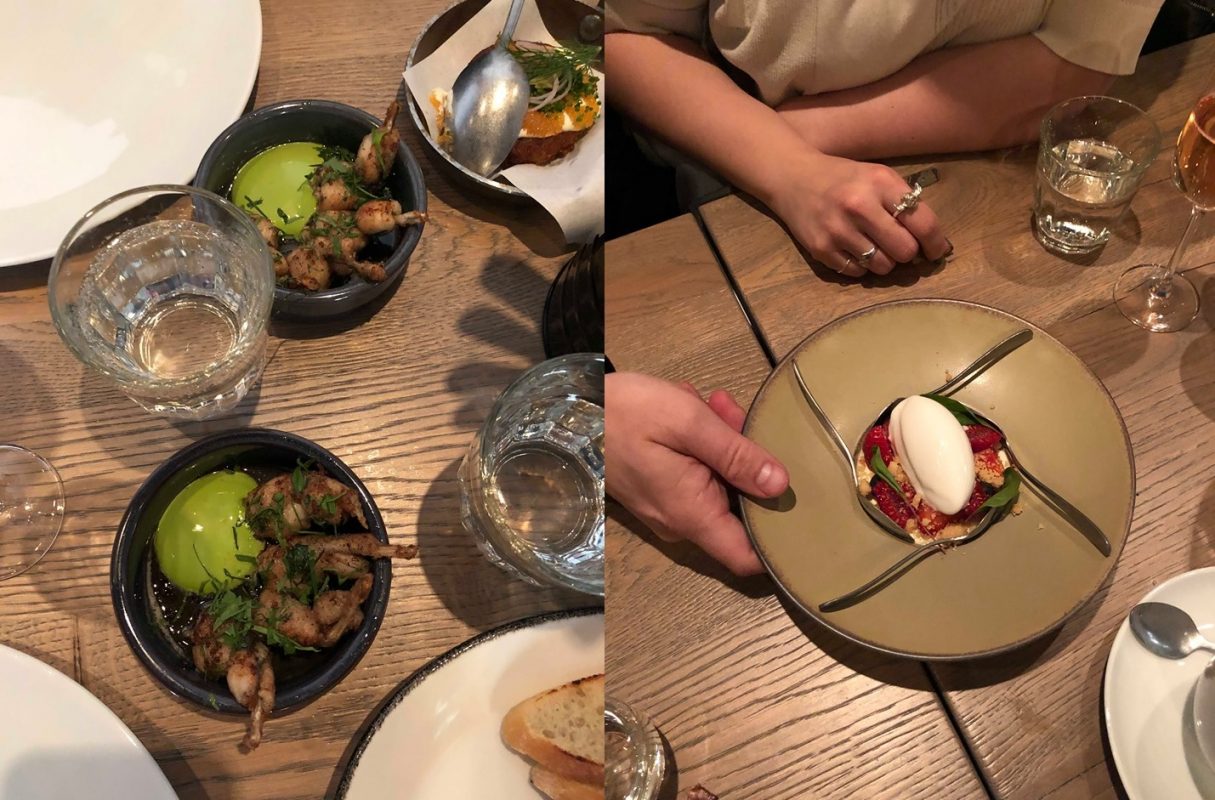 Round two leads off with the aforementioned gnocchi (225 kronor) and pasta bundles (240 kronor). The first is simply embrowned with butter and sage, and is thus a somewhat mighty taste. The latter, filled with mushrooms, are slightly lighter and more fresh in their execution, mainly due to the refreshing mushroom broth.

Our seconds were finished off with German variations of flatbread pizza (145 to 185 kronor) with various toppings. An appropriate ending to the tasting menu, and something worth the trip here alone.

Of the desserts, the Berliner donut (54 kronor) is decent but doesn’t raise any eyebrows, while the sour cream pudding (100 kronor) with fresh berries is perfectly measured, so every bite encourages the next. The same goes for our whole visit to Sekt – we believe it will widen most people’s scope of what German food is and can be.