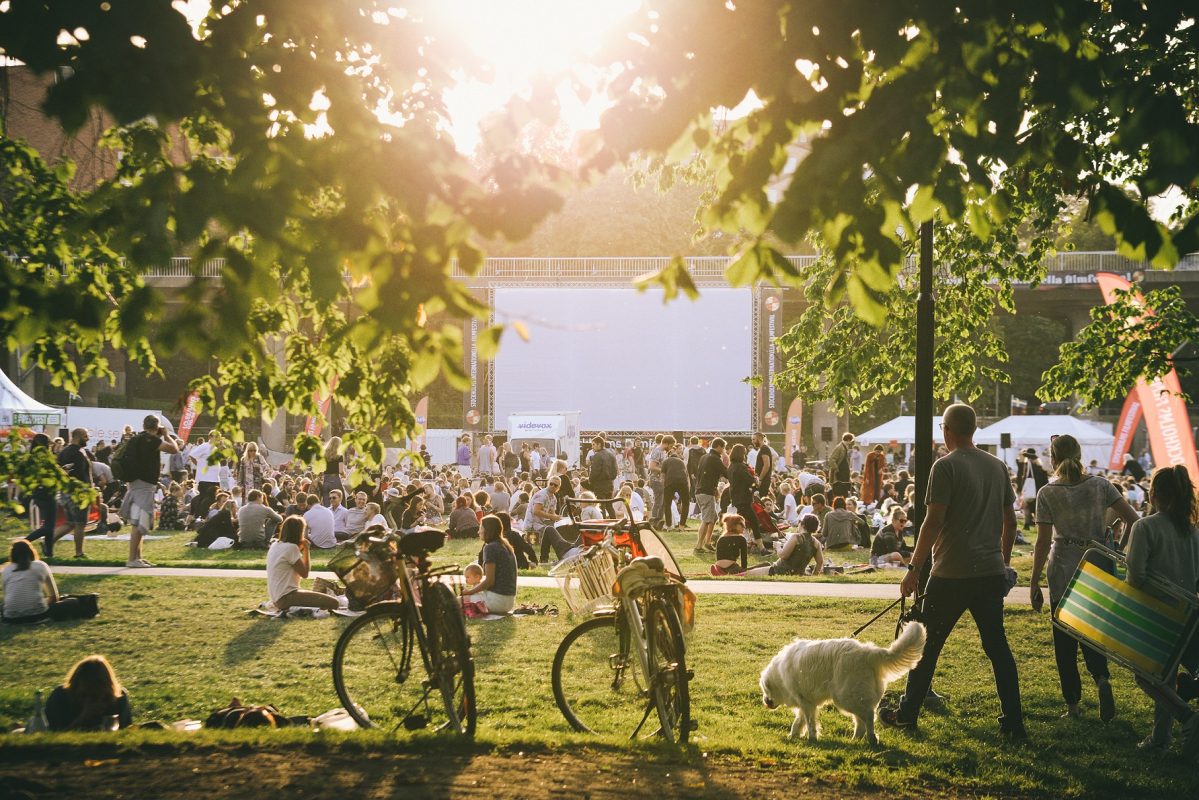 It’s a big year for Stockholm Film Festival, as they’re celebrating their 30th anniversary when the festival returns later this year in November. But before that, they’re warming up with a little dabble of films in August. Rålambshovsparken is home to Sommarbio, their much-loved series of outdoor screenings in the summer sun. We caught up with Stockholm Film Festival programme coordinator Beatrice Karlsson to learn all about this year’s edition.

The festival turns 30 this year, and its theme even plays a role in the Sommarbio programme. Can you tell us a little about the theme, and how the 30th anniversary will be celebrated through Sommarbio?

We think it’s fantastically fun that the festival is celebrating 30 years this year, and we wanted to celebrate in advance this great event a little before the festival in November. Sommarbio is a great opportunity to do this, as a big part of the festival’s audience are regular guests of both the festival and Sommarbio. Through showing some of the films that have been real favourites during the festival’s 30 years, we hope that Sommarbio can both attract the visitors who saw the films when they were shown at the festival, and new visitors who can relive and discover respectively these five gems together with us in Rålambshovsparken

Can you talk us through this year’s line-up of films? Is it important to have a mix in the selections?
Quentin Tarantino has won several Bronshästar (The Bronze Horse, the festival’s prize for best film) over the years, and in 1994 he won it for his cult classic Pulp Fiction. The film is an immortal masterpiece, and with its punchy dialogue delivers one memorable line after another, and is therefore an obvious opening film for Sommarbio 2019. Crouching Tiger, Hidden Dragon was the opening film at the festival in 2000, and the master director Ang Lee was here to introduce the film. It’s a timeless film with unbelievably well-choreographed fighting scenes where the characters float across the screen like a dance. On the third day we’re showing The Darjeeling Limited by Wes Anderson, which deservedly won the Stockholm Visionary Award in 2007. The Darjeeling Limited is a black comedy with a wonderful soundtrack and is a great way to enjoy a late summer evening. Another Bronshäst winner is Debra Granik, who came to the festival to accept the prize for Winter’s Bone in 2010. Winter’s Bone is an epic country noir-drama set in a clearing in the wilderness, and is the film that paved the way for Jennifer Lawrence’s immeasurable success in Hollywood. Call Me By Your Name by Luca Guadagnino has the honour of closing us out on the last evening in Rålis in 2019. The film was shown at Stockholm Film Festival in 2017 and became a big audience favourite. The film plays out in a sunny Italy in the 1980s and depicts a bittersweet romance that breathes summer and sensuality. I can add that for Sommarbio we always strive to choose a little wider range of quality films, as it’s one of our most commercial events. Among the five films we choose we try to strive for a mix of different genres, films from different parts of the world and films by male and female directors, both to elevate different voices while reaching out to more people.

What do you think are the essentials guests should bring with them for a Sommarbio evening?
Definitely a picnic blanket, and for the real experts a folding chair. I would even suggest taking an extra jumper, because as we all know the Swedish late summer evenings can be quite cold.