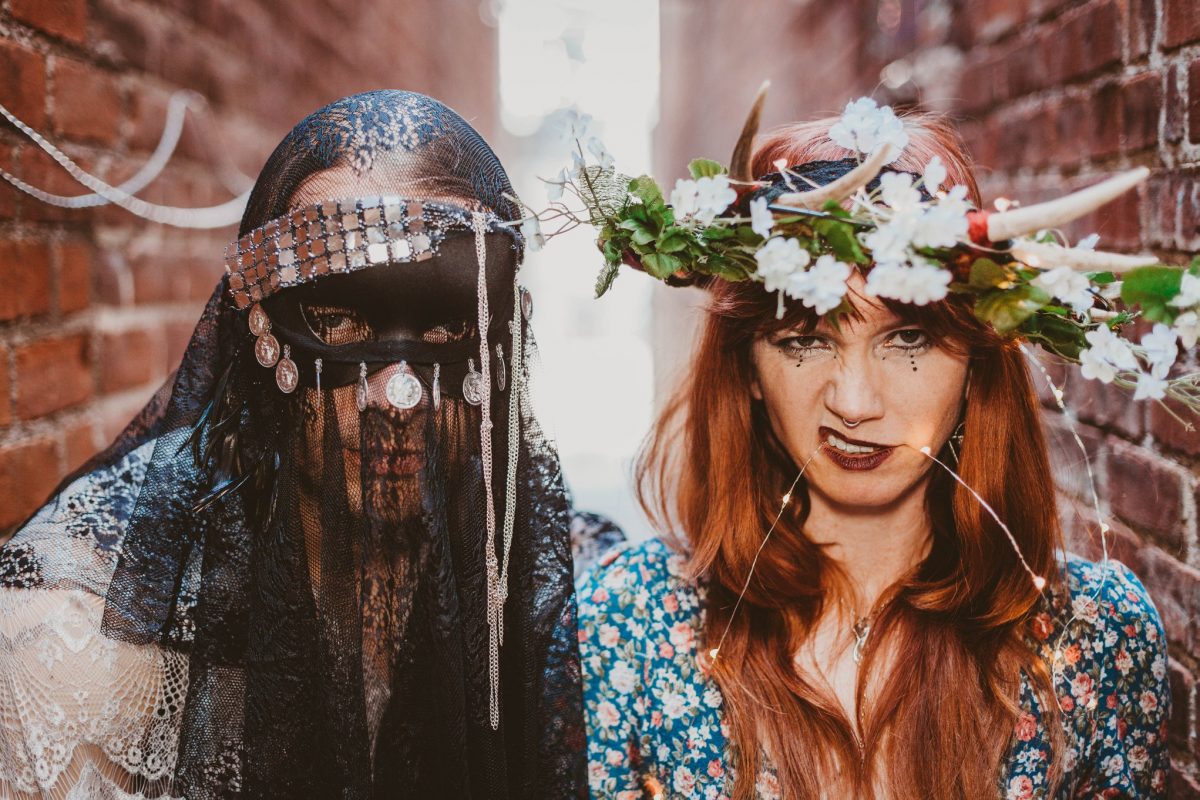 Titwrench Collective started in Denver USA, and their aim is to combat the gender gap that exists on music’s live stages. They do this by organising festivals and events that showcase female and LGBTQ+ artists. In 2014 the collective even came to Stockholm and put an event on at Flykingen by Söder Mälarstrand. And this year they reprise that, with a two-day festival, again at Flykingen, in collaboration with Flykingen, Kulturförvaltningen, and Awesome Without Borders. Both Swedish and American artists will play, and we caught up with the festival’s Isis Graham to learn more.

Ok to start with, who are Titwrench Collective and what do you guys do?

Titwrench Collective was started in Denver, Colorado in 2008 by a group of artists, writers, teachers, DJs, performers, and activists. Titwrench is a collectively operated, artistic platform for underrepresented voices, centring women and LGBTQ+ artists, performers, and musicians. Together we amplify feminist perspectives, experimental and boundary-pushing work that challenges social norms and structures.

Another ex-pat from Colorado and I were working together in Stockholm and realised that we had come from similar underground scenes in Denver and began to imagine bringing the Titwrench community to Sweden. We were longing for the vibrant DIY spirit that we missed from home, and Titwrench was the embodiment of what we missed. For us as expats in Sweden, what I think was far more radical than bringing women and queer voices to the forefront was the sense of fun and magic and grit and community that we were seeking to foster.

So, we had the first Titwrench Stockholm Festival in 2014, have organised a number of satellite events at Kulturhuset and with HICCUP and we are bringing Titwrench back as a two-day festival this June at Fylkingen.

You first held a festival here in 2014, tell us about that. Did it make you want to return?

Bringing Titwrench here in 2014 was a deeply meaningful experience for us as organisers in Sweden and for the artists and organisers that travelled here, and we all felt such gratitude for what we were able to create together. I hadn’t planned on holding Titwrench in Stockholm again, the collective is active in Colorado and we have sister festivals that keep our American cohorts engaged. But, when I returned to Denver in 2016 for Titwrench 8 I was floored by the talent represented there and I there was no way I was going to miss the chance to share their talent here in Sweden, so I began planning this festival.

One of Titwrench’s aims to combat the gender gap on music festival lineups. How does running these festivals help to do that?

The goal of Titwrench Festival is to encourage people from different communities to open a dialogue about social privileges and art. It is not only about gender, it’s about race, it’s about class, its about sexuality, and most importantly its about fostering the courage for people with alternative perspectives to take space. When engaged audiences, musicians, and producers create the platforms for that represent our values, we redirect the larger conversation.

Talk us through the line-up for your show at Flykingen this year. What are you looking for in the artists you’ve booked?

The lineup this year is a representation of some of the most badass radical artists and musicians from Stockholm and abroad who are changing the conversation around music their communities and I feel honoured to bring them to the stage at Fylkingen. Expect to get a taste of every genre from experimental to hip-hop to psychedelic to noise. The festival playlist is basically my dream mixtape but nothing tops the experience of seeing these acts live in a context like Titwrench (Festival Mixtape: https://titwrenchcollective.bandcamp.com/ )

From a cultural perspective, we are featuring an array of performers from across the south-western United States, bringing urban perspectives from the cities of Denver, Colorado and Albuquerque, New Mexico which include Chicana, African-American, Diné, Anglo, Mestiza perspectives and more. When approaching musicians based in Sweden to play at the festival, I wanted for there to be the same diversity of genres, styles, and cultures represented as from the United States, which I think will shines through in our programming.

Finally, any last thing you’d like to say to potential guests?