Diskopunk To Make Debaser Their “Motherland” This Weekend 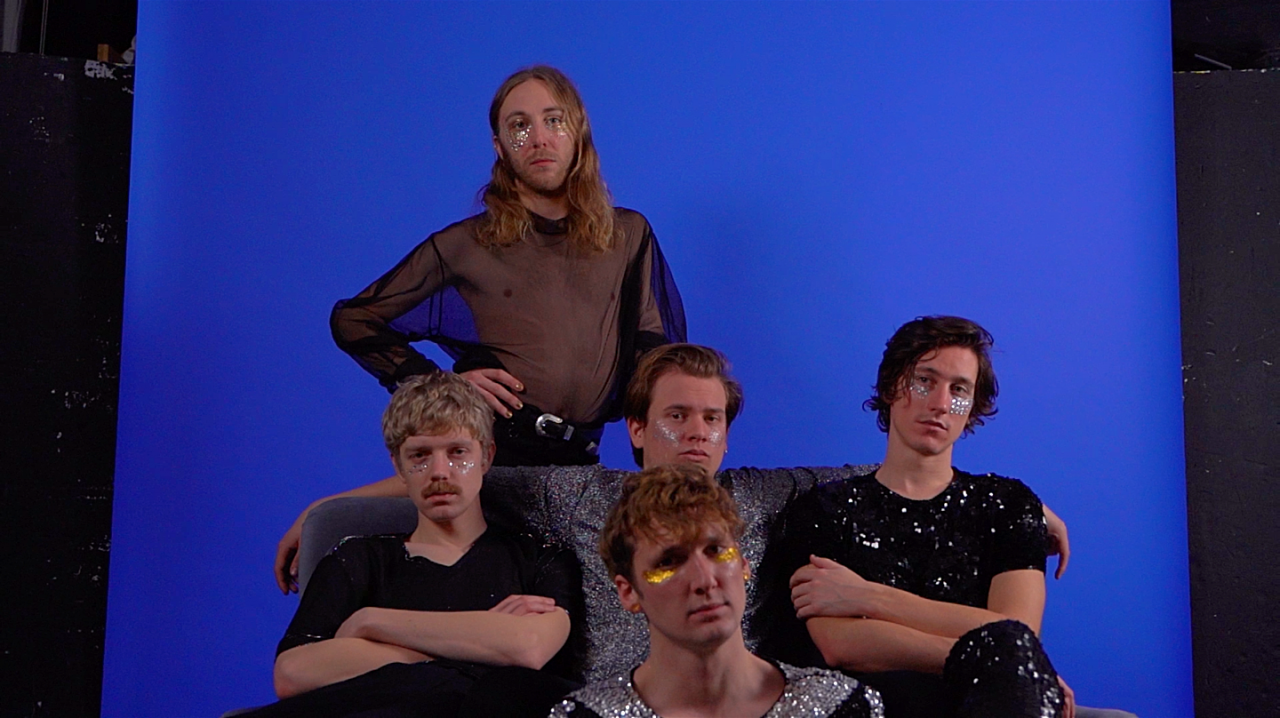 Stockholm five-piece Diskopunk have been bubbling up over the past couple of years, since their debut with the single Antonio America all the way back in 2016. Their high-octane collision of pop, glam, punk and funk has made an impression on everyone who’s come across them, and they finally released their self-titled debut EP this year. Since then, they’ve kept the pedal to the floor, dropping another single, Healthy, at the end of April, and with another, Motherland, out on Friday. Coinciding with that single’s release, they’re also playing Debaser Strand, with support from Knash. We caught up with them for a few questions before that show.

Ok, so to start off, tell us about the new, debut EP. How long has this record been coming together? The EP is some of our more pop oriented material.

We took the chance to work together with [producers] Axel Algmark and Simon Nordberg on it, and came up with a polished but gritty result which was cool. We started recording in early 2018 and had it done sometime during the summer. They’re pretty old songs for us, so nice to finally get them out.

The EP’s sound switches between soaring indie-rock, funk disco and dance-pop. Were you aiming to showcase a range of different sounds Diskopunk are capable of on that record?
Not specifically, many of our songs require a very set sound to work for us. These songs however, were more about the core so we felt pretty free to go places and show our range in a way. We do have a pretty wide range but it’s not a goal in itself to show it.

The EP only came out this year, but you’ve already gone straight back to work, with the track Healthy out at the end of April and a new single Motherland out next week. Are you trying to keep things moving fast at the moment?
Yes. We’re not used to working with external mixing and production, like on the EP, and our new material was a bit different so we were just really eager to record and do all the production ourselves again, and showcase what our recent material sounds like.

Tell us about Motherland.
It’s a contemporary two-part rocket. Tongue-in-cheek absolute panic. The most rock-sounding material we’ve ever done, but still extremely dancable. It’s really direct and in your face, but still has some strange cosy niceness on it.

What are some of the influences playing into the new singles?
For Healthy, classic disco in a sense but with way more guilty-pleasure chords and indie grit. Authentic groove was the most important thing for Healthy. For Motherland, I guess head-bopping electronic music, but dressed in a punk band suit, with some almost-cinematic indie vibes. A very fun mix.

What can we expect from the Debaser show?
Deadly groove, shenanigans, dance destruction, in-your-face percussion, larger-than-life stage presence and HITS.

Finally, what’s coming up for the rest of 2019?
More music and more live. More of everything please.

Diskopunk, Debaser Strand, May 24. Motherland is out on May 24 on Sony.