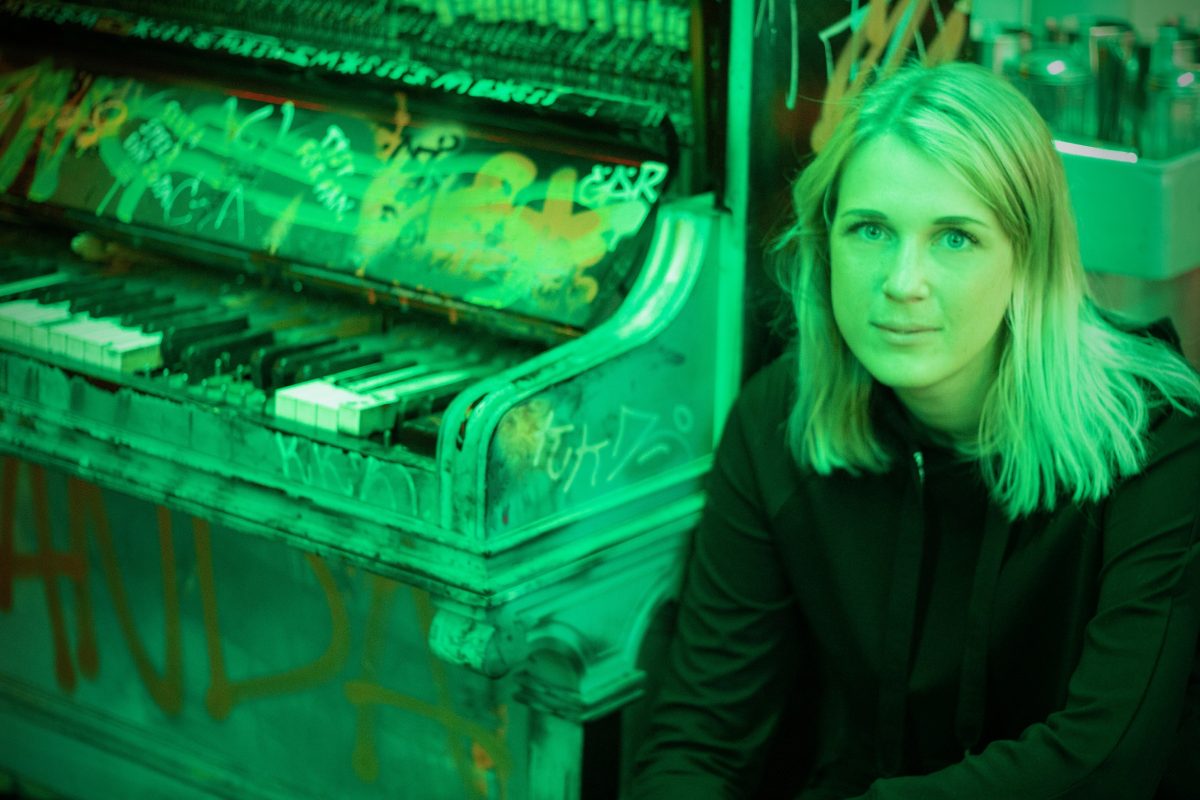 It’s been just about two years since Marie Laveau was shuttered and replace by T8NG, and since then T8NG has run pretty happily as the T8NG restaurant, dive bar/ fast food joint Little T8NG and the nightclub in the basement. However, that nightclub has only been a sliver of the size of ML, with the big room closed off. Until now. The Marie Laveau room has reborn as they open it up to launch their new nightclub concept Big Little T8NG, kicking off this weekend with a packed bill on Friday and Saturday, including Genius of Time, Hannah Prescott, Beniwasta, Réa Réa, Anna Korsgren and more. We caught up with Réa Réa, aka Andréa Malmquist, who’s also nightclub manager and booker at Big Little T8NG.

T8NG has been around for a while, was it always the plan to expand to the club back to the original Marie Laveau size?

No, it wasn’t really. But I think a lot of people have missed the old Marie Laveau, and I think we need a club like this in the city, as a lot of clubs are closing down right now, so it’s nice to have a new place in the centre.

There aren’t many real city centre clubs anymore, on Söder at least? Apart from maybe Morfar Ginko, which is a little small.
Yeah, that’s a little small, and Under Bron is a little off from the centre. Debaser has been threatened, and Kägelbanan has closed. I think this is something needed in the city centre, to have something vibrant.

When the new room is open, what will the layout of the club be?
There’ll be Jiubar, the cocktail bar, where we’ll only have vinyl and live performances, and nice Asian fusion drinks. Little T8NG will still be the dive bar, with noodles and so on. And then you can go downstairs and come to the big club. There will be an entry fee most nights, but not until 00:00, so it’ll be free between 22:00 and 00:00. Down there, we’ll have a lot of projectors, smoke machines, nice lighting, but it will be pretty minimalistic.

I’ve been told that a lot of new stuff is coming when the club opens properly – more focus on live acts, and more focus on new acts, both in terms of DJs and live music. So can you tell us what exactly you’re planning with the bookings?
Right now, we’re starting with a lot of bigger house bookings. We’re trying to get into more live performances, but I think it will take a while to get that going, so we’ll start with DJs book more live acts as we go on. We will have a few this fall, but I think in spring and summer it will pick up more. We like to book both bigger international names, as well as local, up-and-coming acts. We want to be pretty broad when it comes to the bookings we do. But it will be a lot of house with the DJs, and then more up-and-coming, local acts when it comes to the live artists. We’ll also try to have a focus on open decks and open mics, so new artists can come here and try things out.

You’ve also mentioned you want to make this a place for creators, as well as for musical stuff. So what does that mean in practise?
We’re already working with a few artists on the visuals, with things like motion design, as we will have a lot of visuals in the club. I already know what one club wants to do a 3-D party, so we’ll see about that. But a lot of focus on the visual design, and we will have a few art exhibitions. But we won’t keep any expensive art in the club, as that might be a problem [laughs]. So that’s how we’ll start, and we’ll see where it goes. We’re also open to any new crazy ideas. We’ve been talking with a collective that wants to do a sort of furniture exhibition, to redo the whole club for just a weekend. So I think things like that will also be there. Just creating different experiences in the club.

You yourself came to Stockholm a few years ago, and before that you’d been living abroad, in Chicago and other places. Are there any things you saw in the music and clubbing scenes abroad that you want to bring back, and put into practise here now that you’ve been given charge of this space?
Yeah, that’s actually interesting. There’s an organiser in Chicago that works with artists to make virtual reality sceneries, and that would be really cool, and I’ve never seen something like that in Stockholm. What they did was that they had an artist that paints in VR, and then they map it onto the projector. It’s things like that that can create a different experience for the people that come here. Also, we want to work a lot with the queer and gay scene here in Stockholm. That’s something I was also inspired by in Chicago, they’re really good at enhancing all different kinds of DJs from different backgrounds. So I want to look at making every Saturday a queer or gay club, but that’s more a long-term goal for now.