Another Kind Of Identity: Tales From The Third Culture Kids 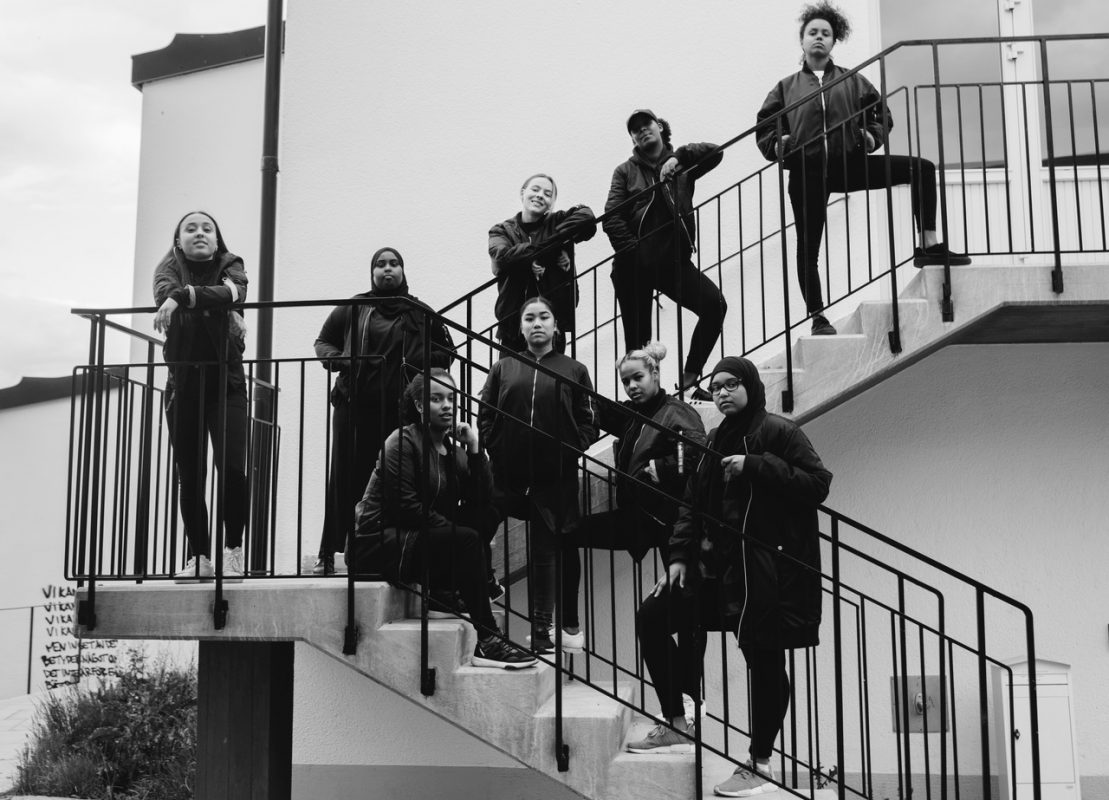 If you’ve seen the phrase ‘Third Culture Kid’ pop up a lot recently, Babak Azarmi probably has a lot to do with it. Initially used by researchers John and Ruth Useem to describe the children of Americans working abroad, it can be summarised as ‘children raised in a culture other than their parents’’, or as Useem put it, “children who accompany their parents into another society”. A famous example is Barack Obama, who spent four years of his childhood in Indonesia. Azarmi, the main force behind recently departed cultural collective Respect My Hustle (label to Silvana Imam and Erik Lundin) and its new incarnation Trans94, came across the term and saw in it his own experiences and those of his associates, growing up in Sweden as the children of international parents. This revelation has now expanded into a book released under the collective name Ra Hidaya Modi, which compiles stories and photos from Third Culture Kids, and features Imam, Lundin, musicians Cherrie and Mapei, filmmaker Rojda Sekersöz and many more. The book, Third Culture Kids, features contributions from over 40 people, and we caught up with Azarmi, intimately involved in the project, to find out more.

So where did the idea for the book come from, how did this project start? What was the process of putting this book together?

The book is basically a manual. We are at ground zero with the build-up for our plans with where we want to be, with the TCK scholarship [to come] in a couple of years. I would say this is our grassroots building campaign. I like starting from the ground up, it gives you an open space to just create freely within an area and the book is a basic guide for the people to understand a third culture kid.

We actually started to experiment with the Third Culture Kid phrase last year, curating a fashion show during London Fashion Week and then designing an armband with Third Culture Kids printed on them, which we gave away for free. The armband became the perfect intro to start a conversation about TCK. I went to clubs, events, and so on, all over Scandinavia with my backpack full. I could approach anyone that to me seemed like a TCK and I would give her or him an armband and then start a conversation. I think we have given away something like 4000 armbands to date. So the book was a natural step in the process. We had 1.5 months to finalise the book, because we wanted it to be released before winter time.

As we had expanded on the phrase ‘Third Culture Kids’ in Sweden, we had a good idea of what we wanted the book to declare and who should have a part in the starting process. A working party was put together with 20 young TCKs so we could expand our range in our search for content. So the first 25 days were all about making connections and creating value. To create a book that is based on 45 different identities should have been hard to make but everyone who provided us with texts, histories, photos and poems have been super genuine and understanding about the process.

How did you first come across the term ‘Third Culture Kids’, and did you immediately feel, when you discovered it, that it could apply to you and others of your background?

It was during one of my staying-up-all-night-and-googling-random-shit sessions, and I swear as soon as I saw the words ‘third culture kids’ put together, I jumped out of my chair. I felt strong as fuck and immediately I could understand the experiment and process that I´ve been putting myself through for all these years. Like it all came down to that particular moment. It´s a strong and pivotal moment in my life.

Third Culture Kids is used in this context as a term for children “brought up in a society that from the beginning was not theirs”: Do you see creating that collective identity, of the Third Culture Kids, as a way of creating a certain power and security for that group? A way of, as you put it, “explaining who you are”?

Yes, and a space for you to recognise your own identity and build a culture that you feel empowered by. I think what we can do now as the foundation is being set up, is to provide content that is thought-provoking and makes the people who identify themselves with TCK think of their needs and wants in a new way. Something that garners an emotional reaction. Something that is easy and fun. I think we can do that through providing good stories that make TCKs think of themselves as heroes.

When a group of people have a collective identity, a lot of that identity is built through documentation, shared stories, shared institutions, things like that. Do you think this book serves something like that purpose for Third Culture Kids?

I think that it´s definitely a start. This book will probably create new questions, quests and purposes by the simple fact that we have 160 pages shared in one piece. It´s almost similar to what ‘förort’ [Swedish term for suburb] is for us that was raised there. But at the same time it has to keep transforming and we have to include class, religion, ethnicity, sexuality, gender. That´s really what TCK means to me.

Another idea that comes up in this book is that TCKS are not caught between two cultures, they’re free there. Do you think that TCKs can be more culturally and creatively free, because they’re not trapped in the boundaries of one particular culture?

Being a TCK is exhausting, confusing and challenging. It will wear you down on so many levels. I can only talk from my experiences, and my upbringing was hell until I found out about ‘TCK last year. Nobody ever told me that I could embrace my position of being trapped between two cultures and create my own one. It was either Persian or Suedi [slang term for Swedish]. It´s a process to get to that point where you can feel that freedom, and that´s where we want to step in at an early stage and hopefully guide our fellow TCKs.

Finally, what kind of impact would like you the book to have, both inside the Third Culture Kids community and outside it?


A ground-shaking impact! We want the kids that are trapped ‘in-between’ to appreciate their position and their identity as a TCK, and to take full advantage of it. Only then we can break existing boundaries, rules and definitions. As we are the new norm, if you want to put a label on it. And it´s forever evolving.

Third Culture Kids is out now on Ordfront Förlag