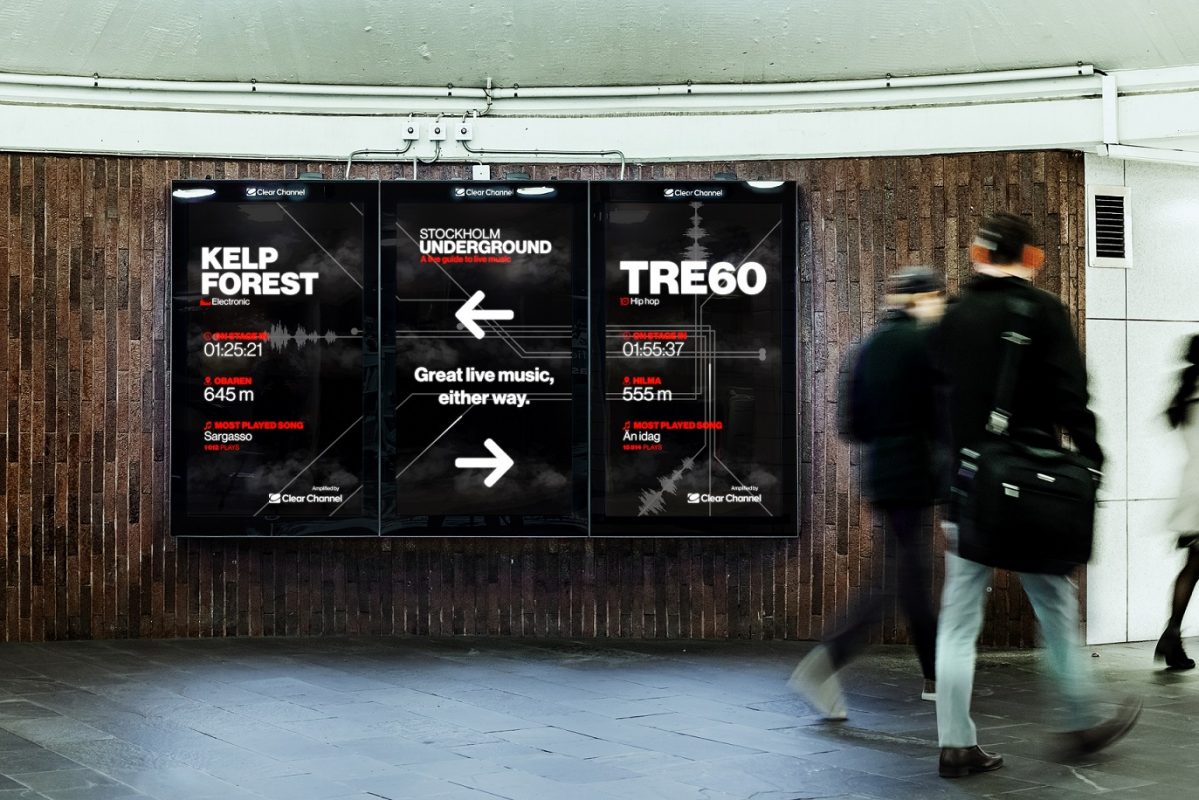 Travellers on the Stockholm underground are set to be some of the best-informed about their local music scene of any European city, as a new initiative rolls out around the city’s advertising screens. Clear Channel Sweden, the company that runs the advertising screens on the T-bana system, is now giving over 300 of those screens to promoting concerts taking place in the vicinity of the station, in a campaign dubbed ‘Stockholm Underground’.

The campaign, rolled out in late October, comes amid the recent closures of small and medium-sized venues around the city. The gigs highlighted will be drawn from a database of shows around the city, pulled from gigs websites and other outlets, as well as being open for artists to add their own shows to. When commuters encounter the screens, they’ll be informed of the name of the artist playing that evening, the distance to the venue as well as the artist’s most popular song.

Joppe Pihlgren, of the Swedish concert promoter trade organisation Svensk Live says: “It is great to see Stockholm’s underground music scene get this kind of visibility in the streetscape. This initiative comes at a time when we now have fewer venues for live music in Stockholm than ever before, which is a huge shame for the music scene. The simplest way to support the local music economy, the artists, and the promoters, is to go and see a live show, so we hope this campaign will help support this”.

More info about the campaign, as well as the sign-up for bands to add their own shows, can be found via stockholmunderground.se