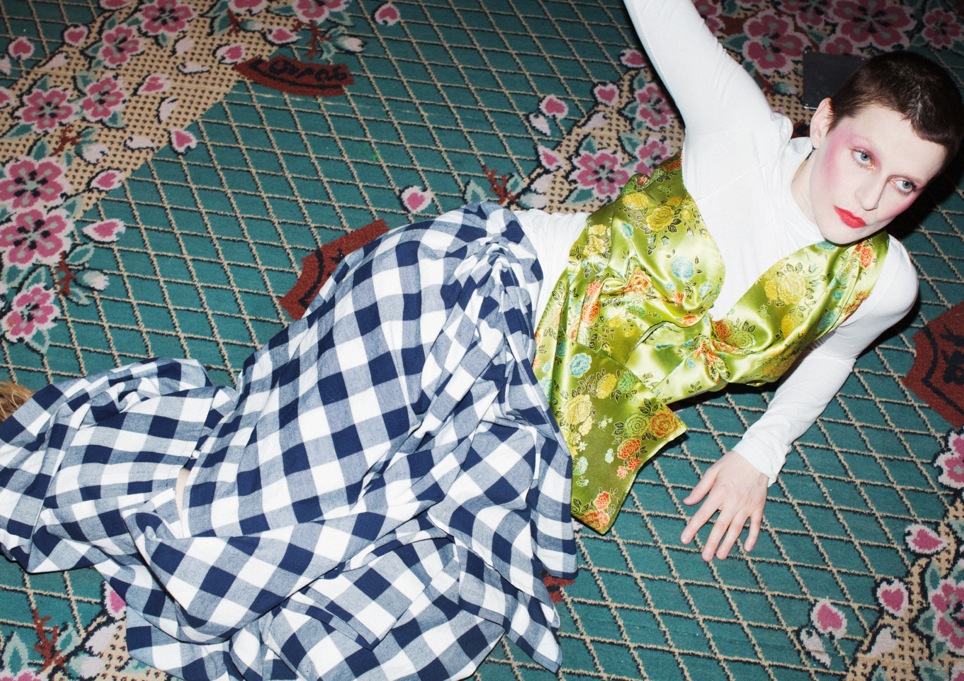 Ah museums, what can’t they do? They’ve already proven themselves to be places of learning, valuable storage spots for our cultural heritage, and much more. Now we can add ‘source of musical inspiration’ to the list of reasons to pay a visit. Because it was on a visit to a museum that Sarah Assbring, better known as El Perro Del Mar, got the creative boost that inspired her brand new album, KoKoro. As she looked to start work on the new record, she found herself struggling to figure out where she wanted to go musically: “Initially, when I go to start a record, I always go back and collect my thoughts and my think about what instrumental theme and soundscape I’m looking for this time. I have my antennae out and I listen to a lot of music of course. I couldn’t feel any connection to the music around me, even music that I like. I couldn’t draw inspiration from anything in contemporary pop music. I felt like this wasn’t a game I was supposed to be getting into, it wasn’t anything that got me excited or inspired”. A trip to the museum with her young son provided the spark for KoKoro: “It started with me going to a musical instrument museum [the former Musik och teatermuseet on Sibyllegatan in Stockholm. Opening again as Scenkonstmuseet in 2017] with my son, because I knew there was a room there where you could try out different instruments. I recorded those, and I felt like it was something I wanted to work with. I knew I wanted to do something that was very rhythmic, that was dancey but not in a Western way”.

Since her folk-indie beginnings on her debut album proper El Perro Del Mar, Assbring has established herself as a shapeshifting presence in the Swedish music cosmos, moving easily between styles and sounds. Her last album, the P3 Guld-winning Pale Fire, was an exploration of dark synthpop sounds. However, that was back in 2012, meaning that it’s been four years since she’s released a record. After a significant gap like that (the longest period between album releases of her career), Assbring is excited to be back: “It feels really really good. The reasons why it’s taken so long for me to return are very natural. I had my son, I was actually pregnant during the release of Pale Fire. So I let myself have some time to get into parenthood, to spend time with my son. I also wanted to have some time to make this album too. But now I’m so glad that it’s done, and the next album is not even going to take half the time that it’s taken to release this one. I feel like I have a whole new perspective and new energy to make music. Having my son has given me a whole new perspective.”

KoKoro marks another stylistic step forward for El Perro Del Mar, a kinetic dance record full of flexible, natural rhythms and melodies, inspired by an immersion into “Japanese, Chinese, Thai and Indian pop music” prompted by her trip to Musik och teatermuseet: “I just found stuff, and fell in love with Sumatran music and Gamelan music, and that’s what got me going and I started researching and listening to a lot of this music. And I started playing all these instruments, for example the Guzheng from China. And the challenge then was to combine my way of writing pop songs with these Japanese and Chinese melodies. So I started to adjust my way of singing too. So it was like it usually is when I start work on an album, you have the core of an idea and one thing leads to another, and then all of a sudden you’ve got it all mapped out, and you know exactly where you’re going to go and you know exactly where you’re aiming. But the initial idea came from me being bored with what I heard around me, and wanting to explore different parts of the world instead of what’s closest. I had time at the museum to record just before they closed [for renovations], they let me come and record and sample some stuff”. Having some new musical toys to play with brought fresh enthusiasm to the recording sessions: “I can never really understand musicians that write on only one instrument. That would never give me any ideas. I have to start with something new and exciting. Even though I can’t play the new instrument perfectly, you always find a way to do something with it that gets you started and gives you new ideas […] With this album I was looking for a much more organic and woody sound. I wanted it to be more uplifting. The landscape that KoKoro is in is wholly different from that of Pale Fire, just in terms of the mentality I had on KoKoro and on Pale Fire. But they’re all linked together, all my albums are completely linked. I just use different tools to express what I’m thinking”.

In addition to the new sound of KoKoro, Assbring wanted to explore emotional territory and feelings in a rawer way than she had before: “[I] think I wanted to express the way that I feel in this world in a universal kind of way. The pressures that I feel are put on people and put on me in today’s society. It’s been a way for me to look into myself in a more universal way, asking myself more than just personal questions, more than I have on work I’ve done previously”. Parenthood was a major factor in this approach: “it was a necessary way to talk on this album, after having a child. I couldn’t really escape anymore from what was around me. And also the responsibility of having a child, means that you have a responsibility to humanity as well. That’s how I felt. I wanted to ask questions about how we really feel and how we’re doing today, and those questions became extremely clear when I was spending time with my son. I couldn’t not write about the way I felt. It felt very urgent and necessary”. ‘KoKoro’ is, after all, the Japanese word for ‘heart’ (the feeling, not the organ).

The album was written with Jacob Haage, the first time Assbring has collaborated on writing to such an extent: “Usually I write the whole song on my own and then maybe take it in and work with a producer afterwards. Jacob was also involved on Pale Fire, coming in at a very late stage of the album process. This time I wanted to work closer with him at an early stage. Since we were exploring so much, we kind of wanted to break down the barriers, and the limits that we have as musicians. Limits can be good things, but this time I wanted to be free of them. Also, the way we were visualising the songs, with the instruments and influences that we had, we were free to explore how to write a pop song, because I was very determined that I wanted to write pop songs. But with these influences we were kind of free of limits, and it was just pure fun. We had so much fun writing this album […] I always start out myself. It could be that I start out with the core of the song, which is usually the chorus of the song, just lyric-wise and melody-wise, or it could be sample-based. It could be anything essentially. So I wrote fragments and we then worked together and moved them on. Which is kind of the first time that I’ve done that”.

KoKoro also marks the start of another new chapter for El Perro Del Mar, as it’s her first album to be released on her own label, Ging Ging Recordings. ‘Ging Ging’ is also the title of a song on KoKoro, and the moniker is another product of her son’s influence on the record (he should probably get a writing credit). Ging Ging “is actually one of the first syllables my child expressed when he started talking and producing sounds. He started making that sound, ‘ging ging, ging ging’. So then I started calling him Ging Ging, and it was the perfect name for my label”. Having her own label and control over her release “is great, I can’t understand why I hadn’t done it before. Ging Ging Recordings is the label that I use for Europe and Scandinavia now, and I’ve have other labels for other territories. On my previous albums I’ve used smaller labels in Sweden, in the same way I use my own label now. I’ve come to the point really where I’ve understood I’ve always going to remain an indie artist, and for me it’s much better to keep the control. I’ve always had a lot of control, but I have more now. It’s a lot of work, a lot of administrative work, a lot of juggling contacts together here and there, but I enjoy that and I like that part. I also feel like the older I get the more I want to do different stuff. I want to be a broader musician and be able to write and release all the ideas that I have. And now I have this perfect tool to get all the stuff I want to out and have control over it. I’m super excited about doing this now”.

KoKoro is out on September 16, and Assbring plans to tour extensively following its release, so it seems likely we’ll get the chance to hear it live in Stockholm very soon. And who knows, turn up on the right day and you may even catch her looking for inspiration at Scenkonstmuseet. If it reopens in time that is.

KoKoro is out on September 16 on Ging Ging Recordings/ Republic Of Music.