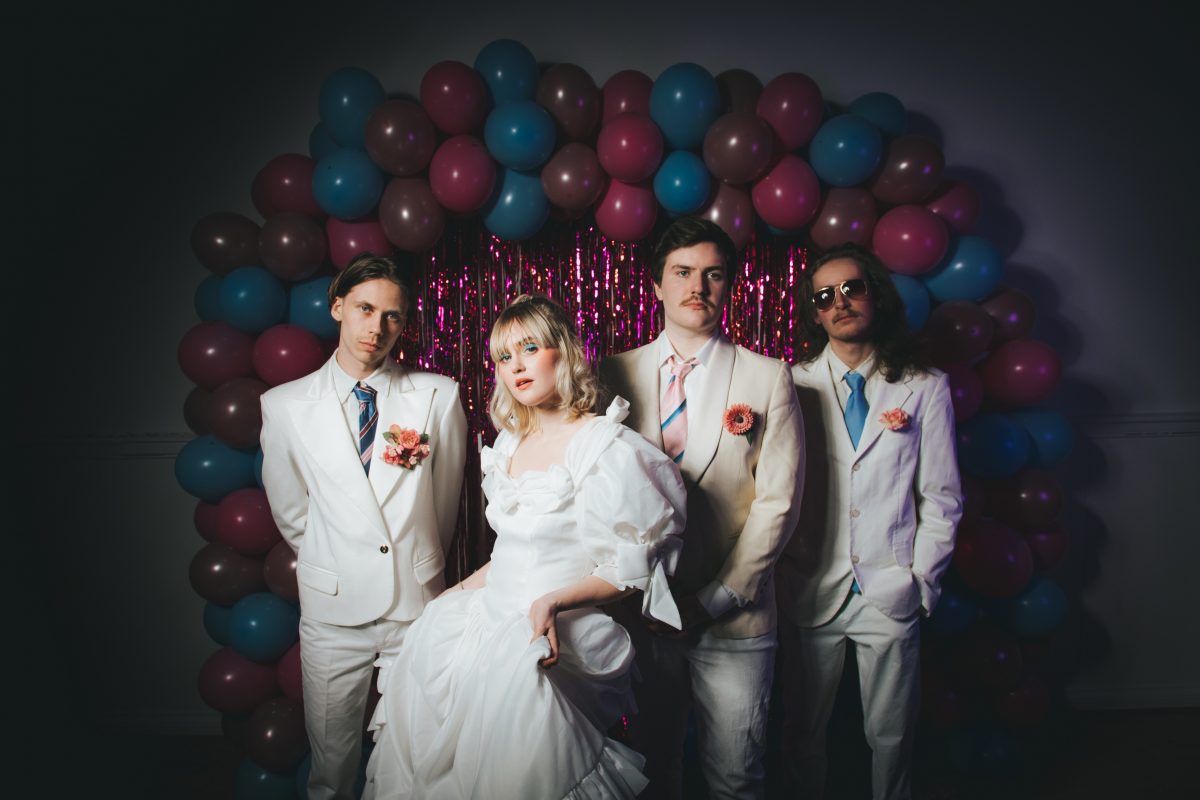 Last year there was a new entry on the Stockholm summer festival scene, as Fool’s Gold, an indie festival organised by Rama Lama Records’ Axel Franzén and Sixten Engqvist, had its debut in Tanto in August. Now it’s returning for its second edition this year, back at Tanto with a line-up that includes Beverly Kills, KNASH, and Paulina Palmgren. We had a chat with Franzén and Engqvist about this year’s plans.

This is the second edition of Fool’s Gold, what have you learned from putting on the festival last year?
A lot, even though we have arranged a lot of gigs in different cities, venues, styles and with a lot of different people in the past, the first edition of Fools Gold was by far the largest and most complicated thing we had done yet. The most important thing we learned is that you need to plan it way earlier than we were able to do last year. With this many people involved, it will always take more time than you expect and certain things will for sure go down the drain so you need to be flexible and have a backup plan ready. We also learned a lot of small things like how to administrate everything more smoothly, where to best place stuff on the festival site and so on.

What’s new about this year’s edition?
This year we try to do everything a bit bigger and better. We will have a food-truck that will serve the bands and the audience (and, thank god, we won’t have to personally roll falafel wraps for all the band members as we did last year), better tents and more portable toilets. We will also have more live music at the Debaser after-party, whereas we only had DJs last year. But the most exciting change for us is something the audience won’t notice and that is that we’re able to pay the acts playing the festival a lot more than last year, something we hope will help Fool’s Gold and the whole indie scene continue to grow and let bands and artists continue to develop.

Talk us through your line-up this year? What drew you to the artists you booked?
We don’t really book the bands ourselves in that traditional meaning. Participating labels suggest acts which we then build a line-up from. As stated before, we were on a very tight budget and time schedule last year and the line-up was good music-wise but very unequal, something we felt ashamed about and thought did not represent the indie scene today. Due to that, our main focus this year has been to build an ‘equal line-up’. Honestly, it hasn’t really been that hard with more time and suggestions, as there is so much great music created by different people within these labels. We’re really proud of the line-up and think it shows a great musical diversity within the indie genre, we’re sure that people will discover new acts that they’ll absolutely love, even if they just come for 1-2 acts or out of curiosity.

How important are platforms like this for small labels?
Of course we’re going to say that it’s important. But we really think it is, and the labels participating seem to think so as well, judging by the response we’ve gotten and the interest from more labels to join. It’s important both ‘internally’ and ‘externally’, with the first meaning that nerds running labels actually get to meet each other, which we hope will be important for future collaborations etc.. But also for the labels and artists to have the possibility to emerge from the 18+ basement venues and meet a new audience, as well as for the already established audience that have the possibility to have the best day in the park of the year. We have big ambitions for Fools Gold and plan for it to grow as a platform, outside of just the festival and market which we hope will have an even bigger impact for the small labels, but that’s to be continued…