Crazy About Gaming? Check Out These Five Spots In Stockholm 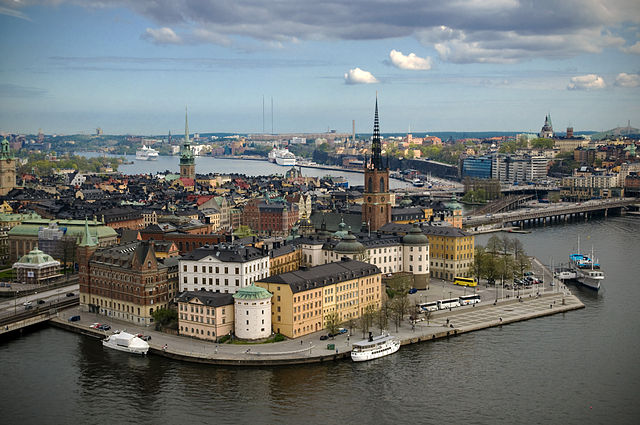 Stockholm has a lot to offer in terms of gaming entertainment. Traditional arcade games and slots are mixed with new VR-technology and E-sport centers. We have listed five spots you can’t miss if you want to indulge in the city’s vibrant and diverse gaming-scene.

If you’re a 70’s, 80’s or 90’s kid and feel up for a nostalgic day trip in the world of gaming, Stockholm Spelmuseum is the place to go. This charming museum will take you on a ride through the gaming-history. Of course, you’ll encounter both the legendary Atari console and Pac Man, as well as newer versions of PlayStation and Xbox.

Price: 60 SEK (free entrance for children up to 6 years)

HEY STHLM opened in 2015 and has positioned itself as “Stockholm’s only real amusement arcade”. The venue has truly captured the feeling of a traditional Japanese amusement arcade and offers a range of classical games such as Dance Dance Revolution and Initial D Racing. In addition to the arcade games, HEY STLM also offers billiards, flipper games and, obviously, plenty of beer!

A list of gaming entertainment in Stockholm is never complete without mentioning Casino Cosmopol. Located in the heart of the city, just a stone’s throw from Stockholm Central Station, Casino Cosmopol Stockholm is the largest of Sweden’s four land based casinos. Even though games such as slots, roulette and blackjack today can be played at online casinos, being surrounded with other players and dealers, whilst sipping on a gin and tonic, certainly creates a unique atmosphere. Remember to bring ID as controls are strict. Minimum age is 20 years.

If you want to embrace the latest gaming-trend, a visit to Mission IX is a must! Mission IX opened in the beginning of October 2017 as Sweden’s first public Virtual Reality-center. The center uses Ocolus Rift, HTC Vive and PlayStation VR and visitors can choose from three different experiences: “Action Collection”, “Family & Adventure” and “Horror Time”.

Did you know that the world’s largest gaming center can be found in Stockholm? Inferno Online opened in Norrköping in 1999 and expanded the business to Stockholm four years later. Today, the company can host more than 520 players in their two venues in Södermalm and Odenplan. Here you can play more than 130 different PC games such as Call of Duty, Minecraft, Battlefield.

You can also challenge your friends in the Xbox Arena, where you can choose from ten different Xbox One-games, including FIFA, NHL, Forza Motorsport and Tekken. If you prefer to be a spectator rather than play yourself, Inferno Online regularly hosts international e-sport tournaments such as Pantamera CS:GO Challenge and ESL Nordic Nationals.