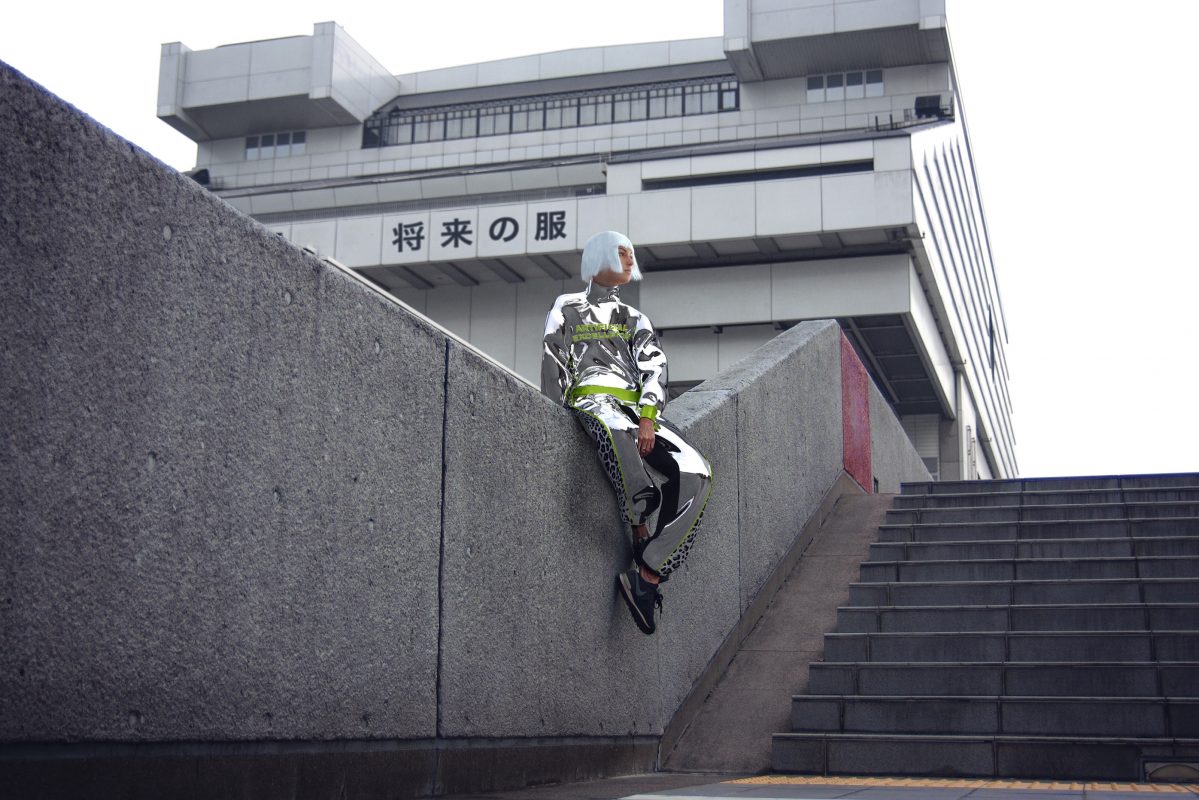 In case you’ve missed the phenomenon bubbling up around the edges of your social media world over the past year or so, digital influencers (or “artificial influencers”), who do essentially what influencers do despite y’know, being CGI projects and not actually physically real people, are big business these days. Probably the most famous one, Lil Miquela, has over 1.5 million Instagram followers and is used in multiple fashion campaigns.

Carlings’ new campaign takes that presence of the digital in the fashion world to its logical conclusion, by targeting people who buy clothes as much for their social media value as for actually wearing them. They’ve teamed up with another artificial influencer, Perl, for a collection that doesn’t actually exist. Or exists in the digital world (existence here depends on your own personal definition of that). The Neo-EX collections of 19 items that you can only buy digitally. There are four steps here:

So yeah, you don’t actually physically get the clothes, but you do get a picture of you wearing them. As you can probably gather from this, the Neo-Ex collection is targeted towards those social media fashionistas who want to update their Instagram with new outfits constantly without wanting the environmental and storage problems that come with a constant stream of new clothing. And if the idea of handing over money for a photo of you wearing clothing rather than the clothing itself rankles a little, at least it’s for a good cause – the proceeds from the Neo-Ex collection goes to clean water charity Water Aid.