All you need to know about Casino Cosmopol in Stockholm 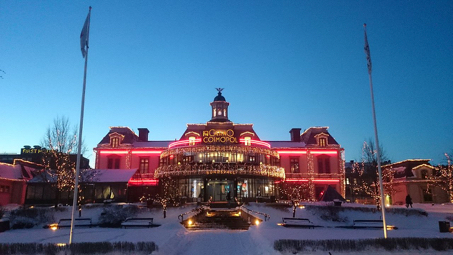 Sweden is one of the jewels of the Scandinavian peninsula. From its architecture to neat frost-bitten and suspended beauty, the country is without a doubt one of the most beautiful places under the northern sun. And a highlight that you would not want to miss while visiting Stockholm, the capital, is Casino Cosmopol. An established brand and a popular gambling venue, Casino Cosmopol is one of the main attractions to anyone who loves night love.

Cosmopol Remains a Pillar of Gambling in Sweden

The capital’s premier casino property remains as exciting to the night owls as ever. The gambling regulations in January 1, 2019, didn’t effect their business and the glamour still remains as shining as ever.

Without any hesitation, the casino has a lot to offer. From the slot machine parlours to the bars and restaurants which offer tasty treats and even tastier drinks to wash down a hearty meal with.

Of course, anyone who is willing to explore the interior of the casino will need to register, have their photo taken and since gambling addiction has always been a concern for the Swedish legislators, the minimum legal gambling age in Sweden is 20.

As a result, Cosmopol might just deny you entry if you have history of problematic gambling behaviour, so keep this in mind. Meanwhile, it helps to know a few basic details about the casino, especially if you want to address a question to management or perhaps make a reservation:

Casino Cosmopol is also a subsidiary of Svenska Spel, Sweden’s largest company on the regulated gambling market, owned by the state. In fact, Cosmopol is a casino with Swedish license, which makes the property an entity compliant with all the latest regulator changes in the country’s gambling legislation. The Stockholm property is in fact the fourth casino under the Cosmopol brand to open in Sweden, with the following timetable and locations of openings:

Beyond Brick-and-Mortar: Can Cosmopol Compete with iGaming Giants?

Since January 2019, the country has experienced a rapid expansion of its iGaming industry. Yet, the introduction of new betting entities has been checked and regulated by Spelinspektionen, Sweden’s national gambling regulator.

Cosmopol has been affected by the surge of online gambling, citing lower profits, but yet – the company has persevered. As it turns out, land-based casinos continue to attract a specific crop of players who prefer to still experience the casino in person. That has been good news for Cosmopol, which continues to operate all four venues to date.

Meanwhile, Svenska Spel, the company that owns the casino, has been reporting shrinking revenue from online activities. The latest results are occasioned by a change of the company’s status from a monopolist into just one of the many entities to compete for the market share.

Another reason why the bottom line has been affected has been the suspension of advertisement in Sweden. Spelinspektionen has very strict guidance about online gambling that precludes the use of advertising materials as well as prohibits bonuses. Originally, the regulator allowed both, but after an inundation of TV spots and online ads, the guidelines have been rethought.

Some brands also used bonuses passed the welcome bonus offer – which was the only one allowed at the beginning – prompting the regulator to step up its efforts and protect consumers better.