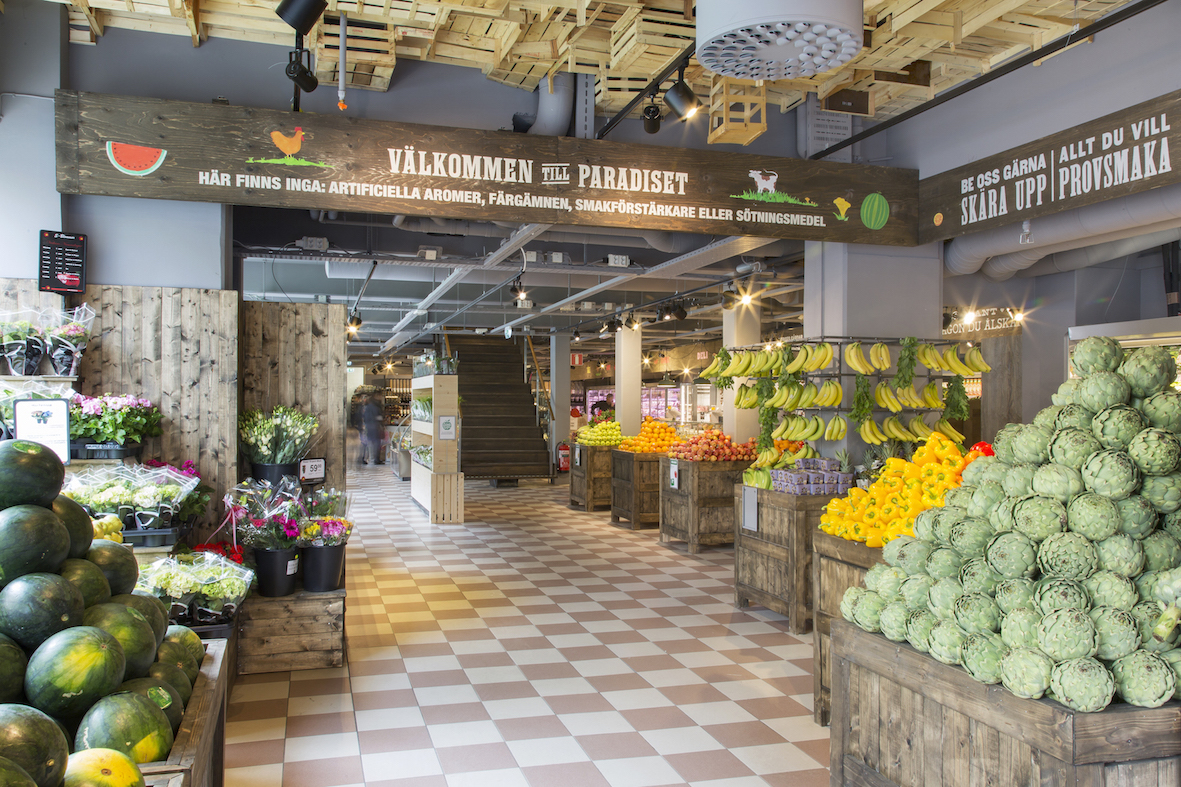 Paradiset is Sweden’s biggest food chain for organic and natural products, with stores on Regeringsgatan, Brännkyrkagatan and another one opening at the end of November. Founder Johannes Cullberg wants to prove that organic boutiques are not necessarily more expensive than the big chains, so we met him to talk about it.

So what got you initially interested in organic and ecological food and how did that grow into Paradiset?


It was when I had kids that I really started thinking about what I was eating, and what we were going to feed to the kids. That was maybe five years ago. I got frustrated because I couldn’t find any good places to shop. In Sweden we have a very strange market, there are three big players basically. ICA has 51% of the market, COOP with maybe 20% and Axfood with 15% or something. So three players have almost 90% of the market, and they all look and feel the same – boring. So I got frustrated. I had established Lidl in Norway before, which a range of about twenty-five stores, so I had done it [established supermarkets] before. But Lidl and I don’t really share the same values, so I left after a while.

Part of your philosophy is that you want to make organic food more fairly priced and available, and you had a study commissioned which showed that you’re cheaper than the major supermarkets when it comes to organic food. So do you think there’s a perception and prejudice against organic food, that it’s expensive and out of reach for most people?

Yeah, definitely. The problem is that we’ve grown accustomed to the idea that food should be inexpensive. But what you put in your body is very important, and to save on that is stupid because you’re going to pay for it later on. There’s never a free lunch. So if we buy the really cheap chicken or the really cheap pork, someone is going to pay. It’s either going to be you, because you’re getting the medication that they feed the chicken with, or the environment from growing the soy beans in Brazil (to feed the animals) or the workers who get poisoned from the pesticides. Someone always has to pay the price. So what we’re trying to do is show that premium doesn’t have to mean a golden crust. It’s going to be more expensive than Lidl, but we want everybody to be able to afford it. It shouldn’t be your wallet that decides if you can shop at our place. When it comes to ICA and COOP, we should definitely match their prices. And in addition to that it should be a nice environment, with staff that are knowledgeable, and just a place you want to hang out, meet your friends and have a beer. It’s important to socialise and drink a glass of wine, because we’re not health fascists, we sell candy and potato chips too, but good ones with good fats.

And you’ve got the café/hangout area here too, is that an attempt to distinguish yourselves from the aisle panic of the standard supermarket?

Yeah, aisle panic, that’s a good phrase. One of the things that made me decide to do this was that I hated the shopping experience so much in my local ICA store. I started to time my visits and I eventually got mine down to thirty-seven minutes, so we did the whole week’s shopping in that time. But then they rearranged everything and my time went back to over an hour, and I just flipped. So you don’t want to have a feeling where the customers and counting down the minutes until they can get out, you want to instead create the feeling where people say ‘Hey, let me do the shopping today’. So you want to create a nice experience, where people can have a burger or a beer and then shop.

In addition to just selling food and products, you also offer education and lectures, so can you tell us a little about those?

We’re just beginning in that area. That’s the part that will probably grow the most in the coming year. Knowledge is the key in getting people to understand why they should, pay more for an organic chicken, for example. So knowledge is the main thing. We need to educate the ‘light green’ population as we call them, who may not be totally convinced that they ought to spend a little more on organic products. So we’ll have people coming into the stores for lectures, for inspirational talks. We’re going to start working with our social media for filming talks with me, my version of TED talks. I’m going to be doing interviews with guests and so on. We’re going to build a loyalty program based on knowledge, where you get rewards for learning more. It’s a cool thing I think, the gamification of knowledge.

So what kind of products are you selling here that people might not expect? When people think organic they obviously think of fruit or vegetables or stuff like this. But you also have shampoo and these products too.
Yeah, our customers are obviously into healthy living. They care about getting supplement and reliable skincare products, or toothbrushes where a tree is planted for every toothbrush sold. All of our products have a small perk and help towards a sustainable planet. That’s something you will probably not find in other stores and we love it.

On Friday there will be a Harvest Party at Paradiset Söder, where Paradiset’s suppliers and farmers will be in store and there will be special tastings and offers for guests. For more details check out the Facebook event.